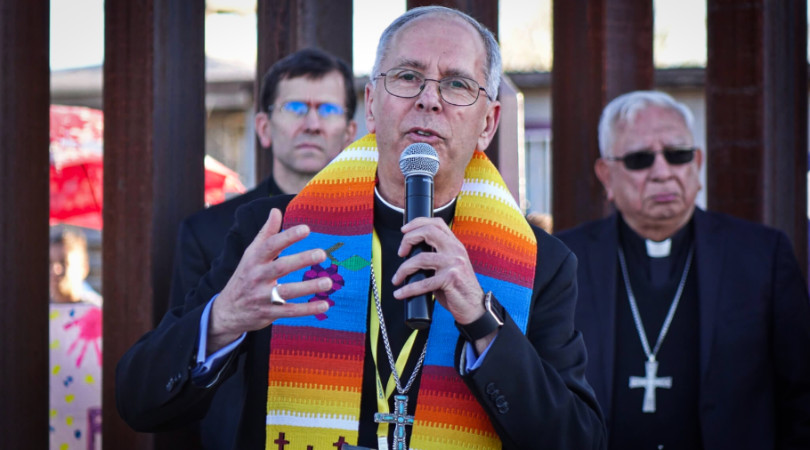 EL PASO, Texas (ChurchMilitant.com) - A Texas bishop is asking for more money from Catholics to fund asylum seekers in Mexico while they wait for processing by the U.S. government.

On July 30, Bp. Mark Seitz of the diocese of El Paso, in association with the Hope Border Institute, started the Border Refugee Assistance Fund for migrants on the U.S.-Mexico border near El Paso, Texas.

The statement on the fundraising page says, "Because of policies like Remain in Mexico, our sister cities in Mexico face the unprecedented challenge of meeting the basic humanitarian needs of refugees forced to remain in that country as they make their asylum claims."

It goes on, "Churches and local communities are doing everything possible to feed, clothe and offer shelter to thousands of migrant families fleeing desperate conditions and looking for safety and refuge."

Remain in Mexico is another name for the Migrant Protection Protocols launched by the Trump administration in January to address the problem of asylum seekers bailing out on the application process once they get into the United States.

Now, asylum seekers must stay on the Mexico side at one of three designated border crossings, Ciudad Juárez being the biggest.

Seitz protested the Remain in Mexico rule in June when he personally walked asylum seekers across the border.

Since President Donald Trump took office in 2017, the U.S. Conference of Catholic Bishops (USCCB) has been pushing back against all his efforts to secure the U.S. southern border, releasing nearly a dozen statements complaining about the Trump administration's handling of immigrants.

Since at least the Obama administration, the USCCB has received over $4 billion in government funding with 97% of the USCCB's federal funding going towards the support of legal and illegal immigrants and refugees.

A 2013 document titled "Catholic Church's Position on Immigration Reform" claims Catholic social teaching demands "[t]he first duty [of government] is to welcome the foreigner out of charity and respect for the human person," while "[t]he second duty is to secure one's border and enforce the law for the sake of the common good."