A contentious battle is taking place at this courthouse in downtown Houston, Texas over a law that gives hospitals virtually unlimited power to decide the fate of patients.

Oral arguments took place centering on the question whether the law, called the Texas Advance Directives Act — or TADA for short — violates patients' constitutional rights by depriving them of due process.

Texas Right to Life has led the vanguard in opposing this law.

Incredibly enough, their main opposition is none other than the Texas Catholic bishops.

Incredibly enough, their main opposition is none other than the Texas Catholic bishops, who argue the law comports with Catholic teaching. In a friend-of-the-court brief filed last year, the bishops stated, "Human intervention that would deliberately cause, hasten, or unnecessarily prolong the patient's death violates the dignity of the human person" (emphasis added by bishops).

But critics say the law isn't about needlessly prolonging death; rather, it's about depriving a patient of life and hastening his death.

The Texas Advanced Directives Act came to national prominence in 2015 in the case of Chris Dunn, a former EMT and Homeland Security employee who checked in to Houston's Methodist Hospital in October 2015 suffering from a mass on his pancreas and renal failure.

His doctor determined his "quality of life" warranted no further medical care, and the hospital's ethics panel agreed — against the wishes of Dunn himself, who was conscious, alert, responsive and made clear he wanted to live. A 2015 video shows Dunn practically begging to be kept alive.

Dunn's mother, Evelyn Kelly, fought the hospital, and with the help of attorneys secured by Texas Right to Life, got an injunction against the order, allowing her son to live another month. He passed away peacefully and from natural causes two days before Christmas.

His mother sued the hospital arguing that the Texas Advanced Directives Act is unconstitutional.

The law gives hospital ethics panels enormous power with practically no oversight. Whatever decisions the panel makes with regard to a patient, that decision is final. There is no appeal, no review by any court.

Plus, there's a loophole. You don't have to be terminally ill for a hospital to decide you should no longer live.

And the reasoning behind their decisions remains vague and unclear. A doctor makes the determination that the patient's so-called quality of life does not meet the threshold for continued care, but "quality of life" is subjective, it's amorphous and it differs from doctor to doctor and hospital to hospital.

Another concern: The hospital is supposed to decide what's in the best interest of the patient, but too often these panels are made up of hospital staff, giving rise to a conflict of interest. Hospitals know it costs them many thousands of dollars a day to keep uninsured patients alive.

Performing a cost-benefit analysis, from a purely financial standpoint, it's always more beneficial to a hospital to hasten the death of uninsured patients rather than shell out hundreds of thousands of dollars to keep them alive.

The Texas Conference of Catholic Bishops conducted an unprecedented attack against the pro-life group.

But most troubling is the fact that Texas Right to Life — a very large, very Catholic group — has not received the support of the Texas bishops. In fact, last year, the Texas Conference of Catholic Bishops conducted an unprecedented attack against the pro-life group, one of their criticisms being that it opposes the Texas Advanced Directives Act.

Currently, no other state in the country has a law that gives such wide-ranging power to hospitals to determine the fate of patients, and critics say what's happening here is no more than creeping involuntary euthanasia. Texas Right to Life is vowing to continue the fight to protect the dignity and value of human life with or without the help of the bishops.

Reporting from Houston, this is Christine Niles for Church Militant. 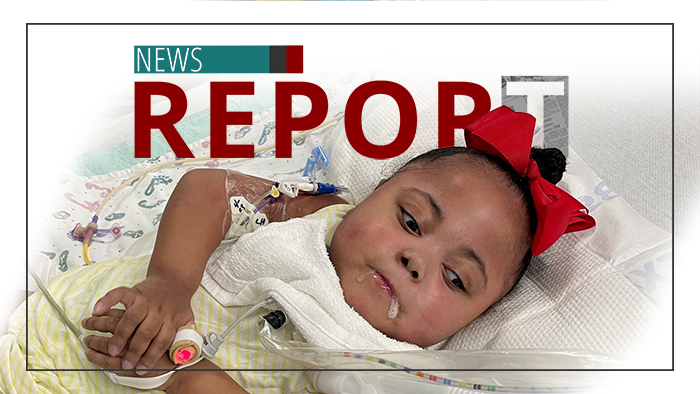