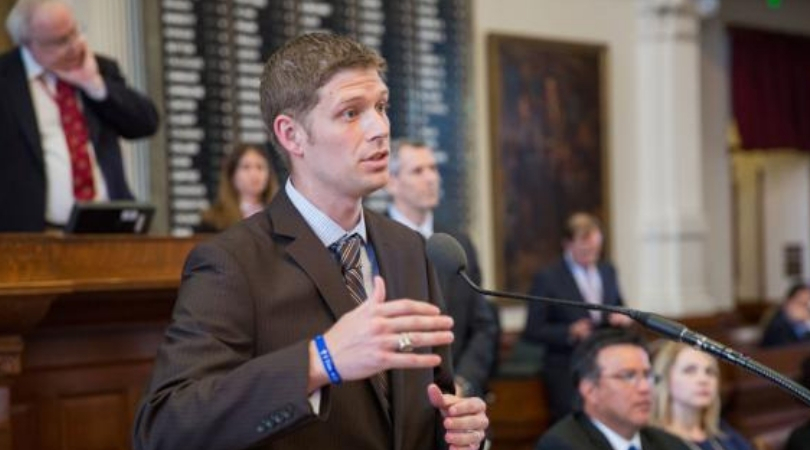 Also known as the "Save Chick-fil-A Bill," House Bill 3172 would have protected business owners with publicly stated religious opinions from adverse government action.

For example, the CEO of the fast food chain is an acknowledged critic of same-sex marriage as well as a frequent donor to organizations that promote traditional Christian marriage. Because of these strongly held positions, the San Antonio city council refused to issue permits that would have allowed franchise placements in the city's airports.

Representative Matt Krause (R-Fort Worth) introduced HB 3172 this past March. In part, the text of the bill reads: "Notwithstanding any other law, a governmental entity may not take any adverse action against any person based wholly or partly on the person's membership in, affiliation with, or contribution, donation, or other support provided to a religious organization."

The bill, however, was defeated successfully not on its merits but by a point of procedure claiming the description of the bill was misleading. The fallout is that the bill is dead due to a May 10 deadline for preliminary passage of laws before the May 27 end of the 2019 legislative session (Texas' part-time legislature only meets for five months each year).

I don't care who you are, what you believe, the government should not penalize you for those beliefs.

"Hopefully, this is the day of discrimination against the LGBT community dies in Texas," said the openly gay Rep. Julie Johnson (D-Carrollton) as quoted in the Corpus Christi Caller Times. Johnson introduced two points of procedures against the bill rather than allowing it to be debated on the House floor.

"Bills like this are hurtful. They cause pain. And we can't allow religion to be a cover for discrimination," she added in a CNN interview.

"It's funny, we actually filed that bill before anything happened in San Antonio but it kind of clarified the reasoning need for it," Krause told KVUE, adding:

So I push back against the premise that it's in any way discriminatory. I tell people it helps Chick-fil-A but it also helps Ben and Jerry's. You know, it treats everybody equally, everybody the same. I don't care who you are, what you believe, the government should not penalize you for those beliefs.

Notably, there exists no evidence that Chick-fil-A's more than 2,200 franchises nor CEO Dan Cathy have ever discriminated against members of the LGBTQ community but hold fast to the notion marriage can only exist between a man and a woman.

However, activists have worked diligently to deny vendor space to Chick-fil-A in publicly funded locations such as airports and universities.

"This commonsense religious freedom effort is far from over. We will not allow the clear will of the majority of Texans and a bipartisan majority of the Texas Legislature to be thwarted by a few," said Jonathan Saenz, president of Texas Values Action.

The LGBTQ backlash against Chick-fil-A, while garnering enormous press coverage, hasn't hurt its sales. Forbes magazine reports the chain is positioned to become the third-largest franchise operation in the United States despite only being open six days a week because it's closed on Sundays.