That’s My Money, Your Excellency

Closing our wallets on the lavender mafia

Last week, the story broke that a high-ranking U.S. cardinal has been a homosexual predator for decades.

This predator was appointed by JPII, over the objections of Americans who flew to Rome to voice them because they knew about his behavior. He was kept in office by Benedict and Francis. He was retired honorably, and now lives on the laity's support.

Furthermore, members of the Catholic and secular media knew about his activities and said nothing.

I know I speak for hundreds of millions of Catholics, not just in America, but around the world, when I say the following to the Lavender Mafia in the Catholic hierarchy:

Because of you, most of my generation will die without Last Rites.

Why? You have sabotaged the future of the Faith by preventing honest young men with genuine vocations from entering our seminaries — calling them "rigid" when you read in their eyes that you cannot suborn them.

And the ones you do admit to seminaries? I have spoken personally with dozens of them. Your seminary teachers prey on them, using every grooming and abusive tactic in the book. If they acquiesce, they are prey for blackmail their entire careers. If they refuse, they are openly humiliated and mocked, until they leave, their faith all but shattered, their psyches all but destroyed.

As the mother of a son, here's what I told a young man in the Frankfurt, Germany seminary who told me and my husband that his teacher was openly mocking him at lunch gatherings because he had refused to have sex with him — knowing full well the boy was from a poor family which couldn't possibly afford to repay the tuition he would owe them if he quit.

If that boy was my son I would personally wreck your offices.

If that boy was my son I would personally wreck your offices.

Tear all the freaking "artwork" off your walls, and throw them all through your windows. Bust every piece of glass I could find, and before the police got there, I would do enough damage that every boy in that seminary would know that at least one parent would not take this crap lying down.

But luckily for you, my son is not in a Catholic seminary. Instead, this is what I am going to do: I am going to close my wallet. And I am going to get Catholics all over the world to do the same thing.

So listen up, boys.

We, the Catholics, demand the end of the Lavender Mafia.

And no crap about "zero tolerance" à la the laughable "Dallas Charter."

Giggling Over the Cosmopolitans

I can hear you snickering over your Cosmopolitans, boys. 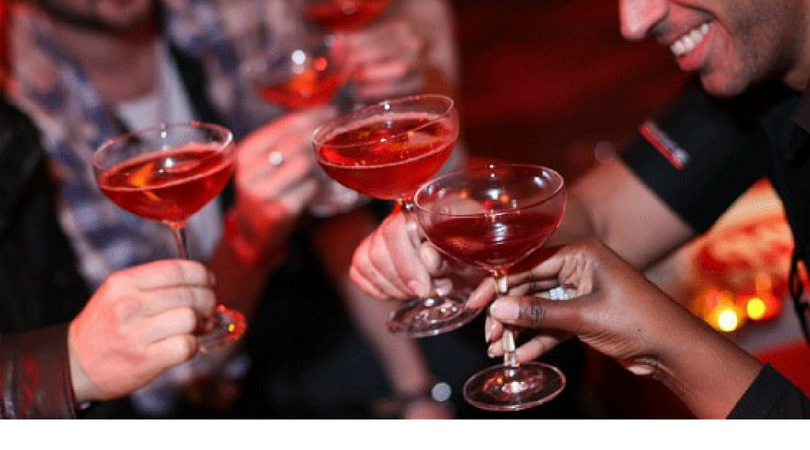 "Who does this woman think she is?”

Boys, in your world, I'm a nobody.

Except there's literally hundreds of millions of "nobody" Catholics just like me, and we are going to close our wallets.

I can hear you tittering, and toasting each other.

“What does she know about our sources of income?”

Well, each bishop is responsible for his own diocese, right? And about 95 percent of that income comes from 5 percent of donors, right?

So, boys, times have changed.

The information about what you are up to is all over the internet.

And the vast majority of Catholics are smart enough to simply divert their donations to the authentic Church, once they get the lowdown on what you and your minions are up to.

Tomorrow, I will outline our "Good Housekeeping Seal of Approval" list of seminaries, charities and apostolates that teach the authentic Faith and which can be trusted with our money.

Did you really think we would let you destroy the Faith of our families, our treasure for 100 generations since Christ walked the earth?

"How did Cardinal McCarrick’s secret last so long?" Phil Lawler

Beverly Stevens is founder and editor-in-chief of Regina Magazine.