The Amazon Synod and Married Priests

Evil brought into the Church under guise of 'safe, legal and rare'

Crux reports, "When the Synod of Bishops on the Amazon rolls around in October, the long-debated possibility of ordaining mature, married men to the priesthood in areas where there are priest shortages will be brought to the table."

Ever notice that when he who St. Ignatius of Loyola calls "the enemy of human nature" floats propositions to men, that proposition always begins under the guise of "safe, rare and legal"? This is not only in matters of human life, but even in liturgical matters. Father Heilman shows here in "Truth About Communion in the Hand While Standing" that Holy Communion in the Hand only started in 1969 by "bestowing an indult — an exception to the law — under certain conditions."

Notice how eerily similar this idea of a rare "indult" is to the deadly phrase of what the U.S. government once declared would be "safe, rare and legal."

I speak Portuguese and I've been to Brazil three times, including a mission on the Amazon of Brazil. As Fr. Taborda, S.J. alludes to in the above Crux link, I too saw that many communities get confession and Holy Mass only once a year. This was usually done by a priest headed up a boat on one of the thousand tributaries of that sea-river to bring Christ to the indigenous people of Brazil.

Ever notice that when he who St. Ignatius of Loyola calls 'the enemy of human nature' floats propositions to men, that proposition always begins under the guise of 'safe, rare and legal'?

So, what about all those poor people without the sacraments? Yes, the Amazon synod will probably decide that for the good "end" of the dissemination of the sacraments, and for the good "end" of the poor receiving the Eucharist (which I both admit are good!) we must begin the "means" of married priests. In fact, this is also the perfect time for this to get passed, politically speaking. This is because the Synod of Bishops in the Amazon will happen in October 2019, which is the same year (albeit months later) that we just finished the sex summit in Rome.

I can already hear the mainstream media: Wouldn't marriage be a better pressure-release valve for sick priests than abusing each other or seminarians or children?

Again, the end justifies the means: married priests. Soon, the "safe, rare and legal" option becomes the norm, and when the norm becomes the exception, then the tradition becomes the rigorous exception requiring an indult. Yes, I am actually predicting that at this rate we will need an indult to stay celibate, were I not equally confident that the triumph of the Immaculate Heart of Mary will arrive before the internal enemies of the Church have this much advance.

The end justifies the means.You may notice that every time evil wants its way in the Church in the 20th or 21st century, it attempts one of these two theological tricks:

For example, many priests have led married couples under "conscience" and "pastoral reasons" to use contraception, often due to medical reasons. But such priests still lead married couples to Hell, despite odd modern protests by them that God would somehow honor broken human consciences more than His own divine law and divine revelation.

The Amazon synod won't be a pan-global mandate for seminaries to recruit married men. Indeed, as the article said, the synod will first open the door for older married men to apply for Holy Orders.

Thus, the notion of married Western priests will be protected from alarmist outrage under pious pretexts like this: "Married priests will happen in rare cases of rural environments where the sacraments are greatly needed" or "This will only happen with viri probati." Satan is a legalist who tells us that we would rather have the sacraments in sin, rather than holiness in the Church and holiness in the priesthood.﻿ 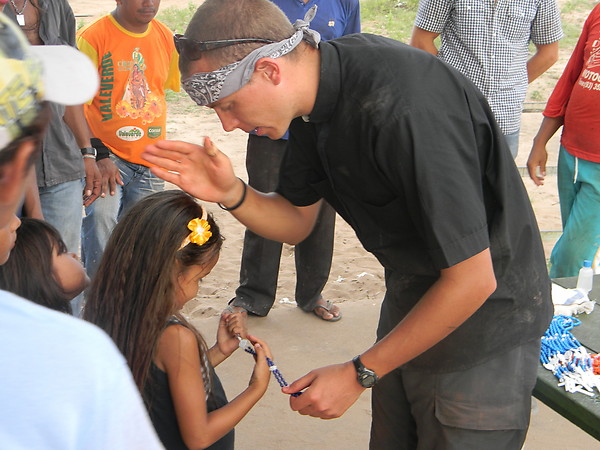 I'm not comparing married Byzantine Catholic priests or even Russian Orthodox priests to Satan or Roe v. Wade, for I fully realize that celibacy and the priesthood are parallel events that intertwine in the West. But this intertwining also has apostolic roots of celibacy requested of Our Lord to His priests from the very beginning, and this virginity for the kingdom is exactly the last vestige of priestly holiness that I predict to be sunk quietly in the Amazon river in a manner "safe, rare and legal."

Fifteen verses later: "Then Peter said in reply, 'See, we have left everything and followed you' (Mt. 19:27).

German Bishop: ‘New Theology’ Can Save the Church From Clericalism
By David Nussman   •   0
Watch
Report: Married Deacons Offering Mass in the Amazon?
By Stephen Wynne   •   0