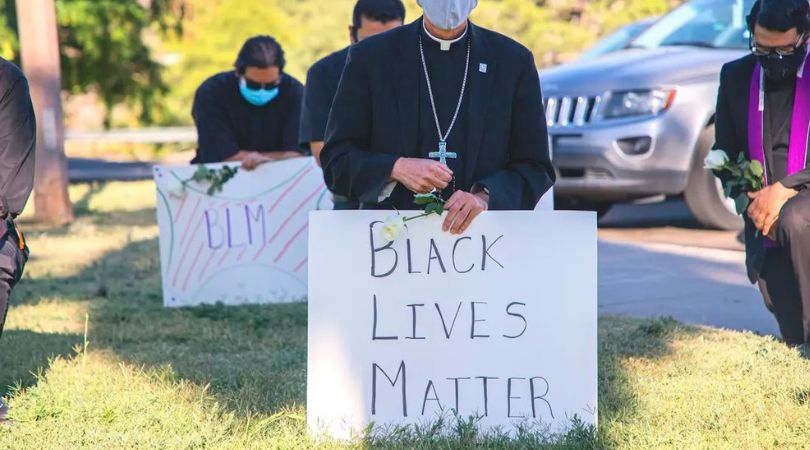 The overwhelming majority of Americans have bought the lie that racial discrimination not only exists but is prevalent. Today, 64% of adults believe "racism against Black people is widespread." Ironically, the only evidence of widespread racial discrimination in the United States is against White people, as seen in affirmative action, for example.

Racism is based on the belief that race is a fundamental determinant of man's character. As such, this asinine ideology holds that race produces an inherent superiority or inferiority.

A true racist (if you can find one) is a determinist. Determinism holds that one's circumstances, be it skin color or environment, override free will.

Racism makes no sense whether you're looking at it from the lens of logic and reason or divine revelation.

Doctor of the Church St.Thomas Aquinas rejected determinism in his Summa Theologica, writing: "Man is master of his acts and of his willing or not willing, because of his deliberate reason, which can be bent to one side or another."

Likewise, the Catechism of the Catholic Church teaches: "By free will one shapes one's own life."

The Church's unalterable teaching on free will recognizes the inherent dignity of every human being made in God's image. And over time, there have been great examples of this fundamental Christian principle.

Pope Paul III, in his papal bull On the Enslavement and Evangelization of the Indians, made clear that "Indians are truly men ... not only capable of understanding the Catholic Faith ... but they desire exceedingly to receive it."

For those who were treating the Indians as "dumb brutes," Pope Paul said they were inspired by "the enemy of the human race."

The pope continued: "Indians and all other people who may later be discovered by Christians, are by no means to be deprived of their liberty or the possession of their property, even though they be outside the faith of Jesus Christ ... nor should they be in any way enslaved."

Today, the debate over racism always entails the topic of slavery. (That's also what drives the nonsensical demand for reparations.)

As Catholics, we make reparations by restoring what we have unjustly taken from God or neighbor — not by filling the pockets of entitled 21st-century minorities who were never enslaved or never experienced discrimination.

To learn more about this topic, go Premium and watch this week's Mic'd Up, in which David Gordon interviews Rev. Chris Alar, MIC. Alar is the provincial superior of the Blessed Virgin Mary, Mother of Mercy Province of the Marian Fathers of the Immaculate Conception in the United States and Argentina.