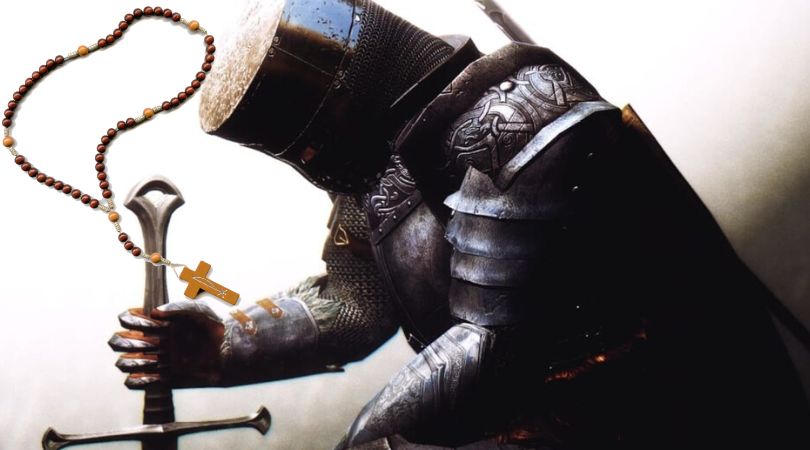 First in a series on chivalry

Masculinity is so derided as toxic these days that it deserves to be promoted and exalted.

Authentic Catholic masculinity was epitomized in medieval chivalry. Picture, if you will, an army of men, standards floating to the winds of glory, rushing upon the infidels in a cavalcade of faith and heroism.

This happened at the times of the Crusades, in the times when there was much faith on earth — times when people would follow the counsel of Christ when He said, "He that hath not, let him sell his coat and buy a sword." (Luke 22:36).

Chivalry was the Christian form of the military condition. It was a sort of code of conduct for knights. As we use the term today, we often think of chivalry as an ideal of military life and of gentlemanly conduct. It was by means of this chivalry that the Church transformed barbarians into saints.

In spite of all the defects that are known to us, chivalry gave the Church a collection of saints — men and women. Holiness was multiplied in them by heroism — by the magnificent energies they had. It suffices to evoke the saints, kings and queens since the 12th century; there have never been so many saints among the heads of states in a state known as being Catholic.

Holiness was multiplied in them by heroism.

Moreover, the missionary vocation of so many young Europeans going to evangelize pagan lands came directly from the spirit of chivalry.

Today the missionary spirit to convert pagans to Jesus Christ is belittled, even by people in the Vatican.

But true Catholics can understand the value of this institution when they consider St. Louis, king of France; St. Ferdinand, king of Castille; St. Nuno Álvares Pereira, a general and mystic from Portugal; St. Joan of Arc in France. They were some of the saints that were generated by the Church through chivalry, and because of this, chivalry was admired, even by infidels.

So, the knights were the vassals of God and soldiers of the Faith. For them, Our Lady was their dame, the lady whom they served because a vassal served the lady of his castle.

This relationship with God and Our Lady was so alive, so real, that it sometimes caused confusion.

For example, when St. Joan of Arc presented herself to the captain Robert de Beaudricourt, asking him to give her soldiers to help save France, she left him confused when she said to him, "France does not belong to the sire of England, nor to the sire of France, but to my Sire."

The captain was amazed because there were already two kings disputing the throne of France, and now she seemed to hint at the potential of a third one. So he asked, "Who is your sire?" She replied with a candor of innocence, "Mon sire est Dieu" — My king is God.

St. Teresa of Ávila referred to Our Lord Jesus Christ as "Your Majesty," because for her He was her living king.

Most Holy Lord, Father Almighty, Thou who didst permit the use of the sword on earth to combat the perfidy of the evil ones and to defend justice, and want to establish the Order of Chivalry for the protection of the people, permit that Thy servant here present may dispose his heart to do good and never make use of this sword or another to injure anyone unjustly, but he may use it always to defend justice and right.

So let's look at what are sometimes called the Ten Commandments of Chivalry. The first two parts of Catholic catechism — believe what the Church believes and do what She commands — were encapsulated in chivalry's very first commandment:  Thou shalt believe all that the Church teaches and shalt obey all Her commandments.

So, to be a knight, you had to be Catholic.

When St. Louis IX was a prisoner of Octai, a Muslim, in Africa, Octai placed the tip of his saber against the king's chest and threatened, "Make me a knight, or you are dead!" And St. Louis said, "Make yourself a Christian, and I shall make you a knight." Octai, after hesitating for a moment, lowered the saber and left the place. Such was the fidelity of the knight — the king — to the teachings of the Church!

At Mass, when the Gospel was being read, all the knights drew their swords and raised them to indicate they were ready to fight to defend the message.

When St. Louis went on the Crusade, his troops sang the "Veni Creator Spiritus" as they departed for the Holy Land.

Saint Joan of Arc's motto went into history: "The soldiers will combat, but God will grant the victory."

In the First Crusade, when the Christians conquered Jerusalem, and many crusaders gave themselves to secure treasures for themselves, the leader, Godfrey of Bouillon, the duke of Lorraine, removed his sandals and went to find his treasure: the Cross of Jesus in the Church of the Holy Sepulchre. "I do not wish to be crowned with gold where Christ was crowned with thorns," he insisted. He only accepted the title of baron, which is the lowest of nobility, and defender of the Holy Sepulchre. Such was the faith of the true knights, vassals of God.

Godfrey of Bouillon was so strong that when the Muslims asked him if he could cut a man in half, he said, "Yes." To prove it, he cut the head of a camel with one blow. The Muslims said it was due to his enchanted sword. He asked for one of their scimitars and cut the head of another camel. They were stunned. The great crusader explained that if he had great strength, it was because he had never stained his hands with impurity. After his death, he was buried under the floor of the Church of the Holy Sepulchre.

The poet Tennyson encapsulated the ideal of masculine purity in his poem "Sir Galahad":

My strength is as the strength of 10,
Because my heart is pure.

Today, how do faithful Catholic men fulfill the first commandment of chivalry? By learning, loving and serving the Holy Catholic Church. Her mind is expressed in catechism and defended by apologetics; keeping all of Her commandments is a necessary consequence. 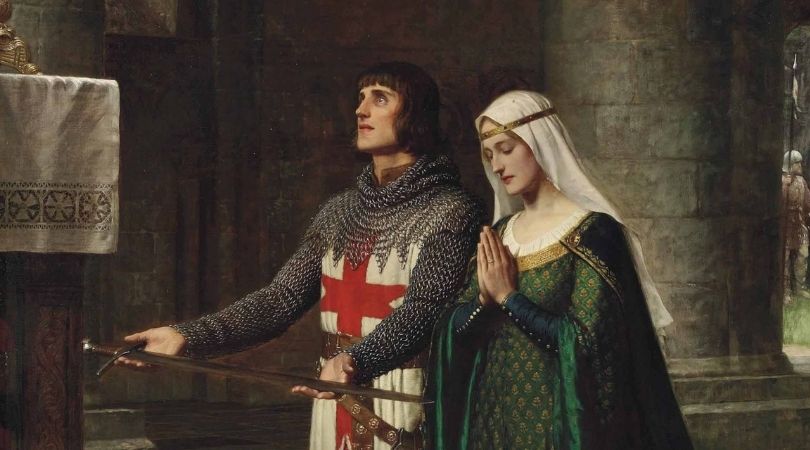 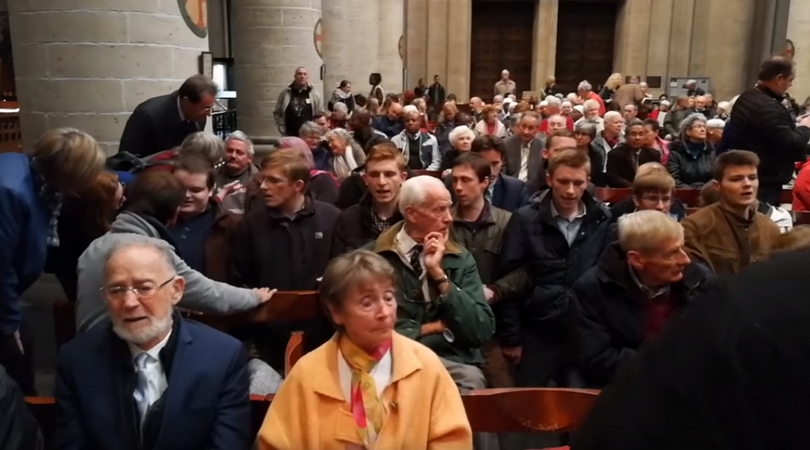 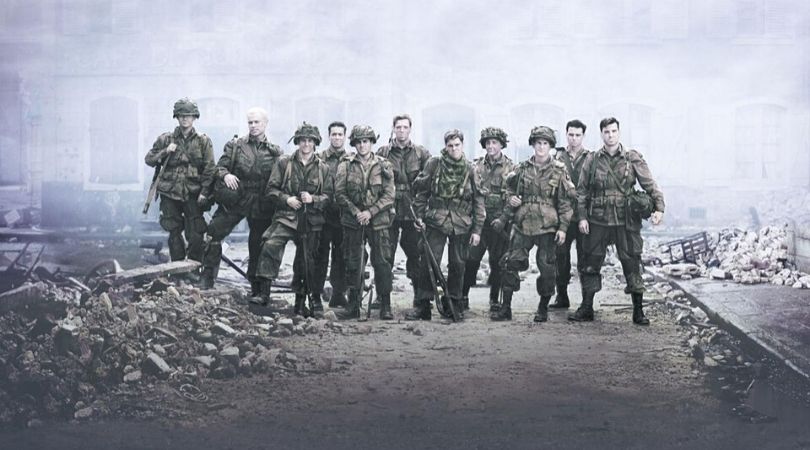