‘The Devil and Bella Dodd’ 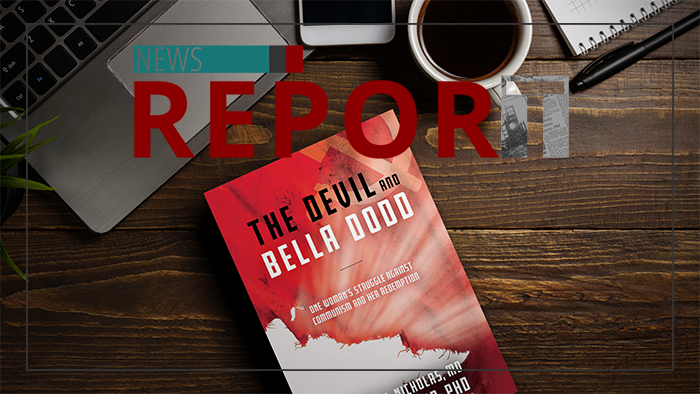 A story of redemption

Paul Kengor, Ph.D., executive director, Institute for Faith & Freedom: "So New York was just this hotbed cesspool of communism, and it got to this sweet, little girl from Italy named Bella Dodd, who ends up working for the party."

Kengor: "Columbia was the most radical college in the United States."

In her 20s, she became a loyal member of the communist movement and served as a master organizer for the party, especially in the field of education.

Dodd's effectiveness in the infiltration of the educational system made her an easy pick to help place communists into Catholic seminaries.

Alice von Hildebrand, Ph.D., Catholic author: "In the course of the 20 years of activities for the communists, she recruited some 1,100 young men, neither faith [sic] nor moral, that entered seminaries."

But communist scheming was not the end of the story for Bella Dodd.

Kengor: "She sat down. He put his hand on her shoulder. She started just crying, and he said, 'There, there. It's OK. It's OK.' And she said, after a few minutes, maybe even 15 minutes — she doesn't even remember how it happened — they just find themselves in front of a statue of the Blessed Mother."

Dodd met and befriended Abp. Fulton Sheen, who instructed her and later officially brought her into full communion with the Church on April 7, 1952.

That month, Sheen made the front page of The New York Times after having preached in Rome about the communist infiltration.

Dodd spent the rest of her life speaking out against the evils of communism, even testifying before both the U.S. House and Senate.

Bella Dodd serves as a great example of the redemption that even the most hardened sinner can find in Jesus Christ and His Church.

To watch our full interview with Dr. Paul Kengor, please visit our website, where the whole thing is posted under the interviews section.