Inconvenient facts about the refugee influx

There is a rape epidemic in Europe — and it's linked directly to the influx of Muslim migrants. But European politicians and American mainstream media and the U.S. bishops are refusing to acknowledge the obvious for reasons of political correctness.

The U.S. bishops recently issued a letter stating: "We strongly disagree with the Executive Order's halting refugee admissions. We believe that now more than ever, welcoming newcomers and refugees is an act of love and hope."

A recent report shows 72 terrorists have come to the United States from those same countries since 9/11. In fact, Ohio State jihadist Abdul Razak Ali Artan, gunned down after running around campus with a butcher knife in the name of Allah, was a Muslim refugee from Somalia — one of the banned countries.

And it isn't just concern over terrorism. Recent reports show that 100 percent of rapes in Oslo, Norway were perpetrated by non-European migrants, with nine out of 10 of the targets being European women. Denmark's rates are also alarming, with a majority of sexual assaults committed by Middle-Eastern migrants. And Sweden is the rape capital of Europe, with 77 percent of rapes in the country committed by the two-percent Muslim population.

Sweden is the rape capital of Europe, with 77 percent of rapes in the country committed by the two-percent Muslim population.

The rape epidemic in Scandinavia has gotten so bad that some blonde women are dying their hair black and only going out in groups in order to avoid being targeted by Muslim men.

The New York Times reported in January that courses are being offered to help Muslim migrants integrate into Western society.

A course manual sets out a simple rule that all asylum seekers need to learn and follow: "To force someone into sex is not permitted in Norway, even when you are married to that person."

In Denmark, lawmakers are pushing to have such sex education included in mandatory language classes for refugees. The German region of Bavaria, the main entry point to Germany for asylum seekers, is already experimenting with such classes at a shelter for teenage migrants in the town of Passau.

Such notions may be a revelation to many of these men, who often come from brutally misogynistic countries like Pakistan, Somalia and Afghanistan — where Sharia law permits the stoning of women who've been victims of rape, where husbands are permitted to beat their wives (with the sanction of the Koran) if they disobey their husbands, and where women are in general strictly monitored and their movements restricted.

When people come from these societies — deeply ingrained with the concept of women as their property over whom they exercise absolute rights — and migrate en masse to Western nations, it's unrealistic to assume they will acquire a respect for women overnight. The facts prove otherwise: Many of these men fail to integrate, bringing their prejudices and violent, misogynistic tendencies to bear on unsuspecting European women, whom they hold in even lower regard than they do Middle-Eastern women.

The hundreds of sexual assault cases in Cologne on New Year's Eve marked something of a turning point for Germany. Whereas German citizens may have viewed migrants with a more sympathetic eye beforehand, much of that sympathy has vanished after the New Year's Eve attacks — where more than 800 women throughout Germany (with reports later surfacing of similar happenings in Sweden, Finland, Austria and Switzerland) were sexually assaulted by Muslim migrants, who surrounded the women, isolating them, and then groped, grabbed and in some cases raped them.

Egyptian women in Tahrir Square in 2013 reported being encircled by men, drawn away from their girlfriends and then violently assaulted — what the women called the "circle of Hell."

The situation was similar to what Egyptian women experienced in Tahrir Square in 2013, when a number of them reported being encircled by men, drawn away from their girlfriends and then violently assaulted — what the women called the "circle of Hell."

Sexual assaults and in some cases forced prostitution are taking place in German refugee camps, where women and children are seen as "fair game," with little protection in the overcrowded tents. The situation has gotten bad enough that separate camps are being set aside only for women and children in order to protect them. And some of these sexual crimes are now spilling over into the neighboring towns.

Poland is also experiencing migrant fatigue, with the cover of a Polish magazine featuring a controversial image of a European woman wrapped in the EU flag being grabbed by dark-skinned hands, under the title "The Islamic Rape of Europe."

The overwhelming number of reports reveal that the rape epidemic in Europe is real, and it's directly tied to the migrant crisis in Europe — a crisis that is now approaching the United States with the recent influx of Syrian refugees. If American leaders — including the U.S. bishops — don't confront the hard truths about Islamic culture and ingrained beliefs of many of these Middle-Eastern migrants, American women and children may soon start experiencing the same horrors as those increasingly faced by European women.

Watch the panel discuss the obsession with immigration on The Download—Tone-Deaf Bishops. 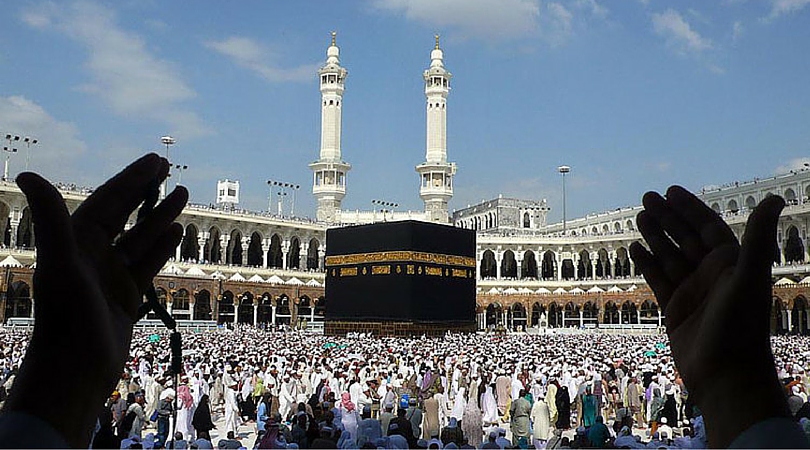