The Download—What Makes a Marriage Valid?

Pope: It's enough to intend permanency in marriage to make it valid

VATICAN (ChurchMilitant.com) - Pope Francis is rephrasing his recent off-the-cuff opinion to say "a portion" instead of a "great majority" of attempted sacramental marriages are invalid owing to the fact that people don't understand permanency and commitment.

But his prepared clarification from January on this very topic sheds much-needed light on his thoughts, where he said, "The lack of formation in faith and also an error regarding the unity, indissolubility and sacramental dignity of marriage may vitiate matrimonial consent only if they determine will" (emphasis added).

In other words, it's what the spouse intends that makes the marriage vows valid, and not one's theological understanding of marriage, as complete or incomplete as it may be. A couple must intend by their vows (1) to remain faithful to one another, (2) to stay in a permanent relationship, and (3) to be open to children in order to meet the low bar of matrimonial consent. Having a theological understanding of marriage isn't necessary to confect the sacrament.

Holy Mother Church presumes everyone after puberty knows these simple facts of life well enough to make proper marriage vows. Canon 1096 iterates this low bar for valid consent, saying the couple must,"at least not be ignorant of the fact that marriage is a permanent partnership between a man and a woman, ordered to the procreation of children." The canon further states, "This ignorance is not presumed after puberty."

Canon 1099 agrees with what the Pope discusses in regards to determining the will. "Provided it does not determine the will, error concerning the unity or the indissolubility or the sacramental dignity of marriage does not vitiate matrimonial consent."

The Pope's statement was made January 22 in an audience to the Apostolic Tribunal of the Roman Rota, the dicastery that deals specifically with marriage validity. In that audience the Holy Father explained,

It is good to repeat with clarity that the quality of faith is not an essential condition of matrimonial consent ... even when the faith has not been developed and psychologically appears to be absent. It is not rare for those who are betrothed ... at the moment of celebration, to have a conscience limited in the design of the project of God, and only afterwards, in the life of the family, to discover all that God the Creator and Redeemer has established for them.

The Church has always safeguarded the dignity of marriage. Each marriage is always presumed valid until proven defective using concrete evidence. Canon 1060 upholds this: "Marriage enjoys the favor of law. Consequently, in doubt the validity of a marriage must be upheld until the contrary is proven."

It is therefore not without reason that Pope Francis warns that "errors regarding the sacramentality of marriage must be weighed very carefully."

Watch the team break down Pope Francis' latest remarks on marriage and decrees of nullity on "The Download—The Pope on Marriage." 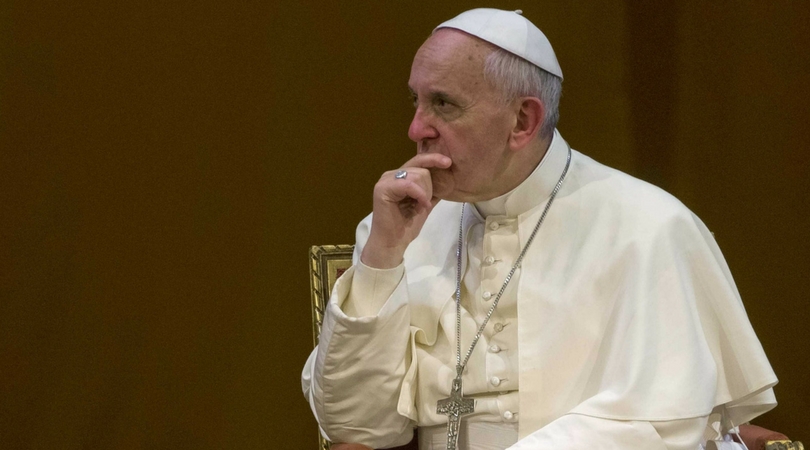