The End of Christian France?


Catholicism is barely surviving in France.
Political analyst Jérôme Fourquet, director of the opinion department of the French Institute of Public Opinion (IFOP), published a book this month called L'archipel français: naissance d'une nation multiple et divisée, presenting despairing data regarding the decline of Catholicism in France. The study, a multidimensional analysis of the factors that have deeply affected the present fragmentation of French society, sets forth such low numbers for the Catholic Church that Fourquet considers these more than just "an alarm bell," but the official prelude of the end of Christian France, the disappearance of the "eldest daughter of the Church."
Fourquet considers these more than just 'an alarm bell,' but the official prelude of the end of Christian France.
France's detachment from Christianity is so strong that Fourquet defines this as a "post-Christian era" as "French society's displacement from their Catholic matrix is almost total."
The recent numbers confirm a trend that has only been increasing since the French Revolution. At this point, only 4 percent of French people regularly attend Mass on Sundays (8 percent in rural zones), civil marriages make up more than 60 percent of all marriages, and if the decrease continues, France might baptize its last infant in the Catholic faith by 2048.
It's likely that by 2031, sacramental marriages will be a relic of the past. In 1950, France had 50,000 priests; today there are only 10,000, the majority of them in advanced age. A few weeks ago, the seminary of Lille, which was home to aspiring priests of all northern France, temporarily closed its doors owing to low enrollment — only 10 students for the current academic year. Fourquet's gloomy forecast predicts that France's very last priest could be ordained as early as 2044.
According to Fourquet, "There's a process of growing dechristianization, which is leading to the 'terminal phase' of the Catholic religion, unless it camouflages with secular anti-Christian values, which is already happening."
French Vatican watcher Henry Ricq spoke about "the anguish of our own disappearance" in his 2018 book La grand peur des catholique, where the author affirmed he doesn't even "recognize the Church anymore" — a Church that's difficult to find and which many French people regard as a Church "of zombies."

Fourquet also mentions the cultural shift caused by Muslim immigration (Mohammed was the most popular baby boy name in Paris suburbs in 2017, and Pew Research projections estimate that the number of Muslims in France will double by 2050, arriving to 17.4 percent of the country's population): "For hundreds of years, the Catholic religion has structured the collective conscience of the French. Today's society is merely a shadow of what it once was. A great change of civilization is underway."
While Catholic churches are full of elderly "zombies," "mosques are full of young people and their places of worship usually aren't enough for their entire local communities."
In an interview about his book to French newspaper Les Echos, Fourquet explained that de-Christianization, the loss of influence of mass media, the continuous rise of mass individualism and immigration that have changed France's demographic profile are a few of the factors that have contributed to "an unprecedented fragmentation of French society. … These are profound phenomena and it is difficult to fight against them. We haven't found a matrix that could play a powerful cementing role."
According to the analyst, the main challenge for this new era is going to be finding a common matrix that could allow coalitions to form within French society again.
Fourquet's book was launched at the same time as several attacks on church buildings. Earlier this month, the historic church of Saint-Sulpice suffered an arson attack.
In February, the church of St. Nicholas reported three incidents of vandalism in 10 days, one that included the destruction of a 19th-century statue of the Virgin Mary. In the church of Notre-Dame des Enfants in Nîmes, the police found consecrated Hosts scattered in the rubbish and a drawing of a cross made with human excrement on the wall.
Sacred Hosts were also stolen and spread around the Notre-Dame church in Dijon. While these all took place in the last couple of months, the profanation has been persistent for a while. In July 2018, the church of Saint-Pierre du Matroi in Orléans, for instance, was partially set on fire and "Allahu Akbar" had been spraypainted on the walls.
Archbishop Georges Pontier, president of the bishops' conference of France and archbishop of Marsiglia, agreed with some of Fourquet's points: "Civil society in France was once organized according to Christian references. This period is over. Our societies are now religiously pluralistic."
Civil society in France was once organized according to Christian references. This period is over.
But for Pontier, this doesn't necessarily mean the end of the Church in the country: "The religious aspect is still present. The reflections of religious groups exist and they are heard in public debate."
Regarding the recent wave of church attacks, he insists that it's limited to a few people: "There are a few individuals who'll use any means to damage the Church, but it's not a predominant phenomenon. We are not victims of 'cathophobia' [as described by conservative politician Éric Ciotti]."
Pontier also insists that the Catholic faith is flourishing, mentioning that his diocese baptizes hundreds of adults every year. Indeed, this seems to be the only positive trend in the French Church, which has seen a growth of 40 percent in adult baptisms in the last 10 years.
--- Campaign 31544 --- 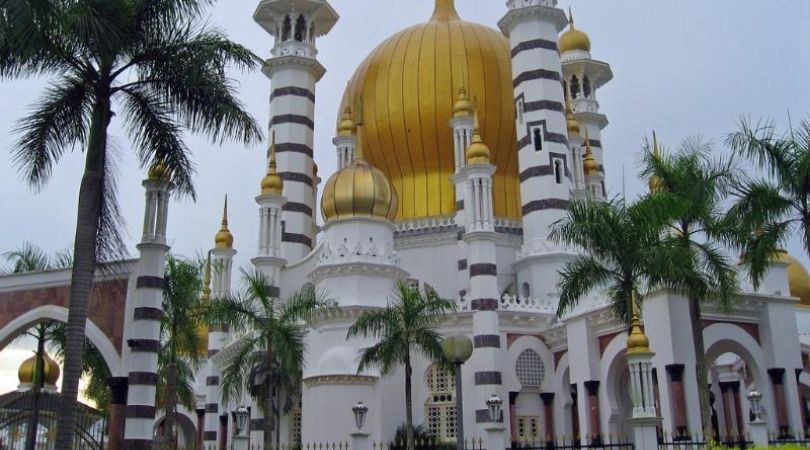