The European Ecumenism of Thantophilia: Charlie Gard and Antonio Spadaro

A study in contrast between American and European attitudes

The proper question to be raised in this and in any unfortunately similar case is this: what are the best interests of the patient? We must do what advances the health of the patient, but we must also accept the limits of medicine and, as stated in paragraph 65 of the Encyclical Evangelium Vitae, avoid aggressive medical procedures that are disproportionate to any expected results or excessively burdensome to the patient or the family. Likewise, the wishes of parents must [be] heard and respected, but they too must be helped to understand the unique difficulty of their situation and not be left to face their painful decisions alone.  If the relationship between doctor and patient (or parents as in Charlie's case) is interfered with, everything becomes more difficult and legal action becomes a last resort, with the accompanying risk of ideological or political manipulation, which is always to be avoided, or of media sensationalism, which can be sadly superficial. ~Abp. Vincenzo Paglia

Before the blinking eyes of the entire incredulous world, Charlie Gard's hearing at the European Court of Human Rights has been as drawn out, tortuous, and confused as a Fr. Antonio Spadaro article. And even less fun, if such a thing were possible — fewer laughs, you see. Even judging by many secular humanists' low standards, the legal process in the Gard case has been as loaded as it has been dilatory, complete with unaffected dawdling by a kangaroo court with the apparent aim of forced euthanasia.

From the outset, Americans have almost universally prayed and advocated on behalf of Charlie Gard. Even liberally or secularly inclined Americans have been staggered by the stentorian influence of Europe's controlling lobby, the culture of death (which, judging by a now-infamous piece of claptrap from July 11/12, is evidently preferred by Vaticanistas like Fr. Antonio Spadaro over the American "ecumenism of hatred" that sticks up for life. More on that to follow.)

For those of us who closely watch news in the Vatican, the timing and irony of the legal-medical Gard spectacle has been even more uncanny. Amid key dates in the Gard case, Spadaro chose to publish the above anti-American hit piece in the pages of La Civilta Cattolicá — neither civilized nor Catholic — with a thesis adumbrating a fundamentally "xenophobic" character of America. Spadaro sees faithful Catholics teaming up with America's Protestant "religious right" as oriented toward fell, nativist, hateful ends.

Shrewd minds (and here I'm separating wheat from chaff) see just where this is going; folks who believe Europe recognizes Charlie Gard's rights, on the other hand, do not see.

Like all third-rate academics wanting for brain power, Spadaro and his article's co-author continually adverted to ad hoc neologisms like "ecumenism of conflict" and many others (all beginning with the same word) in order to capture what their inexplicable incredulity could not: the partial overlap of American Protestant and Catholic policy positions.  Even a week after their article was first published, still no one knows why these authors don't see a natural concomitance between American Christians.

It's not too complex, guys: All people who love Jesus share an obedience before His clear words. It's not an "e" word that binds us but rather a "c" word: Christianity. Hold that thought for a moment, as I make plain the connection (in earnest, this will be much more a Spadaro article than a Gard article).

Especially in light of Spadaro's anti-American, xenophobic epithets, the facts of the Gard trial read stranger than fiction.

Young Charlie Gard's government-appointed attorney, it turns out, is a Laker dressed in a Celtic uniform. She is the Chairman of Compassion in Dying, a euthanasia advocacy group with a sister organization that supports assisted suicide. As such, neither side in the case actually represents Gard's mother's and father's parental rights. Great Ormond Street Hospital (GOSH), which specifically decried the Aristotelian-Thomist Christian vision of a "world where only parents decide for children," has argued before the court that Charlie's parents shouldn't be allowed to have access to his medical records. Charlie Gard's parents also can't remove him from the hospital room. They have only limited visiting hours. He's effectually being held captive, under a despotic European healthcare-as-statecraft system, witlessly determined to see the child die.

Chronology matters here.  It is worth noting that Abp. Vincenzo Paglia and the Vatican's Pontifical Academy for Life reversed its strikingly death-cultish (i.e., thantophiliac) position listed at this article's head only after the June 28 story in Il Fatto Quotidiano, detailing the emergence of the shameful, sordid party at the Vatican apartment. (The apartment's lease was reportedly interceded for by Pope Francis himself, at the request of Cdl. Franceso Coccopalmerio, the monsignor's superior.) The curial staff's party, well, got raided and turned up drugs and ... priests healing one another with their mouths (to borrow papal advisor Abp. Victor Manuel Fernandez's bizarre book title).

Charlie is effectually being held captive, under a despotic European healthcare-as-statecraft system, witlessly determined to see the child die.

To get such ugliness out of the news, and perhaps to avoid being bested by President Trump's stalwart defense of Gard, the Vatican changed its position on the Gard case from thumbs down to thumbs up, all within just three days of the gay drug party at the Vatican apartment (just as the heat was turned up).

But on July 18, Charlie and his parents got an even bigger break — an American break instead of a Vatican cover story. The bill to grant the Gards permanent resident status in America passed the House of Representatives with an overwhelming majority. It now awaits ratification in the Senate, which is expected. Assuming the story plays out as one can now reasonably hope it will, the situation will be characterizable as: Xenophobic America takes in gravely ill child, with parents, from compassionate, merciful Europe, which fought tooth and nail to extinguish the child's life.

You see, Fr. Spadaro: All the world (maybe even some Europeans) gets the punchline, except for you and your friends in the Vatican. America, with all its major blemishes — its anti-Catholicism, its Puritanism, its theology of prosperity — is worthy of much of its own bluster. We do welcome the world's weary and defenseless — just not its sweaty-toothed terror-mongers.

What this means in tangible terms is that we now find ourselves "through the looking glass," where up is down and black is white. Europe, with its death panels and its centrally planned hospital statecraft, is "merciful" in its own less-than-limpid eyes, while America — God willing, Charlie Gard's destination — is seen as "xenophobic."

You Europeans deign to self-appraise so ludicrously simply because you truckle before bullies, because you apologize to them for the Battle of Lepanto. (I'm anything but a mindless cheerleader, either: My forthcoming book will be called Why America Will Perish Without Rome, but I sure as hell don't mean "without Europe." I mean "without Christ's one true Church.")

Beginning in 2017, we once again have a president who stands up for innocent life: fetuses, the geriatric and little Charlie Gard. Some of us are cowboys. You heard right. Yippeecayay, my friend. Do you feel lucky?

In Europe, you folks will need more than luck, given the wholesale abandonment of Christianity there; given the dozen tyrants who have enjoyed power over your continent in just a century; given the socialism you gentle sheep still insist upon, hoping always for gentle masters — notwithstanding last century's dictators; given the wholesale repudiation of natural law and total divestiture of natural rights your globalist-inspired courts have imagined for you; given the death cult that has evidently even wormed its way into, ironically, the Pontifical Academy for Life.

Etiologically speaking, the influence exercised by the Culture of Death should be ascribed to what I call (and I know your helpless penchant for "ecumenism" clichés, Fr. Spadaro) Europe's "ecumenism of thantophilia." This invisible, operative force in Gard's case is the European cult of (abortive / infanticidist / contraceptive / euthanasiast / eugenicist / homosexualist) death, cross-bred between European sec-progs (who still believe in corpuscles instead of Jesus) and European CINOs (Catholics in Name Only). Just look at the Pontifical Academy for Life.

Father Spadaro, aside from what I wrote in "One Man's Response to Fr. Antonio Spadaro," the moral of the story seems to be: Call only xenophobes xenophobic. For that matter, hold out as exemplars only the exemplary, or at least those with a better record of human rights than European governments and hospitals. Next time you set out to impugn an entire region of a large nation, pick one less noble than the American South, the locus in quo of the globe's right-to-life movement. And next time you set pen to paper on behalf of Christ's one true Church, parse friend from foe with a more discerning eye. Friend, whether Catholic or Protestant, will always err on the side of life; foe, i.e., European secular progressives, will always see on the side of death. 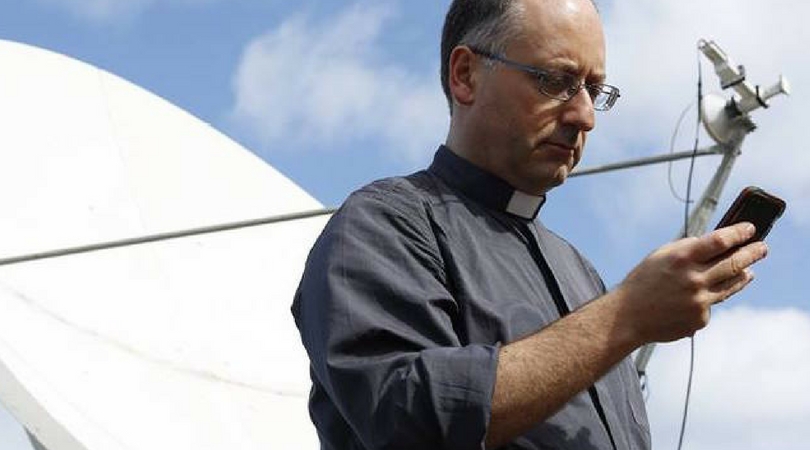