The Fight Against Sex Trafficking

A look at two projects at Funding Morality

Sexual trafficking is a booming industry, whether we speak of highly developed countries in the Americas or in Europe, or in less developed countries within Asia and Africa. Several projects or individuals around the world are speaking up to affirmatively do something to stop the escalation of sexual exploitation and to follow the biblical injunction of Proverbs 31:8–9. There we learn of our obligation to "Speak up for those who cannot speak for themselves; ensure justice for those being crushed. Yes, speak up for the poor and helpless, and see that they get justice."

The first situation involves a highly decorated London police officer, Jon Wedger. After discovering a major child prostitution ring in Metropolitan London, Wedger attempted to bring the perpetrators to justice. Unfortunately, because of the influence of those involved in the ring, the police chose to cover up his investigation.

When he decided to go public with his findings, he was terminated from his position. To help support Jon and his family while he fights to protect the children involved, bring this atrocity to the attention of a wider public and gain vindication, his friends and supporters established a funding morality crowd-funding appeal at Funding Morality. Donations can be made here.

The second situation involves a youth center in Kenya, a country that now ranks #7 as a popular destination for sex tourism in general and child sex tourism in particular. While innumerable articles have reported on the commercial exploitation of children in Kenya, very little capacity exists for treatment, counseling and rehabilitation of young people that have either been rescued from a lifestyle of commercial sex or are trying to leave it voluntarily.

An experienced youth counselor, Peter Mulinge, a man who successfully overcame his own trauma of early sexual abuse, has been a prime mover in establishing the Center for Compassion, Rehabilitation and Development in Athi River, near Nairobi. The Center assists boys and young men trapped either in a life of prostitution or in dangerous lives on the streets. The project is coordinated by the United Kingdom's Anglican Mainstream, an organization committed to the traditional values and scriptural truths of the Christian faith. Donations can made here.

Estimates are that human trafficking for sexual purposes is a $32 billion industry.

Both of these appeals are directed against commercial sex acts, actions that include prostitution, pornography, or sexual performances done in exchange for any item of value, such as money, drugs, shelter, food or clothes. Sex trafficking occurs when a person is forced or coerced into committing a commercial sex act. Estimates are that human trafficking for sexual purposes is a $32 billion industry. Such trafficking negatively affects the mental, emotional and physical well-being of those ensnared in its web. England's Jon Wedger and Kenya's Peter Mulinge have risked their lives and well-being to improve the lives of these vulnerable young people.

Funding Morality is a unique crowd-funding web platform in that it seeks to assist those supportive of traditional moral values. The platform highlights people and projects that reflect a Judeo-Christian worldview. It is sponsored by the not-for-profit Jewish Institute for Global Awareness, an organization whose mission focuses on developing programs to support and implement traditional biblical moral ethics. Additional information about these projects can be gotten from the Funding Morality or by contacting fundingmorality@jifga.org. 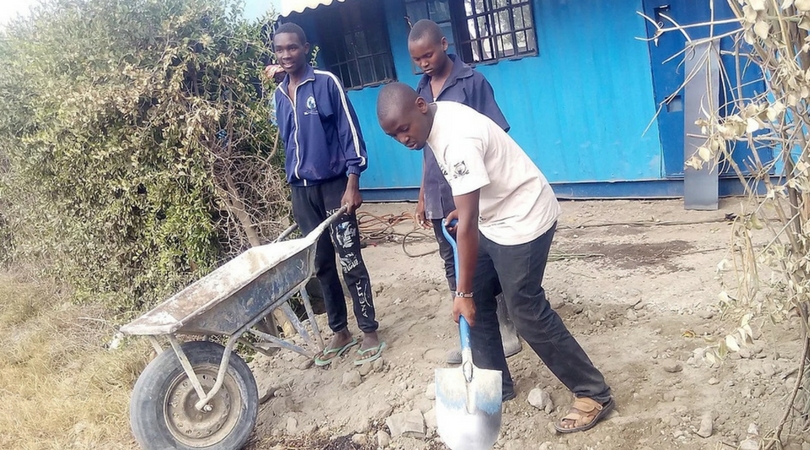