The Gay Rainbow Is a Mark of the Beast 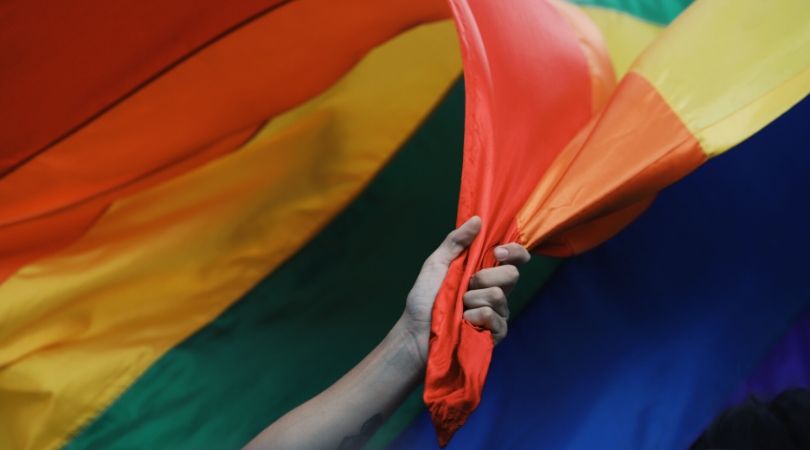 A symbol of unholy covenant

The six-color gay rainbow is a mark of the Beast, a telltale earmark of the diabolical horde scheming daily to raze Christendom to the ground and to drag innumerable souls to perdition in the process. The gay rainbow is — perhaps as a confluence of human ignorance and preternatural skullduggery — a mockery of the sign of God's covenant with mankind to never again flood the whole world in retribution for our sins.

As is well-known, in the days of Noah, God sent an all-consuming flood as a creational ablution to give the world a new beginning, purging her of her abundant wickedness. Scripture tells us:

However, Noah, who found favor with God due to his righteous and upright life, was spared from the condemnation that befell the rest of the world.

In the days preceding the flood, God told Noah to build an ark and fill it with pairs of every living creature. When the worldwide deluge occurred, Noah and his family, along with pairs of all the fauna of the earth, found safe harbor in the ark, floating atop the water as torrents cleansed the earth of her iniquity. When the waters receded, Noah and his family, along with the pairs of fauna that had taken refuge in the ark, were tasked with repopulating the earth, with filling it once again with the image of God.

In the aftermath of the great flood, Noah built an altar on which he offered burnt offerings to the Lord — this was the covenant meal, a central component of all scriptural covenants. In turn, God gave Noah moral precepts that he was to observe in the renewed world — the terms of the covenant.

Then God said to Noah:

I establish my covenant with you: Never again will all life be destroyed by the waters of a flood; never again will there be a flood to destroy the earth. This is the sign of the covenant I am making between Me and you and every living creature with you, a covenant for all generations to come: I have set My rainbow in the clouds, and it will be the sign of the covenant between Me and the earth (Genesis 9:9–11).

And so the rainbow became the sign of the Noahic Covenant.

For years, the meaning of this particular incident eluded me, as, at first blush, a rainbow seems a strange (and perhaps even arbitrary) covenantal sign. However, upon deeper contemplation, the rainbow as a sign of the Noahic Covenant makes perfect sense.

To make a covenant with someone entails swearing an oath to them, thereby forming a kinship bond. The Hebrew word for oath-swearing (especially in the context of covenant oaths) is "sheba." This literally means to "seven" oneself. In the post-diluvian era, it's intuitive that God would bestow upon the earth the seven-colored rainbow. By fixing a seven-colored rainbow in the sky, God emblazoned the very instrument of earth's prior destruction (the rain cloud) with a sign of His oath of mercy and forbearance.

The LGBT rainbow mocks God. It is a six-colored rainbow. As seven is the biblical number for perfection and completeness (e.g., the seven days of creation, the seven sacraments, the seven seals), six (one short of seven) is the biblical number representing sin and imperfection. The LGBT flag is a celebration of sin — and not just any sin, but in Christian Tradition, a sin grievous enough to "cry to Heaven for vengeance," one of the four "peccata clamantia" (see Jude 1:7).

The rainbow flag flaunts a Luciferian attachment to sin, a commitment to remain fixed in it.

The LGBT banner celebrates a debauched group, one swollen with contumacious pride, composed of those who thumb their noses at God through a counter-natural abuse of human sexuality, a prerogative that is intertwined with and constitutive of our very identities as men and women. The rainbow flag flaunts a Luciferian attachment to sin, a commitment to remain fixed in it. It represents an allegiance to the privations of the creature rather than to the plenitude of the Creator.

As has been noted, God bequeathed to man the rainbow as a perpetual symbol of His clemency, despite the postlapsarian human race's concupiscence and proclivity to sin. Hence, the six-colored rainbow flag is a blasphemous taunt. It is a way of sneering at God through material signs. It is a means of scoffing at God's slowness to anger and at His "tardy Parousia" and His corresponding reckoning. It seems to boast, "Withhold Your wrath and judgment from the world if You will, and meanwhile, we will defile it with sin of the most vulgar sort." It is the Devil's flag of conquest planted in God's creation, contraposed with the Cross.

Holy Writ proclaims that the Beast — the great persecutor and deceiver of Christians in the days of Armageddon — will bear the number 666, which stands for the completeness of imperfection (Revelation 13:18). Aligned against the followers of the King of King and Lord of Lords, the Beast will usher in a time of darkness and apostasy. Those who refuse to bear the mark of the Beast will be prohibited from engaging in commerce, from buying or selling (Revelation 3:17). They will be made social pariahs, isolated, diminished and dehumanized in the sight of the world. They will be ripe for the final solution, the Great Persecution.

Accepting the rainbow banner is more and more a sine qua non for doing commerce in the Western World. Those in business who hold fast to Christian sexual morality, even those cowards who do so quietly, have increasingly tasted leftist opprobrium for their beliefs. Every day, heathen mobs promote boycotts and protests against companies that dare to employ executives with "outmoded" allegiances to Church doctrines vis-à-vis sexual ethics.

Christian companies are in danger of falling victim to the 'cancel culture' and bleeding sponsors and industry partners if they dare voice a collective opinion in favor of the timeless and authentic definition of marriage.

Every day, overtly Christian companies are in danger of falling victim to the "cancel culture" and bleeding sponsors and industry partners if they dare voice a collective opinion in favor of the timeless and authentic definition of marriage — that it's between one man and one woman.

Even tepid companies, those attempting to weather the storm on the sidelines in ambivalence, are beginning to taste the wrath of the mob, who, having largely routed their hardline opposition, now demand not merely tolerance but universal doctrinal conformity and affirmation. It's our generation's "Sieg Heil." As in all dark eras of widespread persecution and thuggery, a mere whiff of dissent from progressive shibboleths is enough to cost one his livelihood, his societal good standing and, increasingly, his bodily integrity.

Rabble such as Black Lives Matter (founded by lesbians for the declared goal of, inter alia, eliminating the Western nuclear family) and Antifa (which labels Christian "heteronormativity" as "fascist") have become the "muscle" for the world's gay cabal. These domestic terrorist groups have been unleashed to do violence on those branded as "troublemakers" and "counter-revolutionaries." In the light of day — under the auspices of the Democratic Party and the mainstream media — Christian statues, icons, churches and even parishioners are under attack.

And the Devil smiles in delight. His children — those who bear his mark, who have formed an unholy kinship bond with him by accepting his singular law (that there is no law) on their hearts — do his will slavishly. Sexuality being integral to human identity, the rainbow flag — which represents unfettered sexual license infused with the primordial sin of Lucifer ("pride") — is the consummate symbol of the kingdom of Hell on earth. Let us oppose it by the help of grace. Let us never tolerate the mark of the Beast, laying down our lives and careers instead of compromising our souls. 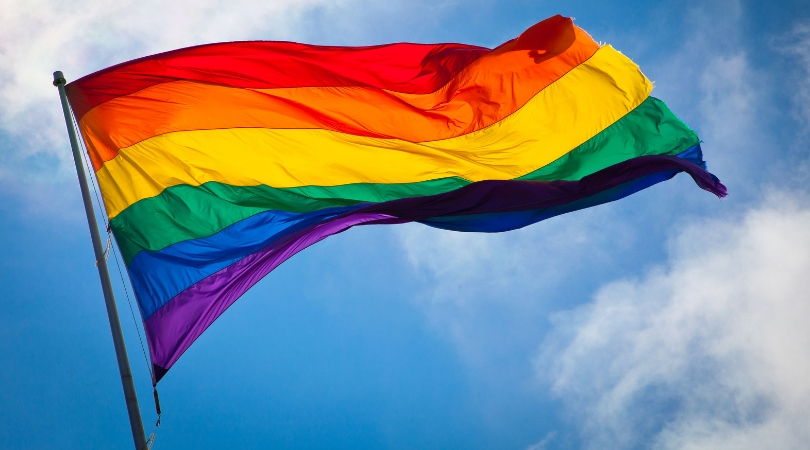