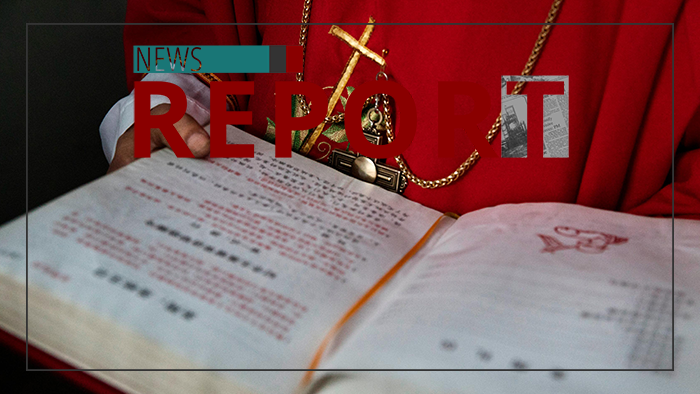 The state-backed Church in China is breaking its agreement with the Vatican over the appointment of bishops. Here to tell us more about China's violation of the secret deal is Church Militant's Nick Wylie.

This may come as a surprise to some, but you probably shouldn't trust communists to keep their word.

Bp. Juan Ignacio Arrieta, secretary of the Dicastery for Legislative Texts: "The objective of this accord is to [establish] mutual agreement between the Chinese government and the pope in naming bishops, who are heads of the Catholic Christian communities."

Last week, the China-controlled Catholic Patriotic Association illegitimately installed a bishop without the consent of the Holy See, violating the Vatican's secret deal with China.

John Peng Weizhao, bishop of Yujiang, was installed as the auxiliary bishop of Jiangxi, a diocese not recognized by the Holy See.

Cdl. Joseph Zen, bishop emeritus, diocese of Hong Kong: "Without agreement, there was some compromise. So now, with agreement, the situation is even much worse than before."

Peng was named a bishop in the underground Church by Francis in 2014, and the CCP subsequently placed him under house arrest for six months because of it.

According to last week's Vatican communiqué, "The civil recognition of Peng was preceded, according to the news received, by long and heavy pressure from the local authorities."

The communiqué concludes, "The Holy See hopes that similar episodes will not be repeated, awaits appropriate communications on the matter from the authorities and reaffirms its full willingness to continue the respectful dialogue concerning all matters of common interest."

Pope Francis: "It is not easy to understand the Chinese mentality, but it must be respected. I respect it."

The pontiff said in a recent interview, "Dialogue is the way of the best diplomacy. With China, I have opted for the way of dialogue. It is slow; it has its failures; it has its successes, but I cannot find another way."

The Vatican is once again stranding the faithful underground Church, while hoping the genocidal Chinese government will hold up its end of the deal.

On Oct. 22, the Vatican announced the second renewal of its secret deal with China for an additional two years.