Study: No One Is Born Gay

DETROIT (ChurchMilitant.com) - The latest scientific studies refute the ideology of that one is born with same-sex attraction (SSA). Studies show that SSA is actually the result of developmental factors rather than genetics.

Father Thomas Loya, current pastor of Annunciation of the Mother of God Byzantine Catholic Parish in Homer Glen, Illinois, spoke with ChurchMilitant.com on the topic.

"We have to make a distinction between predisposition and predetermination," he explained. "In other words, a person can have what's called predisposition that could be because of what happens to them or doesn't happen to them, developmentally, to develop same-sex attraction ... but they're not born this way. Nothing predetermines them to become this way."

He added, "Scientifically there is nothing that predetermines someone for a sexual disorder, especially a disorder of sexual identity."

People suffering from SSA usually experience similar upbringings, in which they are two to three times more likely to have experienced childhood sexual abuse. Most children who identify as a gender opposite their biological sex will no longer do so by the time they reach adulthood. The New Atlantis reported, "One study estimated that as many as 80 percent of male adolescents who report same-sex attractions no longer do as adults."

The National Alliance on Mental Illness stated, "LGBTQ individuals are almost three times more likely than others to experience a mental health condition such as major depression or generalized anxiety disorder."

It also reported that "the rate of lifetime suicide attempts across all ages of transgender individuals is estimated at 41 percent, compared to under 5 percent in the overall U.S. population."

When asked why so many people are opposed to scientific studies that show that SSA is not genetic, Fr. Loya answered, "There's two levels. One, the level of the evil one, who's dismantling God's order of creation. And the second level is on the human level of just not being willing enough to suffer the pain and the bother and the strength and the fortitude to resist these things; we just kind of go with them, we go with the prevailing winds."

He also addressed why people are not willing to stand for what's right. One reason, he surmises, is that people's idea of compassion is mistaken; compassion is not letting people do whatever they want, but requires helping people choose what's best for them morally and spiritually. He compared this to a physician who is there to tell us what is wrong with us and then help us to "become as fully active as we can." Another reason people are not willing, he adds, is that it's easier to give in to the intimidating world forcing its ideas on everyone else.

Dr. Paul R. McHugh, Distinguished Professor of Psychiatry at Johns Hopkins University School of Medicine and the author of multiple books within his field, said that transgenderism is a "mental disorder" that merits treatment, that sex change is "biologically impossible," and that people who promote sex reassignment surgery are collaborating with and promoting a mental disorder.

In a June 12, 2014 commentary in the Wall Street Journal, Dr. McHugh wrote, "And so at Hopkins we stopped doing sex-reassignment surgery, since producing a 'satisfied' but still troubled patient seemed an inadequate reason for surgically amputating normal organs." 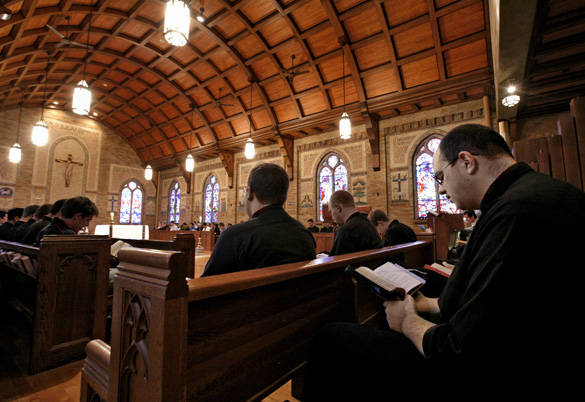