Martin's deceitful rhetoric is outrageous and contrary to sanity

Homosexualist Jesuit Fr. James Martin is a facile, worm-tongued deceiver and false teacher. Yet, I'd never call him insane or stupid.

But, having studied the substance of his rhetoric about "LGBT" issues for years now, his boilerplate narrative is, assuredly, insanely stupid. I don't use "insanely stupid" as a click-bait flourish either — I sincerely believe it accurately describes what this disgraceful priest is telling people about homosexuality and Church teaching. His message is outrageous and contrary to sanity, and at its root, it lacks any intelligence or common sense. Martin wants you to believe some truly big lies, lies he offers you warmly, gently and with a straight face.

He will tell you about the sad case of the lesbian teacher at a Catholic institution fired for merely being a lesbian married to her partner. He'll add for shock value that her own father was prohibited from volunteer work over her daughter's issues — cruelty, homophobia!

He will tell you about the disturbing example of a "gay" man who was dying and the priest who refused to give him the Anointing of the Sick — hatred, bigotry! He'll mention the Easter Sunday Mass in which a mom tearfully watched as her "gay" son came to Church for the first time in a long time, only to hear the priest preach against the "evils of homosexuality" and her son walked out — no respect, no compassion, no sensitivity!

It is the homosexualist's rejection of the truth about homosexuality that causes them to lose positions at Catholic institutions, not an irrational fear of people with same-sex attraction.

But Martin won't reveal what makes his examples insanely stupid. He'll only insist how "marginalized" the Church made these people feel and how terrible that is. He won't ever clearly articulate the truth that it is the truth itself — not the Church Herself — that makes the homosexualist feel "marginalized." He won't ever state unequivocally that it is the homosexualist's rejection of the truth about homosexuality that causes them to lose positions at Catholic institutions, not an irrational fear of people with same-sex attraction. Martin eloquently succeeds in feeding people the big lies, even though they are insanely stupid.

Martin will tell you how the terms "intrinsically disordered" and "objectively disordered" make people feel "subhuman" and need to be jettisoned. He'll say that it's only people on "the right" who are obsessed with the issues of "sex" and "sin" in the "LGBT community." He'll tell you how that "community" openly rejects the Church's teaching on chastity — a teaching everybody already knows, so he never ever talks about chastity, especially since "LGBT" people have not "received" the teaching.

Plus, he's not a "moral theologian," so, you know, he can't talk about chastity, despite that being front and center in his job description as a priest of Jesus Christ. Isn't that an insanely stupid thing for a priest to say? Martin intentionally avoids the "elephant in the room" so he can start some "dialogue."

Except that Martin is the self-proclaimed "bridge builder" who is so respectful of dialogue that he shouts his recommended mantra — "Who Cares?!" — to those supposedly hateful homophobes — even priests, bishops and cardinals — who dare to publicly disagree with him.

Martin will also tell you he has no expertise in the physical and medical risks associated with "LGBT" sexual behaviors — risks of STDs and AIDS that wound and kill "LGBT people." He never ever talks about these issues. An insanely stupid stance, a stance that fully contradicts Martin's own claims to be unabashedly "pro-life."

Martin will tell you that his friend Mark and Mark's "husband" have 20 years together of love and fidelity that began long before legalized same-sex "marriage" — "is this not love?" Martin asks. He'll tell you how "sad" it makes him that more people don't accept the ambiguity about human sexuality that is implicit in the acceptance of same-sex "marriage."

"I have a hard time imagining how even the most traditionalist, homophobic, close-minded Catholic cannot look at my friend and say that is a loving act, and that is a form of love that I don't understand but that I have to reverence," Martin says.

It's an insanely stupid lie to claim we should "reverence" the "loving act" of one man aping both marital love and marital relations with another man. Yet Catholics are persuaded to lap up this drivel as though it's the nectar of the gods. He'll tell you how he longs for the day when same-sex couples can openly kiss each other during the sign of peace at Holy Mass — insanely stupid.

It's an insanely stupid lie to claim we should 'reverence' the 'loving act' of one man aping both marital love and marital relations with another man.

Martin will tell you that, on one hand, up to 40 percent of Catholic priests are "gay" and a great many religious brothers and sisters are "LGBT" as well, but on the other hand the problem is that the "institutional Church" leadership don't really "know" enough "LGBT" people because of how "marginalized" they all have been and that the burden is on the Church leaders to "welcome" these disenfranchised Catholics without question or comment back into the Church.

We've got to "listen" to their stories — if only we "knew these people," we'd throw out "needlessly cruel" Church teaching in a heartbeat. And that's not only insanely stupid, but also absolutely self-contradictory.

What is the foundation for all this insanely stupid rhetoric that is erroneously deemed to be displays of "respect, compassion and sensitivity" for "LGBT people"? It's simple. Every last bit of it arises from a reverse form of "don't ask, don't tell."

Martin's insanely stupid rhetorical house of cards readily collapses once you realize what he is really asking the Church to do. To "welcome" the so-called "LGBT Catholic," all the Church has to do is:

It's how you truly know that what Fr. Martin and every other homosexualist on the planet really wants from the Church. Martin believes that "science" makes clear, somehow, that "God made" people "LGBT." If that's true, then it's the Church that must change, not the "LGBT person." That's exactly what Martin wants to happen.

And such insane stupidity, endlessly fomented by a deceitful priest, is worth fighting against, all day, every day. 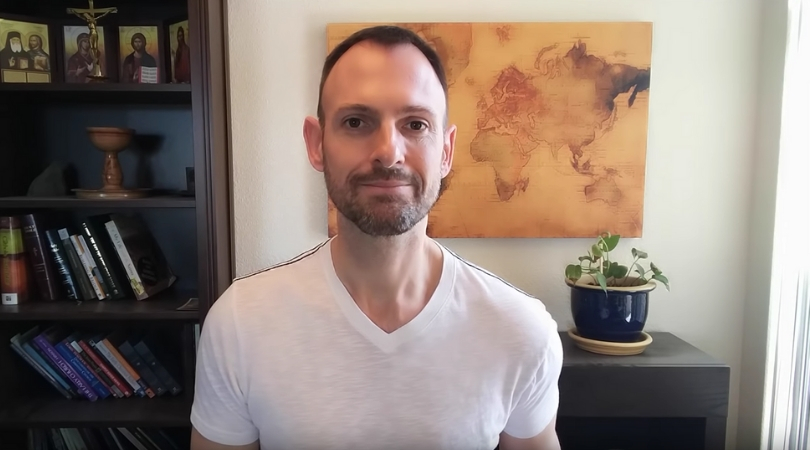 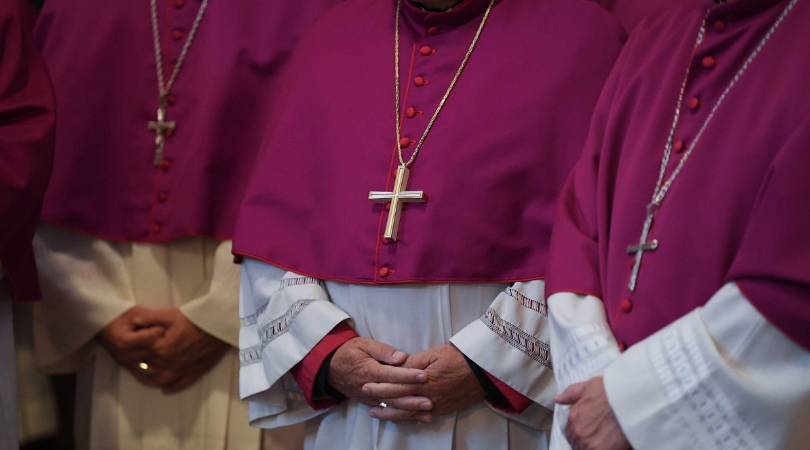 When Bishops Neither Practice Nor Preach
By Jim Russell   •   0