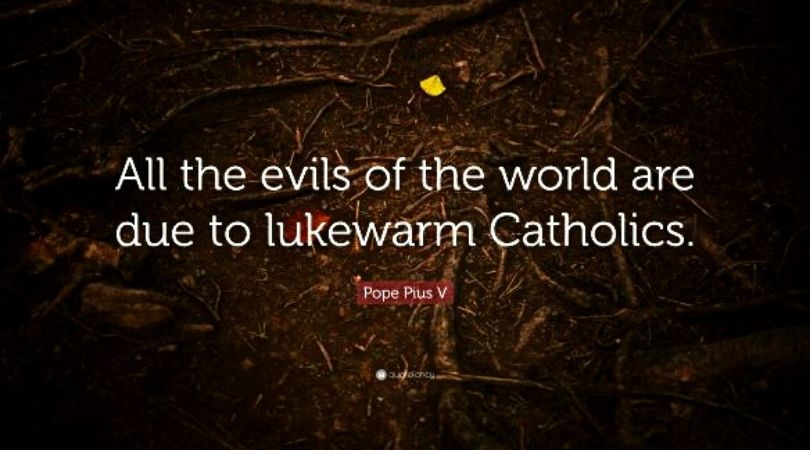 Everyone knows what a lame duck is. It's an easy target for hunters and predators. But there's a personified version of this duck in the contemporary Church, one that can be summed up with an acronym: L.A.M.E.

The L.A.M.E. Catholic has a unique combination of defects:

Like every human being, the L.A.M.E. Catholic is endowed by the Creator with free will, an intellect, sensibility and the capacity for performing various actions. But his free will is encumbered by "lukewarmness," represented with the letter "L." This is the cause for Our Lord's famous warning: "Thou art neither cold nor hot; I would thou were cold or hot: But because thou art lukewarm ... I will begin to vomit thee out of My mouth" (Revelation 3:15–16).

Saint Alphonsus Liguori, the great moral Doctor of the Church, expressed his astonishment that Our Lord would prefer the person to be cold than lukewarm:

Is it better to be cold, that is, deprived of grace, than to be tepid? Yes, in a certain sense it is better to be cold; because a person who is cold may more easily change his life, being stung by the reproaches of conscience; whereas a tepid person contracts the habit of slumbering on in his faults, without bestowing a thought, or taking any trouble to correct himself; and thus he makes his cure, as it were, desperate.

Liguori explained how the lukewarm aren't willing to exert even the slightest effort to obtain Heaven:

Such a soul will never become a saint and will forfeit the beautiful crown, which God had prepared for her, had she faithfully corresponded to grace. The bird no sooner feels itself loosed from the snare than it immediately flies; the soul, as soon as she is loosed from earthly attachments, immediately flies to God; but while she is bound, though it be but by the slightest thread, it is enough to prevent her from flying to God. Oh, how many spiritual persons there are who do not become saints, because they will not do themselves the violence to break away from certain little attachments!

It makes sense that a lukewarm soul will naturally produce an apathetic sensibility. The letter "A," therefore, stands for "apathetic."

An apathetic Catholic is one who lacks the motivation to do anything or just doesn't care about what's going on around him. Although some say that apathy can be a symptom of mental health problems, in the case of the L.A.M.E. Catholic, it is the attitude whereby he lacks attitude: He is indifferent to the crisis in the Church; it matters nothing or little to him if 70% of Catholics do not believe in the Real Presence; he's blasé about homosexual priests and bishops being a dime a dozen and financial malfeasance and lack of formation reigning supreme in many cases. He simply does not care.

He may lack the desire to do anything that necessitates thinking or even emoting. He neither loves God and what is good nor hates the Devil and what is evil. Apathy is a lack of those sentiments.

Rather than feeling any emotions, he's dispassionate. Things that used to make him happy do not excite him anymore. He no longer feels motivated to achieve his goals, especially evangelization and Catholic orthodoxy.

With a lukewarm will, indifferent to good or evil, to virtue or vice, and an apathetic sensibility, the L.A.M.E. Catholic has also a mediocre intellect. Thus, "M" stands for "mediocrity."

Mediocrity is the evil of those who, completely absorbed by the pleasures of laziness and taking delight only in whatever is within reach of their hands, totally confining themselves to the immediate, make stagnation the normal condition of their existences.

Neither do they look ahead or upward: They neither analyze nor foresee. They are too lazy to abstract, to think things through, to draw conclusions or to make conjectures. Their mental lives are reduced to the sensation of the here and now. Their little paradise doesn't go beyond the day's necessities, a comfortable easy chair, warm slippers and an oversized television.

Mediocrity is the evil of those who take delight only in whatever is within reach of their hands.

And the more the mediocre person sees that all doors are firmly shut, those that could open to adventure, risk, splendor (and therefore also to the firmaments of the Faith), the wide horizons of the abstract, the immense flights of logic and of art, to grandeur of soul, to heroism, the happier he is. Although not intending to do so, the mediocre impose the dictatorship of mediocrity upon souls with broad horizons.

As if all this weren't enough, ecumenism, with the indefatigable and vain prattle of its dialogue, is quite appropriately the religion of the mediocre, as all religions are urged to say in unison that, regardless of which cult a body "chooses," men can attain a good relationship with God for their health, their petty businesses and their security — even after death.

From this perspective, there is the illusion that God wants a plurality of religions. He is ecumenically indifferent, just as the mediocre, in their turn, whether they have a crucifix, a ceramic Buddha or some heathen talisman where they sleep or work (like a little Pachamama), are olympically indifferent to God.

Finally, the L.A.M.E. Catholic is erratic in his actions ("E" stands for "erratic").

The word "erratic" is used to describe behavior that's unpredictable and inconsistent — or at least not in keeping with the standards of behavior for a given set of circumstances. The L.A.M.E. Catholic is erratic. One day, he is enthused by a sermon or a talk on apologetics he heard, or a book he read on the life of a hero, of a movie he watched on a great missionary or knight, and he decides to orient his life accordingly. Hours later, the next morning, he is completely forgetful of yesterday's enthusiasm and is only interested in organizing a new football team for his son's school. The next day he will be keen on praying the Rosary in front of abortion clinics, and a day after that, he'll forget about it and do something else. Although most of his enthusiasms are good in themselves, his erratic behavior makes him inconstant, unpredictable and unreliable.

He is completely forgetful of yesterday's enthusiasm.

Here we have the result of half a century of L.A.M.E. behavior in the West, including by a large number of bishops and priests. Some clergy even actively encourage this kind of behavior in sermons.

How do we cure this lameness?

Clergy should preach from the pulpit about imitating Christ's perfect dedication to the cause of His Father — the cause of saving mankind. The L.A.M.E. Catholic should be impressed with:

Let the good clergy realize that they had the program already in their hands for 2,000 years, and all they need is to repent for their own clerically L.A.M.E. ways. They must apply gospel wisdom to themselves, and then preach it to the people, lest they perish in their sin (Luke 13:3). 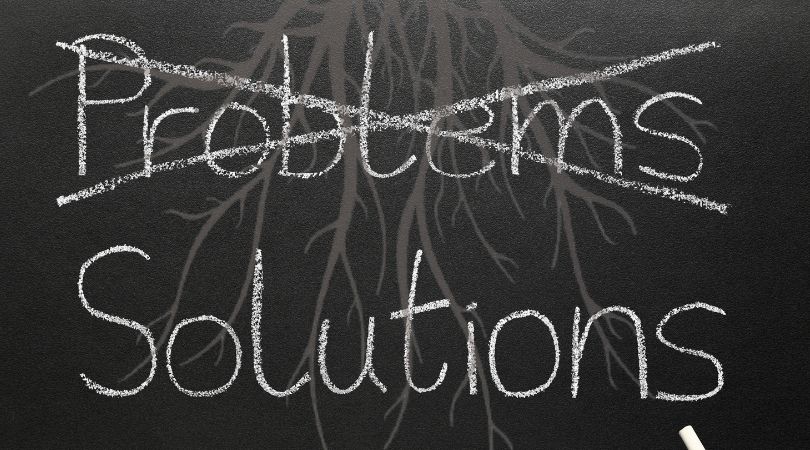 The Root of the Problem
By Church Militant   •   0