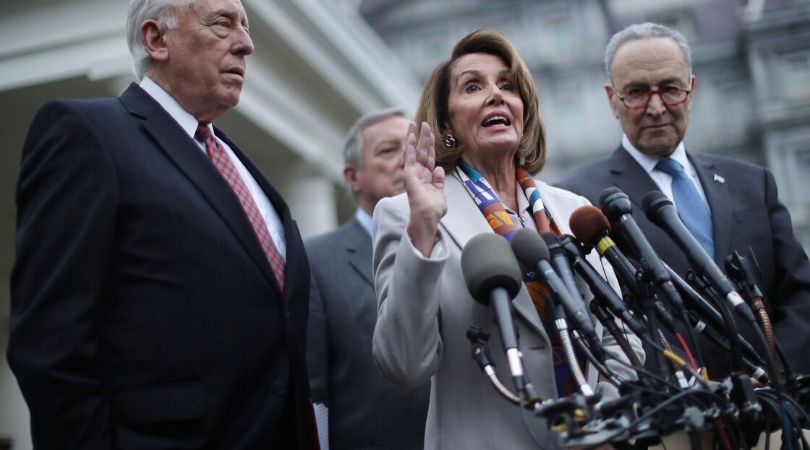 DETROIT (ChurchMilitant.com) - While many U.S. bishops have retreated behind rectory walls, the Left is going "full steam ahead" with its agenda, giving renewed meaning to former Obama White House Chief of Staff Rahm Emanuel's advice to "never let a crisis go to waste."

House Speaker Nancy Pelosi, D-Calif., is moving on multiple fronts amid the crisis. She's preparing to level new impeachment proceedings against President Trump, announcing on Thursday a select House committee to review the administration's response to the Wuhan pandemic.

The California congresswoman is also pushing to insert into the coronavirus spending package at least $2 billion "to protect the integrity of our election-critical infrastructure as well as to promote voting by mail" — a move a number of critics see as designed to favor Democrats.

Leftist media have consistently berated President Trump for his efforts to keep Americans safe from the pandemic. His banning of flights from China on Jan. 29, for example, was met with cries of "racism" by many journalists. Trump defended himself to an NBC reporter on March 19:

We were very prepared. The only thing we weren't prepared for was the media. ...  I will tell you how prepared I was: I called for a ban from people coming in from China long before anybody thought it was — in fact, it was your network, I believe they called me a racist because I did that.

The president added that the media "called me racist and other words because I did that, because I went so early," adding, "So when you say we weren't prepared, had I let these tens of thousands of people come in from China ... How many people [would] have passed away?"

President Trump's popular daily coronavirus briefings are also attacked with calls to remove them from networks so that the favorable viewing of them does not affect voters in November.

Planned Parenthood is also begging supporters for protective equipment and other supplies while other doctors and nurses go without.

The abortion industry has managed to keep abortion clinics open for business throughout much of the country, being deemed "essential" during the pandemic.

Abortion rights groups sued government officials on March 30 to ensure open access to abortion during the pandemic. The four states targeted — Iowa, Ohio, Oklahoma and Alabama — have categorized abortions as nonessential medical procedures or have issued directives that left providers unclear about whether they are running afoul of the law.

Planned Parenthood is also begging supporters for protective equipment and other supplies while other doctors and nurses go without as they try to save the lives of Wuhan virus patients.

The "full steam ahead" phenomenon isn't limited to the United States.

While everyone else has to stay home, the European Union's top court is still "in session," busy punishing those opposed to its agenda.

For example, on April 2 the court ruled that Poland, Hungary and the Czech Republic breached EU law by refusing to take in refugees from fellow member states.

The court scolded the three Visegrád countries saying: "By refusing to comply with the temporary mechanism for the relocation of applicants for international protection, Poland, Hungary and the Czech Republic have failed to fulfill their obligations under European Union law."

The conservative Law and Justice (PiS) government in Warsaw said that migrants posed a security threat, but the court continued its threats.

Hungary's Prime Minister Viktor Orbán has come under particular attack by leftist politicians around the world, who have called for him to be "punished" following the Hungarian government's adoption of its emergency Coronavirus Protection Law on Monday. The law gives the prime minister's administration wide powers to deal with the pandemic in his country without consulting Parliament.

The United Nations is also using the crisis to push for a measure that calls for 10% of the world's income.

Italy's former Prime Minister Matteo Renzi complained that Hungary's law put a stick in the wheel of his dream of a "United States of Europe." "I have the right and the duty to say that after what Orbán has done [on March 30], the European Union must act and make him change his mind," Renzi threatened. Susan Rice, former foreign security advisor to the Obama administration, simply tweeted: "Kick Hungary out of the EU."

The United Nations (U.N.) is also using the crisis to push for a measure that calls for 10% of the world's income. The U.N. Secretary-General António Guterres announced the creation of a fund for addressing the global coronavirus pandemic as well as asking nations to contribute the equivalent of at least 10% of the annual income of the entire planet to a massive "human-centered, innovative and coordinated stimulus package" that would be administered at the international level.

Guterres also identifies the importance of "reproductive rights," code for abortion and contraception, as a critical focus in his package.

President of the Population Research Institute Steven Mosher told LifeSite, "The U.N. bureaucracy primarily exists to perpetuate itself and various left-wing causes that are inimical to liberty and sovereignty."

"If the China coronavirus teaches us anything, it is that in moments of global crisis we can only trust our fellow citizens, not a distant and detached group of bureaucrats who are better compensated than nearly all Americans," he said, countering Guterres' plan.

Gov. Andrew Cuomo, D-N.Y., on Wednesday at his daily coronavirus briefing said the United States is "never going to be the same." "I don't think we get back to normal. We get to a new normal," he said.

Still, Catholics continue to look to bishops for ways to negotiate a "new normal" that allows God into the mix, something the Left does not want to allow.