The Legion of Decency: How American Catholics Fought Hollywood and Won 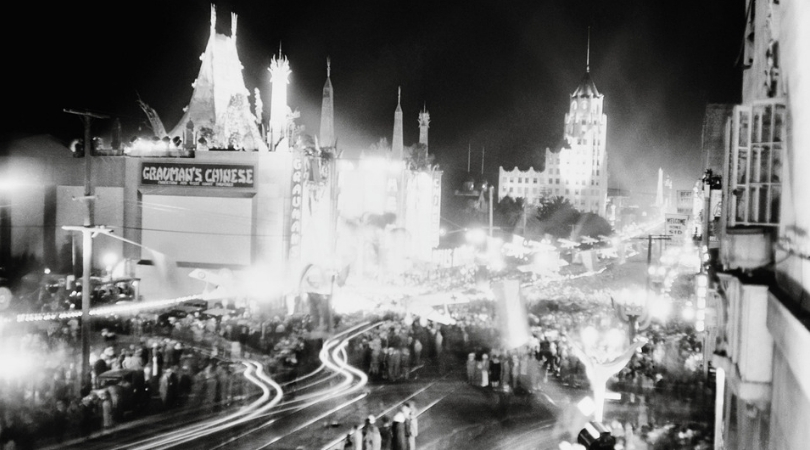 Film and its unruly mid-20th-century child, television, has widely been understood as the great American art form.

Certainly, Americans can boast of talented short story writers like Ernest Hemingway as well as gifted novelists like Herman Melville; the most intelligent and influential works of American art are largely found on the silver screen.

At the same time, no media has had such a detrimental effect on the world population as American film and television.

No media has had such a detrimental effect on the world population as American film and television.

As illustrated in the 1999 Red Hot Chili Pepper's hit song "Californication," by the late 20th century, most of the entire world had been inundated with the pornographic, gruesomely violent, tacitly racist and increasingly openly satanic and anti-Christian material churned out by Hollywood.

In almost ritualistic fashion, even the greatest works of cinema must contain some act of degeneracy, blasphemy or denigration of Western civilization.

Even, and perhaps especially, those films that deal with Catholic themes or with American Catholic ethnics cannot escape from being a near occasion of sin.

The sadly lapsed Catholic Francis Ford Coppola, in his 1972 masterpiece The Godfather, insisted on (or was coaxed into) actually depicting the hot-tempered and proliferate Sonny Corleone actually committing an act of adultery in order to emphasize Sonny's intemperance and infidelity.

Coppola's fellow lapsed Catholic Italian-American director Martin Scorsese's films such as Taxi Driver (1976), Goodfellas (1990) and The Departed (2006) are noted for their masterful depictions of the distinctly American ethnic Catholic experience in a largely alien and occasionally hostile White, Anglo-Saxon, Protestant United States. However, at the same time, these films each contain pointless (and sinful) impurity that actually distracts from the plot and mood of the films.

It is almost as if Hollywood has some sort of tacit formula to which all directors must adhere (even against these directors' will).

Much ado has been made about the apparent deterioration of Hollywood's morals as well as the quality of Tinsel Town's films during the 21st century — Martin Scorsese himself has taken heat for his comments deriding the largely soulless and cartoonish Avenger films, which along with the horrific recent incarnations of the Star Wars franchise now dominate ticket sales.

However, what many forget is that while Hollywood films were much better crafted in the past, Hollywood has always been evil.

At the time, Catholic immigrants saw the films for what they were: a form of cultural terrorism meant to attack and destroy the spiritual life of the United States.

At the same time, the Legion of Decency was formed, prompting Catholics to take a pledge authored by Cincinnati Abp,. John T. McNicholas in which members of the Legion agreed to "condemn absolutely those salacious motion pictures which, with other degrading agencies, are corrupting public morals ... ."

The boycott by U.S. bishops and the Legion of Decency helped to enforce the Hollywood Production Code, the brainchild of the Catholic layman, Martin Quigley, which had gone into effect but was not necessarily rigorously followed in 1930.

This collective effort by the U.S. bishops and faithful was tremendously successful. By June of 1934, The Los Angeles Times was announcing that "Hollywood Is in the Worst Crisis of Its History."

Eventually, the code was destroyed as the wider social and economic network supporting Hollywood was able to get the U.S. Supreme Court to grant movies First Amendment protection with the 1952 Joseph Burstyn, Inc v. Wilson decision, as well as by importing a host of lurid foreign films.

However, the most powerful blow to the code and the catalyst for its change was Marilyn Monroe, the Mae West of the Eisenhower era, whose films, like the 1959 Some Like It Hot, pushed degenerate and immoral behavior on an American population still recovering from the Second World War.

Monroe, whose life behind the scenes was, in fact, riddled with #metoo-tier sexual abuse, mental illness and even occultism, was simply too powerful a figure for American Catholics, who, in the years prior to Vatican II, had already succumbed too much to modernist thinking and a soft and cowardly accommodation to American pop culture to resist.

The initial success of the Legion of Decency and the Production Code show, however, that when Catholic laymen and clergy work together for political and social change, we can defend ourselves and our communities from pernicious social influence.

All that is needed is the will to organize and act.