Lusts of Their Hearts 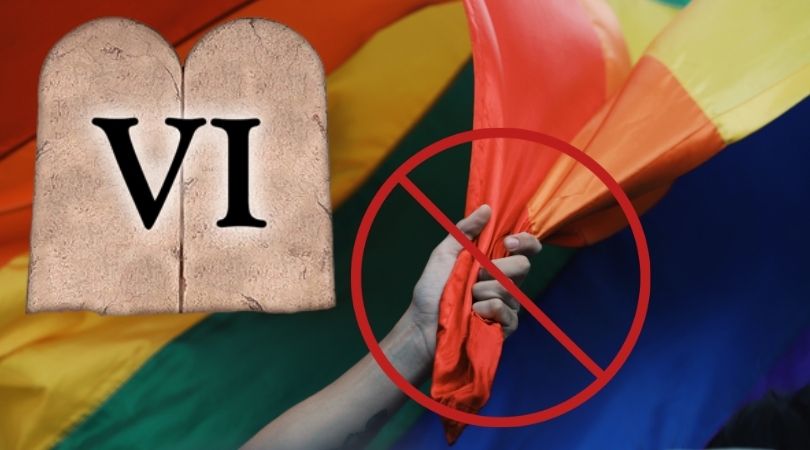 Continuing our survey of the Sixth and Ninth commandments, I'd like to dedicate this particular article to a topic that is very much in the news and discussed nationwide — homosexuality.

The Catechism of the Catholic Church, in paragraph 2357, spells this out:

Since the Church Herself declares a scriptural basis for teaching that homosexual actions are disordered and thus immoral, let's take a look at a few pertinent verses. First, we see in Genesis chapter 19 that God destroyed Sodom because of the rampant homosexual behavior of its citizens. It's from Sodom that unnatural sexual acts get their name — sodomy.

Next, we read in Leviticus 18:22 the following prohibition of homosexual acts: "You shall not lie with a male as with a woman; it is an abomination."

Leviticus 20:13 adds this punishment: "If a man lies with a male as with a woman, both of them have committed an abomination; they shall surely be put to death; their blood is upon them."

Unmitigated homosexual urges are a punishment, according to St. Paul in Romans 1:24–27: "Therefore, God gave them up in the lusts of their hearts to impurity, to the dishonoring of their bodies among themselves, because they exchanged the truth about God for a lie and worshiped and served the creature rather than the Creator, Who is blessed forever! Amen."

For this reason, God gave them up to dishonorable passions. Their women exchanged natural relations for unnatural, and the men likewise gave up natural relations with women and were consumed with passion for one another, men committing shameless acts with men and receiving in their own persons the due penalty for their error.

And Christ's Apostle is clear that practicing homosexuals are not on the narrow path to Heaven: "Do not be deceived; neither the immoral, nor idolators, nor adulterers, nor men who practice homosexuality, nor thieves, nor the greedy, nor drunkards, nor revilers, nor swindlers will inherit the Kingdom of God."

The above scripture passages show how God really views homosexual acts. The homosexual lobby, however, has been very successful in making its destructive "lifestyle" acceptable to far too many Americans. What they have been telling us for decades is that homosexuals make up 10% of the American population. But a study from the Williams Law Institute of UCLA shows less than 4% of U.S. adults identify as lesbian, gay or bisexual.

Another lie they spin is that homosexuals are "born that way." That claim is simply illogical. It's God Who creates nature. We've already seen what God says about homosexuality. It's, therefore, an insult to Almighty God (blasphemy) to claim that He makes men homosexual. He certainly made every human being — with the cooperation of our parents. But any person with homosexual tendencies must make a choice whether to act on those tendencies in violation of God's moral law.

It's from Sodom that unnatural sexual acts get their name — sodomy.

If it were natural to be homosexual, then homosexuals would be able to procreate and naturally have families. That is simply not the case. As it is, homosexuals are not inclined to pass on their so-called homosexual genes by marrying a member of the opposite sex, something they find repugnant.

That said, unjust discrimination is still wrong — whether directed at homosexuals or otherwise. But we must define exactly what we mean by "discrimination." Actually, let's define first what discrimination is not. Discrimination is not refusing to give someone something because of the way he chooses to have sex. If homosexuals are given "rights," as they have been, that have been historically reserved for those in traditional marriage, then there is nothing to keep the flood gates closed to all sorts of new "rights."

Another lie they spin is that homosexuals are 'born that way.'

After legalizing same-sex unions, there is nothing to stop the legalization of prostitution (both adult and minor), pedophilia (just ask the North American Man/Boy Love Association), polygamy, bigamy, bestiality (a minor movement has already begun) and a host of other sexual perversions.

So we don't discriminate on the basis of sex, race, national origin or sexual inclination. But neither do we affirm giving people special "rights" based on their form of sexual perversion. 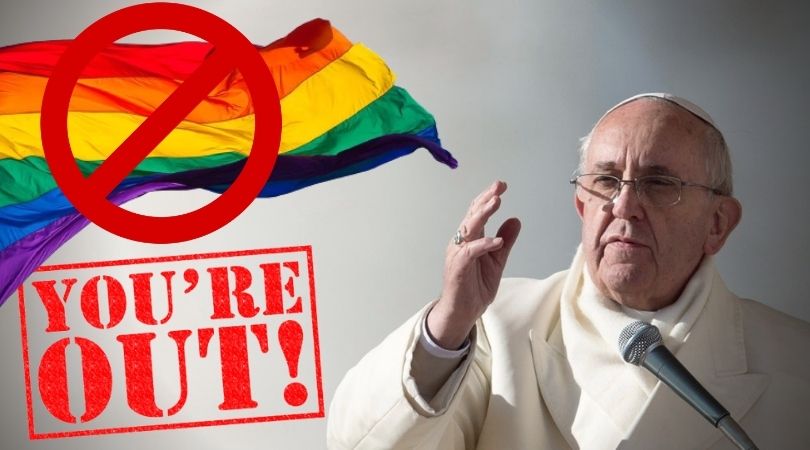