The Most Anti-Catholic State in America 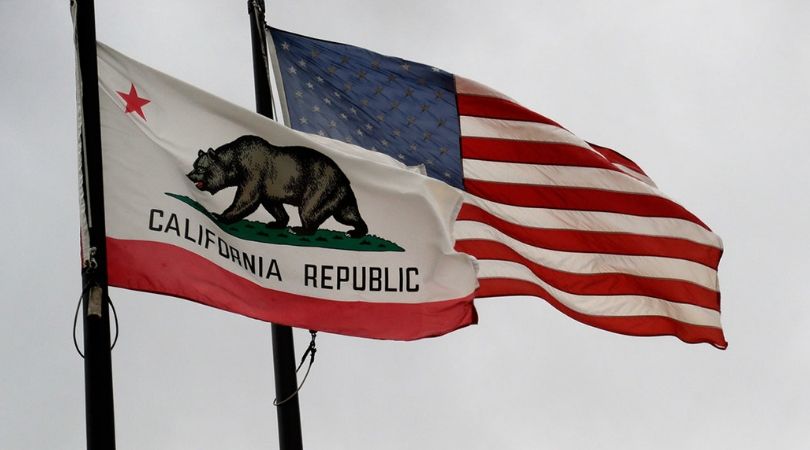 California's radical leftist policies are at odds with the Faith

Early in our nation's history, the oceanside territory now known as California became filled with Spanish Catholic missions. These missions were built all along the coast, resulting in many California cities being named after Catholic saints. Unfortunately, the golden days of Catholic California are long gone, and California is now the most anti-Catholic state in the nation.

The drug blocks a hormone called progesterone, which allows the mother's uterus to support the unborn child. When progesterone is blocked, the unborn child dies. The mother then takes another drug to expel the child from her uterus, and she gives birth to a very small, stillborn child.

The bill would require all clergy to be mandatory reporters for crimes, even if they receive the information through the holy sacrament of reconciliation.

Kristan Hawkins, the president of Students for Life of America, recently told The College Fix that Gov. Gavin Newsom plans to sign the bill into law if California legislators pass it. She added that if California passes the bill, other states will likely follow, and campus abortion mandates could become the new frontier of pro-choice policy. The fact that California is acting as the trailblazer for this policy should surprise no one.

California is also attempting to pass SB-360, a bill that would require all clergy to be mandatory reporters for crimes, even if they receive the information through the holy sacrament of reconciliation. This is an obvious violation of the free exercise clause of the First Amendment, but the bill's sponsor, Democrat Jerry Hill, attempted to avoid this in a recent Senate hearing by stating that "no freedoms are absolute."

Hill and his secular colleagues fail to understand that this legislation would put Catholic priests and other clergy in an impossible situation. As the renowned Bp. Robert Barron mentioned in his recent op-ed on this subject, priests who break the seal of the confessional can be punished with excommunication.

[A]bsolutely nothing ought to stand in the way of a sinner who seeks this font of grace. ... If a penitent thought that the priest to whom he confessed were likely to share with others what was given in the most sacred confidence, he or she would be reluctant indeed ever to approach the sacrament of Reconciliation. And this is why the Church has striven so strenuously to protect, at all costs, the integrity of Confession.

Furthermore, the bill would fail to achieve its desired purpose of putting more criminals behind bars. If this bill passes, no one will confess criminal acts in the sacrament of reconciliation anymore.

By preventing criminals from reconciling and obtaining mercy, this bill would decrease the likelihood of such people having a conversion of heart and turning their lives around. A criminal who experiences a life-changing moment in the sacrament of reconciliation may decide to put crime behind him for good, or perhaps even turn himself in. If the same person cannot partake in reconciliation, he is more likely to continue with his current way of life.

California is also seeking to pass AB-624, a bill that would require California schools, including private Catholic schools, to put the phone number of a "sexual or reproductive health hotline" on student ID cards.

The contact info for abortion facilities such as Planned Parenthood would be forcibly placed into the pockets and purses of children all across the state, directly undermining parents' ability to raise their children as they see fit.

California Democrats are trying to destroy religious liberty, allow as many abortions as possible and indoctrinate our youth with the lies of sexual liberalism.

The bill's sponsor, Democrat Jesse Gabriel, laughably claimed that this bill is a natural extension of previous legislation that required a suicide prevention hotline to be on student ID cards. How Gabriel sees life-saving information and life-ending information as fruit of the same tree is beyond rationality.

These current bills are among the most anti-Catholic legislation America has ever seen. Furthermore, California has already passed a barrage of atrocious legislation.

One example is the so-called "FACT Act," which would have required pro-life crisis pregnancy centers to provide contact information for abortion facilities. Fortunately, the "FACT Act" was struck down by the Supreme Court last summer.

California was also among the first states to recognize same-sex unions as "marriages," prompting the Supreme Court's decision in Obergefell v. Hodges that unilaterally made that same decision for every other state as well. Furthermore, California has essentially no health and safety regulations for abortion facilities, and the state even uses public funding for abortions that are deemed "medically necessary."

California is a perfect example of what happens when radical Democrats control the government. California Democrats are trying to destroy religious liberty, allow as many abortions as possible and indoctrinate our youth with the lies of sexual liberalism. The rest of the nation must heed this warning, and Catholics who still view the Democrats as the party of love, diversity and inclusion should take this as a wake-up call.

The days of the JFK Democrats are gone, and the modern Democratic Party is clearly hostile to Catholic values. If left-leaning Catholics don't want their fundamental rights to be stripped away, they should look at the oppressive secular regime in California and reconsider who their political allies are.