They have nothing to fear from the hierarchy

Under Pope Benedict XVI, the U.S. bishops, feeling some pressure from conservatives at the Vatican, were moving toward at least a consideration of withholding Communion from pro-abortion politicians. But that movement ground to a halt after the election of Pope Francis. The winds blowing from the Vatican changed, and it became clear to the bishops that they no longer even had to pretend to debate the matter. Cardinal Timothy Dolan, among other bishops, spoke of the Communion issue as passé in the Francis era.

In a way, I like to think it's an issue that served us well in forcing us to do a serious examination of conscience about how we can best teach our people about their political responsibilities. But by now that inflammatory issue is in the past. I don't hear too many bishops saying it's something that we need to debate nationally, or that we have to decide collegially. I think most bishops have said, "We trust individual bishops in individual cases." Most don't think it's something for which we have to go to the mat.

Pope Benedict XVI supported the withholding of Communion from pro-abortion politicians. But Theodore McCarrick famously prevented his brother bishops from seeing a letter he once wrote to them to that effect. The letter, written by then-Cardinal Ratzinger, had said that if a pro-abortion politician, "with obstinate persistence, still presents himself to receive the Holy Eucharist, the minister of Holy Communion must refuse to distribute it."

McCarrick, who didn't want to damage his chummy relations with various pro-abortion Catholic pols, didn't distribute the letter to the bishops. He instead gave them a distorted paraphrase of it, implying that the Vatican wanted the matter left to the prudence of individual bishops.

Pope Francis not only tolerated pro-abortion public figures but would occasionally celebrate them.

McCarrick was no more interested in protecting unborn children from abortion than protecting youth from abuse. The bishops overlooked his interference in the Ratzinger letter because they didn't want to confront defiant Catholic politicians either. After the election of Francis, they breathed easy, knowing that they could simply point to the Pope's lax practices as a defense of their own. Pope Francis not only tolerated pro-abortion public figures but would occasionally celebrate them.

In 2016, he called Emma Bonino one of Italy's "forgotten greats," inexplicable praise given her status as one of the most radical pro-abortion activists in the country's history. She was Italy's Margaret Sanger in effect. "True," she has her critics, allowed Pope Francis. "But never mind," he continued before praising her activism in Africa.

Such sending of mixed signals has given cover to bishops who sympathize with pro-abortion Democrats. The bishops are under no pressure to discipline them, and the whole atmosphere under Pope Francis has become one of accommodation. A measure of the changed atmosphere from Benedict to Francis can be seen in the bishops' reactions to Catholic universities hosting pro-abortion politicians.

It is hard to imagine pro-abortion Catholic pols calling themselves "Pope Benedict Democrats." That would have been too confusing. But they have no such worries about calling themselves "Pope Francis Democrats." In 2016, Catholics in Alliance for the Common Good, a group funded by George Soros, put out a "Pope Francis Values Reflection Guide," in a bid to increase the Catholic vote for Hillary Clinton.

Andrew Cuomo, fresh from passing the most extreme abortion law in the country, is exploiting all of this confusion. He clearly has nothing to fear from Cardinal Dolan and company. To the extent that they have made any comments about imposing canonical penalties upon him, it has been at the prodding of the faithful, not the Vatican. Dolan has said that excommunicating Cuomo would be "counterproductive," as if scandal and sacrilege are matters to be determined by political calculation. By "counterproductive," Dolan means personally uncomfortable. He simply doesn't want to incur the wrath of liberal pols in New York.

While the bishops timidly criticize him, Cuomo only gets more assertive, cloaking himself openly in the incoherence of Catholicism in the Francis era.

The bishops have been shirking their canonical duties for years, based on such feeble excuses. They used the same ones to give Andrew Cuomo's father a wide berth. They let Mario Cuomo push the sophistry that one could be "personally opposed" to abortion while publicly supportive of laws protecting it. His son doesn't even bother to maintain that pretense. He couldn't be more voluble about his personal and public support for the killing of unborn children. Such is his zeal for abortion that he lit up the World Trade Center in pink, which is an eerie reminder that the West's cold "rationalism" can be as bloody as the irrationality of jihadism.

While the bishops timidly criticize him, Cuomo only gets more assertive, cloaking himself openly in the incoherence of Catholicism in the Francis era. No sooner had he subjected countless unborn children to death than he announced he intends to spare murderers from it, promising to outlaw the death penalty in New York state. And, naturally, he invoked Pope Francis while doing so. The chances of his excommunication under this pope are nil. Canon law, as Dolan implied, is too "inflammatory" to be enforced anymore. Cuomo is more likely to turn up in the Pope's Communion line than be barred from it. 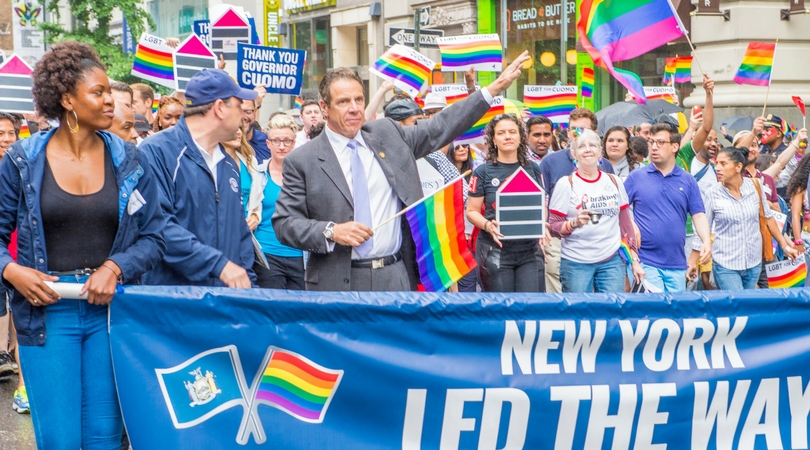 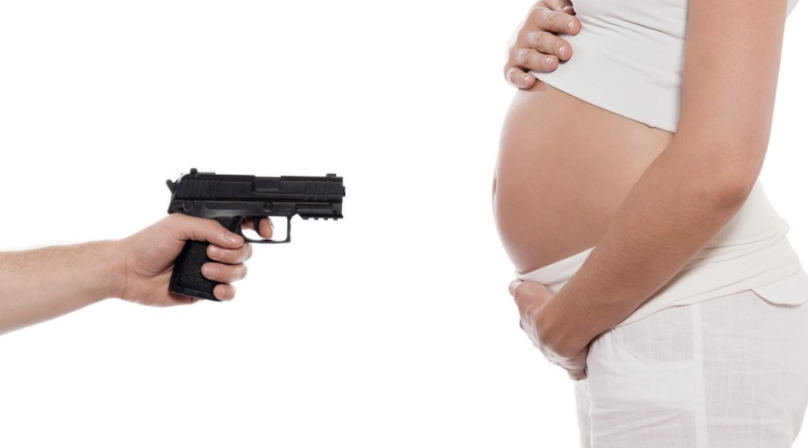 Eight Out of Ten Americans Support Abortion
By Joseph Gallagher   •   0 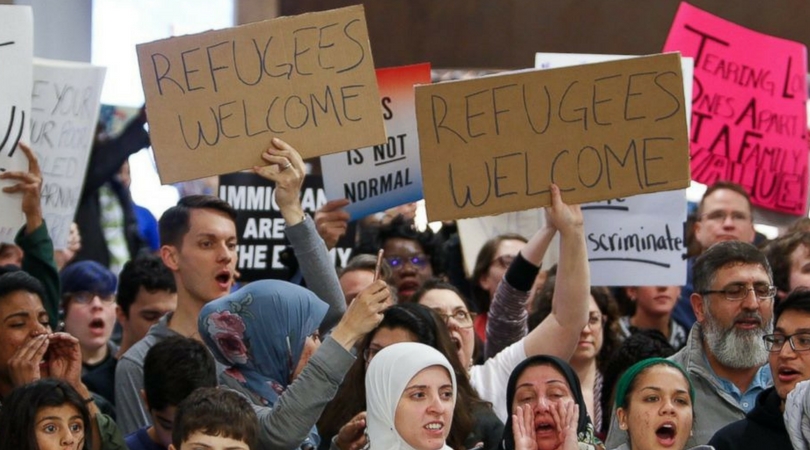