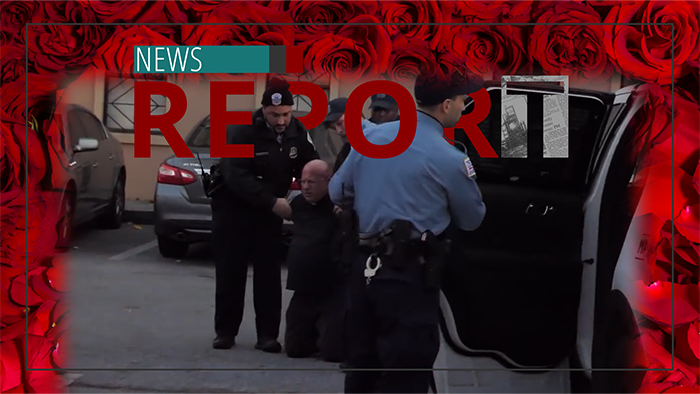 One of our Call to Action Convention speakers is Fr. Stephen Imbarrato. He'll be on the Spiritual Warfare panel along with Fr. James Altman and others.

Here's Church Militant's Rodney Pelletier with more on the pro-life warrior known as the protest priest.

Father Imbarrato was arrested for defending the unborn at a Virginia abortion mill in 2017.

At the time, he was one of the founding members of Red Rose Rescue, and it was his first of several arrests protecting preborn children.

But he endured his own abortion tragedy years before.

It was a few years after Roe vs. Wade legalized abortion in this country, I was away from the Church, away from the sacraments. I was living with a girl, and I got her pregnant. ... She must have said to herself, "Well, if he wanted me to have the baby, he surely would have said 'I love you, and I want you to have our baby,' but he didn't say that, so he must want me to have the abortion." So she went and had the abortion.

After being ordained a priest in 2005 for the archdiocese of Santa Fe, New Mexico, he worked tirelessly to abolish the state's abortion laws.

He was also a pastoral associate for Priests for Life and has since expanded his pro-life work nationally through his On The Road For Life ministry, for which he traveled over 60,000 miles from 2019 through 2021 — all for unborn children.

He also conducted minor exorcisms in accord with the Church's guidelines at abortion mills.

But another part of Father Imbarrato's mission is to call out hypocrisy in the national pro-life movement.

Imbarrato: "There are people becoming millionaires off the blood of mass-murdered babies while those on the front lines toil out of the goodness of their heart."

Not only that, he's also calling out the U.S. bishops and priests for being silent on the most important moral issues of our time: "How difficult is it for even one US bishop to proclaim that Biden is in persistent defiance of his faith in many ways and any Catholic who supports him is in danger of entering into the grave sin of scandal?"

Now that Roe vs. Wade has been overturned, the battle for the protection and dignity of unborn lives is heating up.

Catholics now have to step up more than ever to defend those who cannot defend themselves against a growing Culture of Death.

Participants in the [Church Militant] Call to Action Convention will be able to hear Father Imbarrato speak on Sunday.