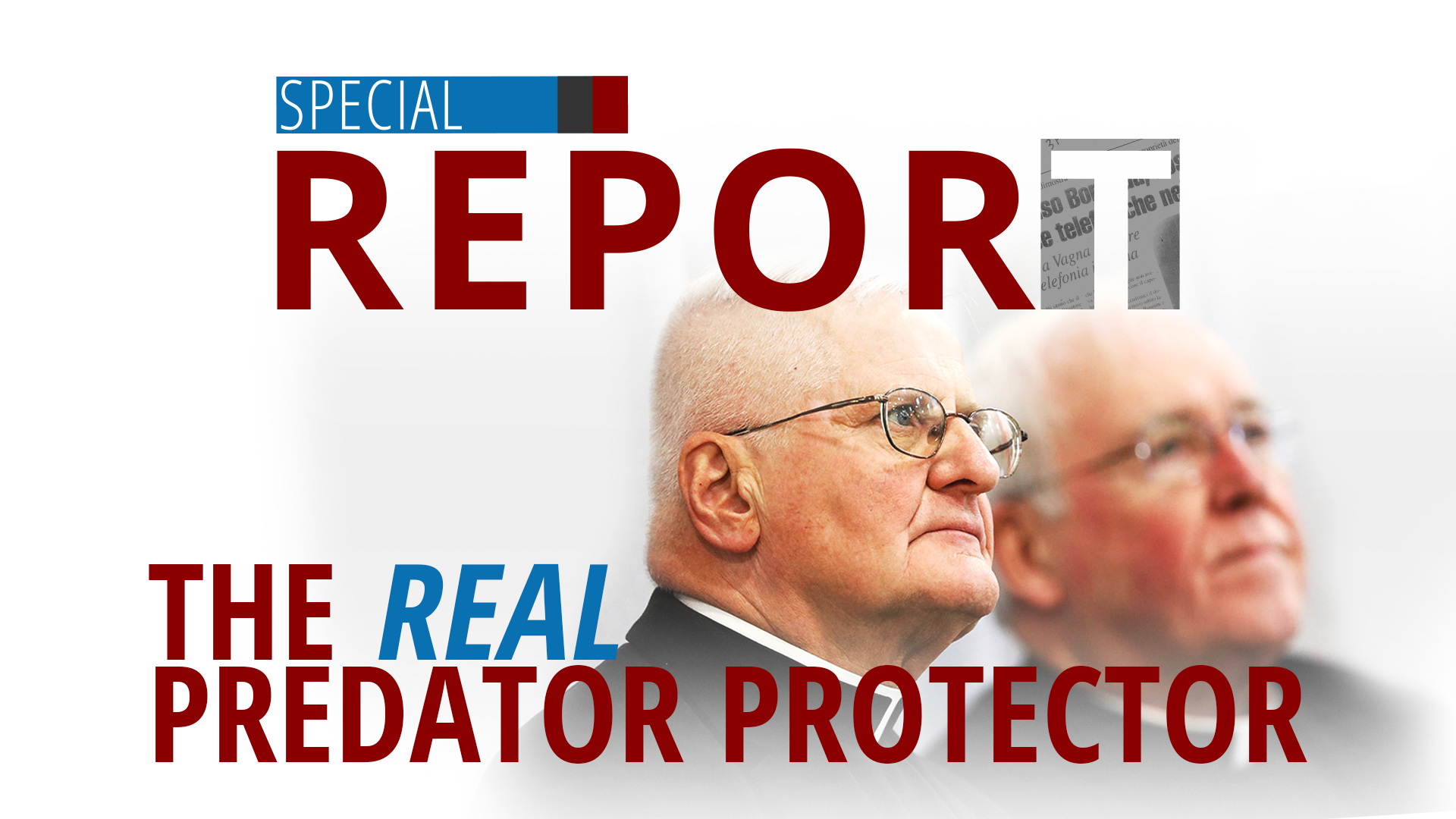 As the financial and sex scandals continue to pour out of the ranks of U.S. bishops, one small but significant fact tends to get overlooked: the auxiliary bishops' role in the cover-up.

Auxiliary bishops are able to stay well out of the limelight and provide plausible deniability for crooked bishops. In short, the auxiliaries are able to do the dirty work, well away from the glare of the spotlight.

One such instance appears to be the diocese of Buffalo, where all the attention was focused on Richard Malone — but much of the work behind the scenes was done by his chief auxiliary.

Church Militant's Christine Niles has more in this Special Report—The Real Predator Protector, on how the number two man may sometimes be more of a threat to faithful Catholics than the actual bishop.

While the recent scandal in the diocese of Buffalo, New York has centered on Bp. Richard Malone, his former auxiliary, Bp. Edward Grosz, appears to be far dirtier than Malone.

Grosz is a Buffalo native, attending Catholic school there and ordained a priest for the diocese in 1971, serving at various parishes before he was consecrated auxiliary bishop in 1990.

His role as auxiliary bishop has been key, as he was first to be told of all sex abuse allegations and was the primary investigator, making him aware of every abuse allegation and abuser priest going back three decades — long before the arrival of Bp. Richard Malone in 2012.

His role as auxiliary bishop has been key, as he was first to be told of all sex abuse allegations and was the primary investigator.

While Malone was forced to step down last year after a Vatican investigation, the 74-year-old Grosz has escaped any such investigation — even though his crimes may be far more extensive.

Whistleblower Siobhan O'Connor, Malone's former administrative assistant, said this: "It has been well known for years — especially among the priests — that Bp. Grosz covers for and protects his classmates and other select priests."

Elsewhere on her website she writes, "Bishop Grosz must be held accountable for his appalling actions, multiple cover-ups, and utterly complicit behavior. … Bishop Grosz has hidden away and avoided public scrutiny for long enough. He cannot get away with it any longer!"

Local ABC TV reporter Charlie Specht took the occasion of the first press conference of the new temporary bishop of Buffalo, Edward Scharfenberger, on December fourth to ask about Grosz.

Charlie Specht: "Over the last 40 years, the auxiliary bishop's handwriting is literally on many of these cover-ups that have gone on here. How can people have faith and trust that the diocese under your administration is charting a new course when you have part of the old guard still in place here?"

Bp. Edward Scharfenberger: "That's a very good question that you're giving me information now that I'm hearing now today. I did not know that what you just told me is the fact."

Among Grosz's cover-ups: Fr. Art Smith, with a track record of abuse allegations going back decades.

Father Ryszard Biernat, Bp. Malone's former secretary, claims he was sexually assaulted by Smith in 2003 back when Biernat was a seminarian, and even accuses Grosz of using blackmail to silence his report of sex abuse.

Biernat says Fr. Smith, who was his priest mentor at the time, entered his room in the rectory one night and abused him. When Biernat reported it to Grosz, Grosz blamed him.

Fr. Ryszard Biernat: "Then he says it was my fault because I didn't lock the door. I should've locked the door."

Another notorious cover-up Grosz was directly involved in was that of Fr. Dennis Riter, accused by multiple men of abuse, yet still in active ministry, pastor of St. Elizabeth Ann Seton parish in Dunkirk. Among his alleged victims, Anthony Ravarini, six years old at the time of his abuse.

Anthony Ravarini: "He nonchalantly came around and he was standing right in front of me, and he dropped his trousers and made me perform oral sex on him until he came in my mouth and all over my face, it was in my hair. It was disgusting."

Wes Walawender was a seminarian at the time and an eyewitness to the abuse.

Wes Walawender: "I was shocked. I didn't know what to make out of it."

He wrote a letter in 1992 addressed to Bp. Grosz along with Bp. Edward Head detailing the assault, hand delivering the letter to Head's secretary, Fr. Peter Popadick.

He heard nothing for weeks, until he ran into Popadick, who dismissed the letter, saying it was "not well received" and "not appreciated."

The case never went anywhere. Riter was subsequently suspended from ministry in the spring of 2018 over other abuse allegations — and promptly returned to active ministry a few months later, the investigator never even interviewing Ravarini or Walawender, even accusing the men of fabricating the entire story.

Anthony Ravarini: "I wish they could feel the same pain we do on a daily basis — minutes, hours, days, months, weeks ... ."

The 1992 letter addressed to Grosz was written on the computer of Fr. Joseph Moreno, a priest poised to blow the lid off not only the Riter case but the entire network of homosexual corruption in Buffalo.

But he was found dead before he could do so.

Susan Moreno: "Joey knew a lot of secrets. And we can start as far back as 1992, when you brought in Anthony, the young man who was abused by Fr. Dennis Riter."

Susan Moreno, sister of Fr. Joe Moreno, always found the circumstances of her brother's death suspicious. He was found dead in his home on the afternoon of October 13, 2012, shot in the back of his head.

Susan Moreno: "There's no picture of the gun in his hands — his hands are closed. There's no blood spatter, blood misting on his arms, on the gun, on the wall where supposedly he did this at."

It's key to note that Fr. Moreno died only days before he was scheduled to travel to Washington, D.C. with a dossier he was going to hand over to then-papal nuncio Abp. Carlo Maria Viganò.

That dossier would've blown the lid off the homosexual network in Buffalo — a network Grosz would've been intimately aware of.

Susan Moreno: "There's people behind it, and those are the very people that Joey was going to expose."

Malone had only just been installed bishop at the time and so wouldn't necessarily have known the secrets of the diocese. Grosz, however, knew everything — and he knew Moreno knew more than most.

Michael Voris: "He had the goods."

Susan Moreno: "He had the goods."

Michael Voris: "Now did anybody know besides you that he had the goods?"

Susan Moreno: "He told, to his fault he told many people."

Church Militant broke the story last year, confirmed by Connecticut's Holy Apostles Seminary and reported by major Catholic news sites, revealing the recruitment of homosexual seminarians from Colombia to East Coast seminaries, where they were then farmed out to various parishes and dioceses to become sexual partners of priests.

The scheme was well known to Church officials in Buffalo, and most active during the time of Bp. Grosz's tenure.

The vice rector at the time, Fr. Joseph Gatto, in charge of recruiting the gay seminarians, resigned in disgrace from Buffalo's Christ the King Seminary in 2018, after a lawsuit filed by two adult men accusing him of homosexual misconduct— claims confirmed as true by the diocese.

Church Militant contacted Bp. Scharfenberger and was told Bp. Grosz is no longer involved in any administrative duties, including investigating allegations of abuse, and is limited only to sacramental ministry. The diocesan spokesman confirmed this change in status took place shortly before the first of the new year.

He also confirmed that Grosz has submitted his resignation letter early, more than a month before his 75th birthday — highly unusual. The diocese wouldn't confirm whether Scharfenberger had anything to do with that.

Considering Grosz's long history of alleged cover-up, critics are wondering whether even his having a role in sacramental ministry is appropriate, and whether another Vatican investigation in Buffalo may be in order. 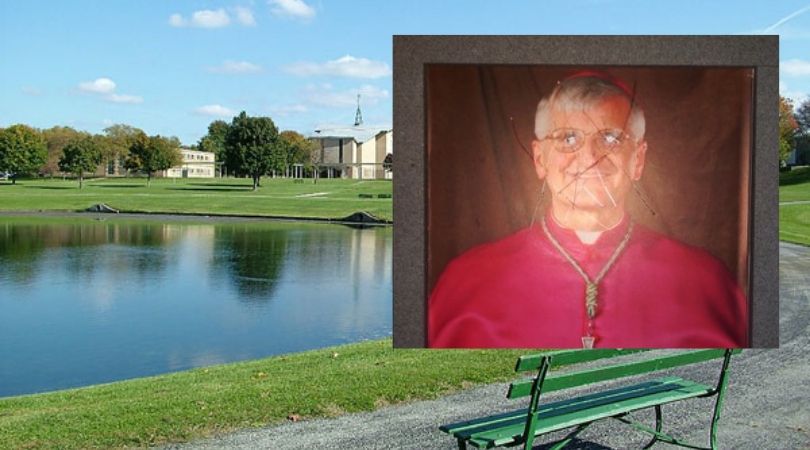 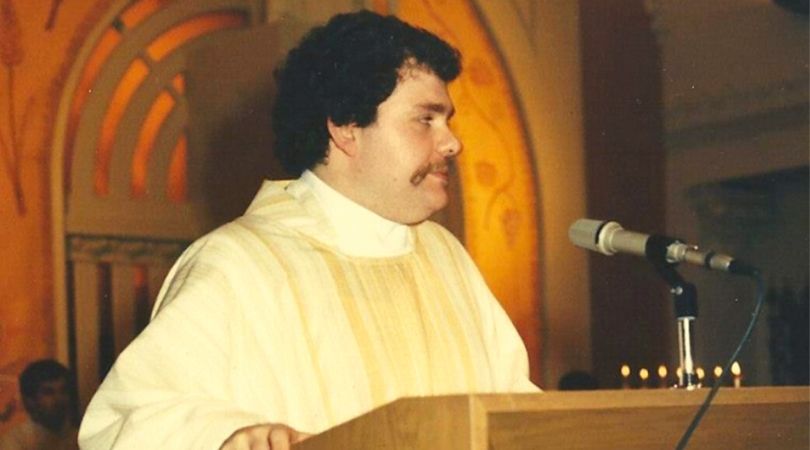 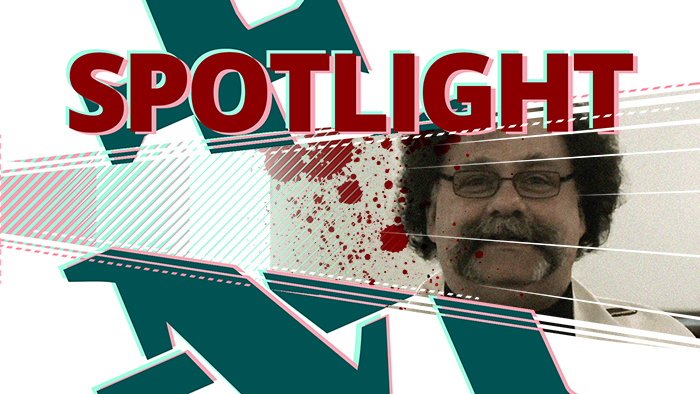 Watch
Spotlight: Death of a Whistleblower Priest
By Christine Niles   •   0