Something has been happening in the last two weeks in the presidential campaign.

According to most polls, there's been a slow movement trending toward President Trump, and it has some Democrats nervous.

It may be due, in part, to Trump's performance in the last debate, or the breaking Hunter Biden story, or perhaps the recent trending of blacks and Hispanics toward the president.

While Latinos in Florida and Nevada are trending toward Trump, unexpected movements among African Americans — especially males — have Democrats very nervous.

The movement away from Democrats by black voters — known as Blexit — has picked up steam and, surprisingly, even seven black rappers have come out in favor of the president, including 50 Cent, Lil Wayne and Ice Cube.

Although RealClearPolitics still has Joe Biden leading the national average of all voters by around seven points, Rasmussen has Trump and Biden essentially tied.

Rasmussen also has the president's job approval rating hovering at around 52% — up several points from a few weeks ago.

In the all-important battleground states, a new Trafalgar poll has Trump up by two in Michigan and closing in on Minnesota, while Rasmussen has him up by four in Arizona.

And early voting has not lived up to Democrat expectations.

At this point, the early vote in Florida, North Carolina, Pennsylvania, Iowa and Arizona is falling short of the 70% target Democrats were hoping for to offset Republican gains on Election Day.

While a Pew Research poll shows the Catholic vote split in half, EWTN's Matthew Bunson observes in his own polling that it's primarily cultural and cafeteria Catholics that support the anti-life Biden and his anti-Catholic running mate.

While the trend seems to be going the President's way, the question remains: Is it too little too late, or will history repeat itself? 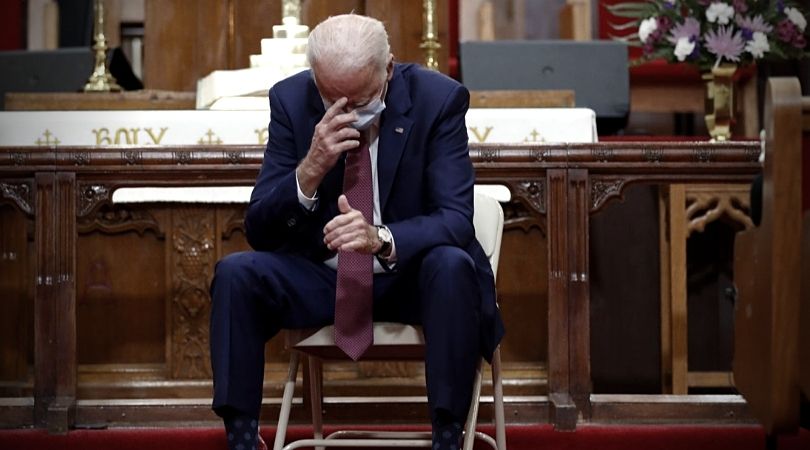