The Viper in the Vatican

An excerpt from The Dictator Pope: The Inside Story of the Francis Papacy

Excerpted from The Dictator Pope: The Inside Story of the Francis Papacy

It seems that Pope Francis himself has begun to realize the dangerous ground into which his "mess-creating" philosophy is taking him. He is reported to have remarked just before Christmas 2016: "It is not impossible that I will go down in history as the one who split the Catholic Church."

The thought has not escaped those around him, and in March 2017 the British newspaper The Times published an article under the headline "Anti-reform cardinals 'want the Pope to quit.'" The article quoted Italian journalist Antonio Socci: "A large part of the cardinals who voted for him are very worried and the curia ... which organized his election and has accompanied him thus far, without ever dissociating itself from him, is cultivating the idea of a moral suasion to persuade him to retire."

These "anti-reform" cardinals (note the media orthodoxy that defines those who doubt Francis) are said to number about a dozen, and what exercises them is the fear of a schism created by the Pope. It is also an omen that in the late months of 2016 a theological study on the possibility of deposing a pope was reported to be making the rounds of the Vatican.

Those who are shocked to hear Francis described as a dictator would not question the fact that he is the most politically minded pope to come to the throne for many centuries. This characterization is not a libel of his enemies but is emphasized by so unqualified an admirer as Austen Ivereigh.

We need to understand that the key to Francis's reckless style — the indifference to reform, the tyrannical acts, the feverish quest for popular approval — is that his prime concern is not in fact the government of the Church. Ivereigh has traced in detail Francis's ambition to make himself a political world leader; he set out with a bombastic vision of the "decadence" of Europe which would be exploited by Latin America to reassert itself, and his dream was to rally the continent into "la patria grande" (the great fatherland) to challenge the imperialist dominance of the United States.

This objective was behind his appointment as secretary of state of Cardinal Pietro Parolin, who had been a much-praised papal nuncio to Mexico and Venezuela, and he was set to work to bind the continent together under the aegis of the Holy See. The actual results have been analyzed by an Italian journalist:

The image of Francis, who had chances to establish himself as "moral leader of the continent" ... is rapidly going into crisis, despite the outstanding work of the Secretary of State Parolin: in Cuba ... Vatican diplomacy is stumbling; in Colombia the peace referendum was lost ruinously because the country's Protestants sabotaged it; in Venezuela all political sides agree that the Vatican's peace-making effort has worsened rather than improved the situation; and finally in Brazil, after the success of the world youth day, Rio de Janeiro has a mayor who is a Protestant bishop, anti-Catholic, and above all critical of the Episcopal Conference.

The election of Donald Trump shattered the assumptions on which Francis' political strategy was based. With all its macho Latin American rhetoric, the plan depended on the presence in the White House of a liberal president willing to abase himself (or herself) to Latin American claims. It collapses before a president whose response to troublemakers beyond the Rio Grande is to build a wall against them.

That is why in 2016 Pope Francis staked all his chips on a Clinton presidency. Those around him, beginning with Cardinal Parolin, told him that Donald Trump had no hope of winning, and on Francis' orders the Administration of the Patrimony of the Apostolic See helped finance Hillary Clinton's presidential campaign. (It is now being said that the money used for it came from Peter's Pence, the donations of the faithful made supposedly for charitable purposes.)

Francis also intervened in the campaign by word, implicitly accusing Trump of not being a Christian. When Trump won, Francis was furious with his advisors. This may be one reason why Cardinal Parolin has lost favor: he proved himself fallible on predicting outcomes in the United States, and he has failed to deliver the goods in Latin America.

And while [Francis] may be a gifted politician within his limits, the Catholic Church requires higher talents than those of a Peronist party boss.

The global scene in which Francis had pictured his triumph has changed out of recognition. With the rapprochement between the United States and Russia, and with Britain leaving the European Union, Germany and France are left huddled together, trying to protect the tatters of the liberal world order, an order in which Francis had wished to cast himself as the high priest. He now faces what is, for him, a political fiasco.

The White House has strong cards to play against the Vatican, and one may be surprised that it has so far held back from playing them. It is known that the CIA was monitoring the Conclave of 2013, and the thought that the American government might make use of its knowledge is said to be causing sleepless nights in the Curia. With the failure of the Holy See to reform its criminal financial structures, for which the evidence mounts day by day, one can readily imagine international financial bodies, led by America, deciding that enough is enough. The brutal dismissal in June 2017 of Libero Milone, the Vatican's auditor general, who is not without friends in America, might prove the final provocation.

The fundamental reason for this predicament is that Francis has gone beyond his limits. He is a clever politician — the cleverest to occupy the papal throne for centuries, well able to run rings round unsuspecting churchmen like Cardinals Burke, Sarah and Müller — but as a world statesman he is out of his league. And while he may be a gifted politician within his limits, the Catholic Church requires higher talents than those of a Peronist party boss. More observers are becoming aware of this fact.

For more information on Pope Francis' political maneuverings, order Henry Sire's The Dictator Pope: The Inside Story of the Francis Papacy.

Republished with permission from Regnery Publishing. 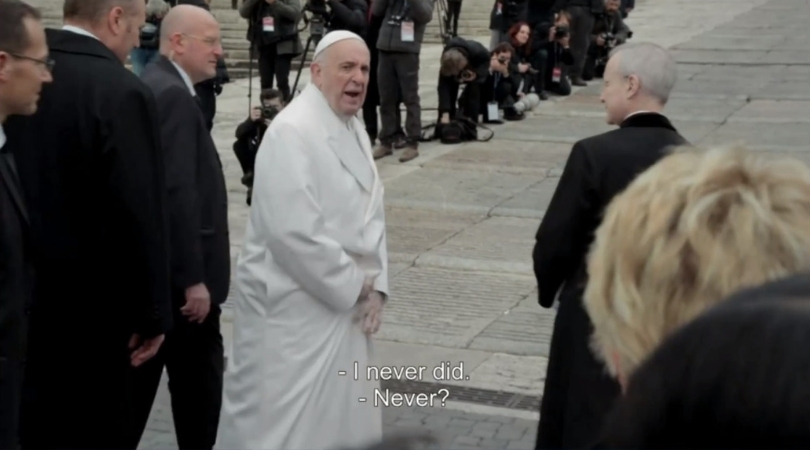