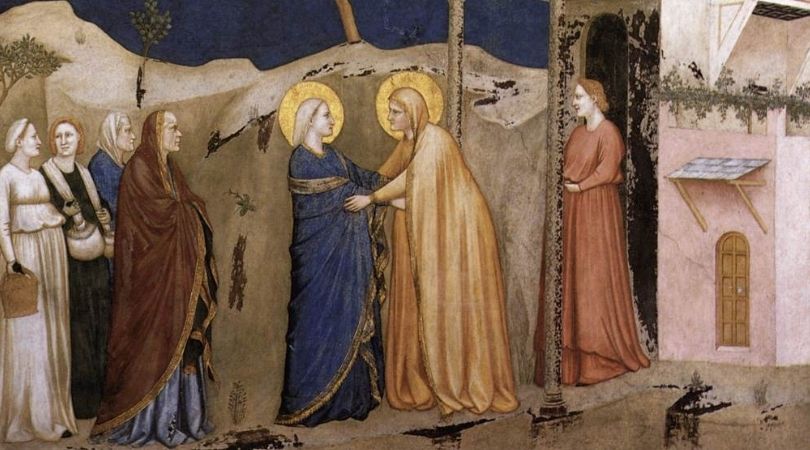 In this ongoing COVID winter and amidst the sinfulness of our world, one mystery of the Faith we should cherish is the Visitation.

The mystery harkens back to Luke 1:39–45, in which the pregnant Blessed Mother visits her pregnant, much-older cousin, Elizabeth. Scripture describes it as follows:

During those days, Mary set out and traveled to the hill country in haste to a town of Judah, where she entered the house of Zechariah and greeted Elizabeth. When Elizabeth heard Mary's greeting, the infant leaped in her womb, and Elizabeth, filled with the Holy Spirit, cried out in a loud voice and said, "Most blessed are you among women, and blessed is the fruit of your womb. And how does this happen to me, that the mother of my Lord should come to me? For at the moment the sound of your greeting reached my ears, the infant in my womb leaped for joy. Blessed are you who believed that what was spoken to you by the Lord would be fulfilled."

God's people will always face struggles and persecution, but Scripture reminds us that the saints did too. By contemplating the Visitation, we come to know that it is our response to suffering that both demonstrates our faith and strengthens it. Saint Mary and her cousin St. Elizabeth were poor women who led difficult lives, but they had been deeply touched by grace — a grace that allowed them, together, to facilitate humanity's redemption.

Elizabeth's bearing a child in old age was likely quite frightening because the feat could plausibly result in her own death. Even today, many women in their late 30s and early 40s experience life-threatening complications from pregnancy.

Yet when they learned that they would soon bear children, the responses of the women were overwhelmingly positive. Elizabeth said, "So has the Lord done for me at a time when He has seen fit to take away my disgrace before others." Mary said, "Behold, I am the handmaid of the Lord. May it be done to me according to Your word."

Mary's response, in particular, was vital to the history of salvation. Jesus is God, but also fully human. And the human nature He inherited is from Mary. The next time you stand before a piece of religious art, allow yourself to wonder: "Did Jesus have the same eyes as His Mother?" Allow that question to put your trials into perspective — especially in terms of how your response to them could alter the history of salvation and help bring others to Christ.

Recall also that meeting adversity with the joy that both Mary and Elizabeth did may be necessary for more than just a short time. Mary and Elizabeth lived during a period in which even the Son of God was to be hated, and in which the Devil controlled many people (a period not that different from our own). The sons of both women would eventually be martyred, and the lives of the women's families would prove difficult in many ways. Our own responses to suffering must reflect equal fortitude.

Spend a moment taking to heart how both of these women welcomed God into their lives, and let Him lead them. And let us not forget, as some do, to regularly contemplate Mary's role in salvation history.

The next time you stand before a piece of religious art, allow yourself to wonder: 'Did Jesus have the same eyes as His Mother?'

The Visitation also holds a second lesson for the faithful of our times — the importance of good Christian fellowship.

Most commentators on the episode believe that Mary visited Elizabeth to care for her older cousin and to provide her with whatever physical and spiritual support was necessary as she gave birth to John.

News Report: Our Lady of Sorrows

While both Mary and Elizabeth endured great suffering as a result of their participation in God's plan, a key consolation for both was likely their friendship. Believers, take this to heart: To be successful as a disciple, you need to bond with other disciples and engage in close relationships with those of like mind.

Although I am in my 60s now, I still vividly recall my high school chemistry teacher demonstrating that molecules made of the same substance will generally stick together.

Although researchers later learned that it is unhealthy to handle mercury (the substance that used to be used to fill thermometers), we were allowed, at the time, to use it to help us understand the laws of science. The chemistry teacher had a large bowl in which he placed several small balls of mercury. As we watched, he rotated the bowl, and soon, they connected, becoming one large ball.

They would not, on the other hand, bond with gold.

It's no sin to move out of a situation in which you find yourself lonely and persecuted.

As mercury bonds best with mercury and gold with gold, seek out those "golden" disciples who will best support you in your quest for Heaven. To really thrive in this time of crisis in the Church, good disciples need to have the support of those made of the same purified metal. Those made of the same core substance — even when they are different on the outside — tend to adhere to each other while rejecting those that do not share their fundamental nature. Keep this in mind.

In the last few years, there has been a great dividing of the chaff from the wheat, in the Church. This is to be expected. As our Lord said to the disciples when He sent out to proclaim the gospel, "Whoever should not receive you or listen to your words — go outside that house or town and shake the dust from your feet" (Matthew 10:14). If you find yourself in a community that is not adhering to the Faith as supported by Sacred Scripture and reinforced by the Church's age-old Tradition, don't hesitate to go elsewhere!

It's no sin to move out of a situation in which you find yourself lonely and persecuted.

Even though the days are dark, the Holy Spirit is powerfully at work. Take this to heart and support one another. If you do find yourself isolated, remember that all it takes is a short prayer to your guardian angel, and he will be with you. Don't hesitate to travel on a beautiful Sunday morning to be with those men and women of like faith and mind.

Mary suffered numerous hardships and traveled to her cousin Elizabeth over a great distance so that they could support and validate each other. We need to follow her example. 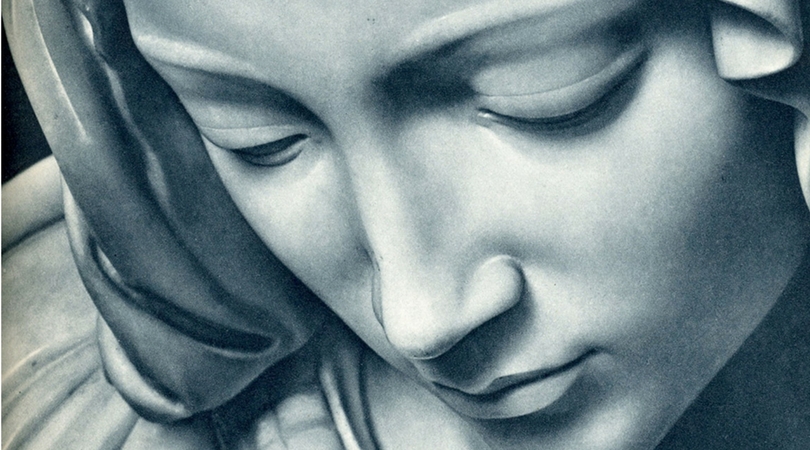