The Work of St. John Bosco 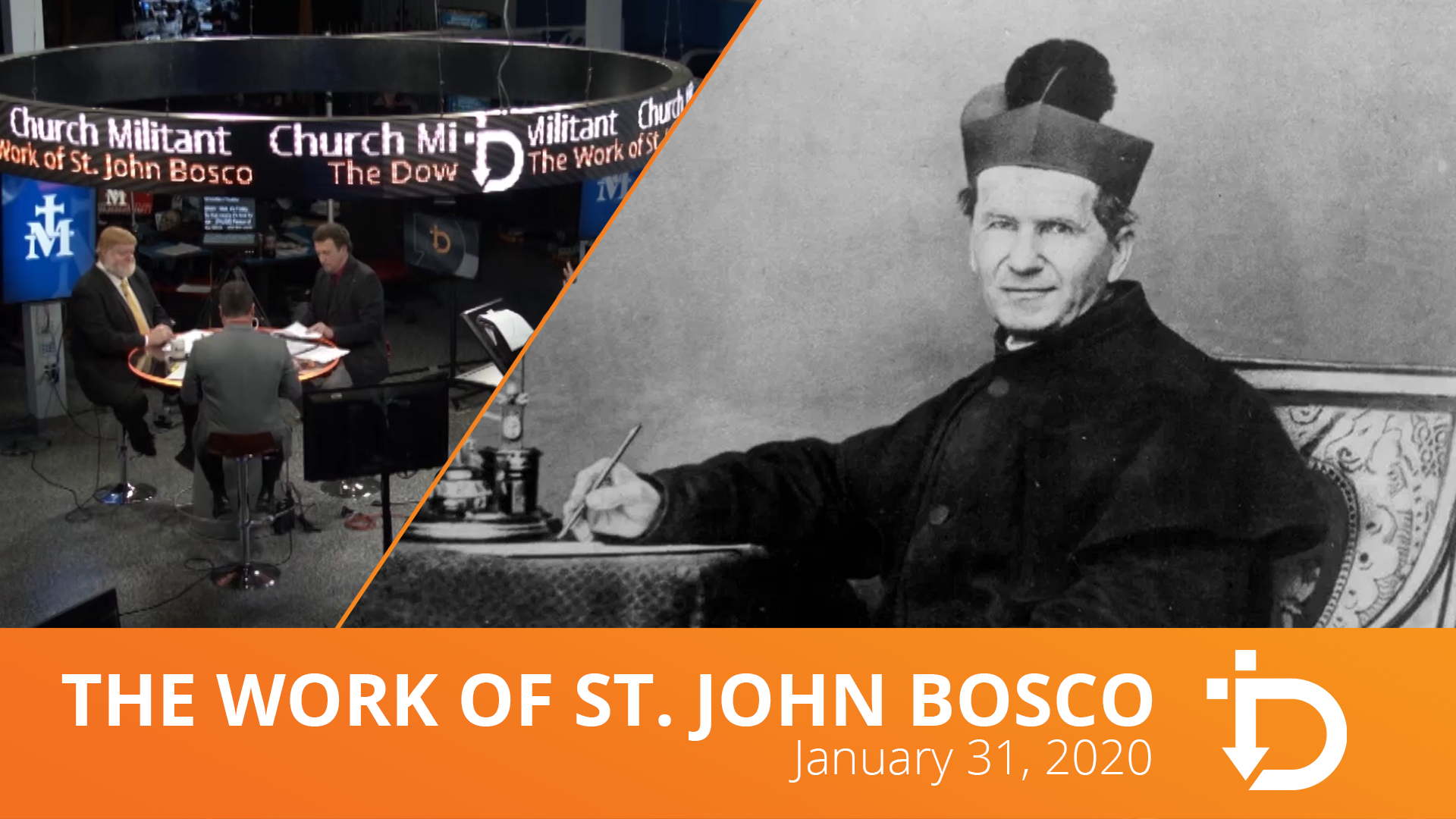 Prophet and servant of the unwanted

We hear talk from priests and bishops now about social justice and reaching out to people in the margins, but little talk about actually saving people's souls. Saint John Bosco was a priest who reached out to the marginalized of his time and place, the abandoned boys of Turin, Italy.

It was a time when industrialization was advancing in Europe, and like in many cities embracing the new form of production, there were a large group of poor people who were working hard.

At the time, there were many boys roaming the streets who had been abandoned by parents too poor to feed their own children. These boys, with no good parental direction, became a menace on the streets.

John Bosco already had a great affection for abandoned boys, since his own father died when he was only two years old. In 1825, when he was 9 years old, God began communicating with him in dreams and it would continue throughout his lifetime.

In his first dream, he saw a large group of abandoned boys playing and blaspheming. A man, which the saint described as nobly attired, manly and imposing, told him, "You will have to win these friends of yours not with blows, but with gentleness and kindness. So begin right now to show them that sin is ugly and virtue beautiful."

After that, he dedicated himself to the salvation of these poor boys. He became a priest and started feeding them, playing with them and teaching them the Catechism. Word spread quickly, not just among the street boys but also among other men in Turin who saw the good works his efforts were rendering to the city as a whole. Men wanted to join St. John in his work and so he founded the Salesians, named after the great St. Francis de Sales, to minister to these boys.

After that, he dedicated himself to the salvation of these poor boys. He became a priest and started feeding them, playing with them and teaching them the Catechism.

The saint continued to have many prophetic dreams, with many being about his boys. One poignant dream involved seeing some of his boys going to Hell due to their unconfessed sins of impurity. While the dream showed Hell as a horrific place, the account reveals Bosco's unflagging desire for his boys' salvation.

He noted in his dream that more of his boys were ensnared by the sins of "impurity, disobedience and pride," adding "these three were linked together."

His vision was not just one of horror, it was to help him understand what could free his boys from these satanic snares. He noted:

Looking even more closely, I spotted knives among the traps. A provi­dential hand had put them there for cutting oneself free. The bigger ones, symbolizing meditation, were for use against the trap of pride; others, not quite as big, symbolized spiritual reading well made. There were also two swords representing devotion to the Blessed Sacrament, especially through frequent Holy Communion and to the Blessed Virgin. There was also a hammer symbolizing confession and other knives signifying devotion to St. Joseph, to St. Aloysius and to other saints. By these means, quite a few boys were able to free themselves or evade capture.

Although Bosco worked hard to be a father these boys never had, provide them with a childhood amidst terrific hardships and teach them a trade and good work ethic, he always held their eternal salvation as the most important thing.