The Year of St. Joseph 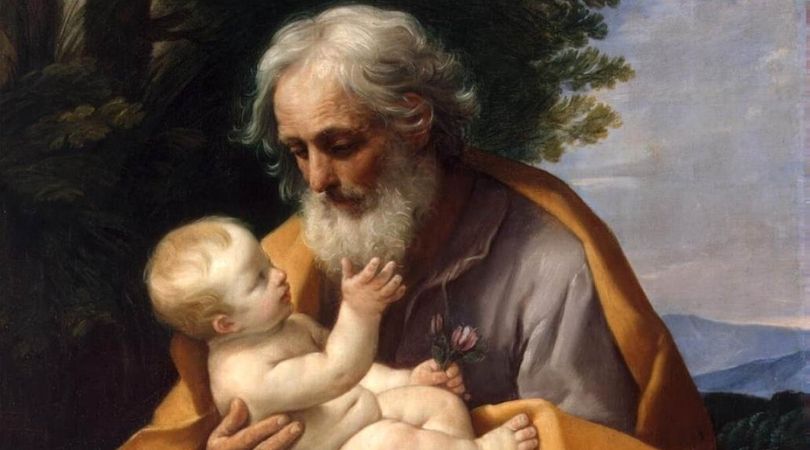 Pope dedicates year to universal patron of the Church

VATICAN CITY (ChurchMilitant.com) - Pope Francis is declaring December 2020–2021 the Year of St. Joseph, asking people to "implore his intercession and to imitate his virtues and zeal."

The apostolic letter, released Tuesday, features seven reflections on the person of St. Joseph. Pope Francis declares "After Mary, the Mother of God, no saint is mentioned more frequently in the papal Magisterium than Joseph, her spouse." He further notes that Pope Pius IX declared him patron of the Catholic Church, Pope Pius XII declared him patron of workers and Saint John Paul II called him guardian of the Redeemer.

In the letter, Pope Francis speaks to the fatherly qualities of St. Joseph, declaring:

Each of us can discover in Joseph — the man who goes unnoticed, a daily, discreet and hidden presence — an intercessor, a support and a guide in times of trouble. Saint Joseph reminds us that those who appear hidden or in the shadows can play an incomparable role in the history of salvation.

Father Don Calloway, a priest who has committed to spreading devotion to St. Joseph, declared he petitioned the pope for this very thing just last year.

Calloway declared on a Facebook post yesterday that he wrote a letter to Pope Francis on May 1, 2019, exclaiming, "I believe you can bring about much good for the Church if you declare a universal Year of St. Joseph for the Church!"

In the 2,000-year history of Christianity, we have never had such a year.

He further remarked, "In the 2,000-year history of Christianity, we have never had such a year."

The letter was written by him in English, which was afterward translated into what he calls "churchy Spanish" by a Spanish-speaking fellow member of the Congregation of Marian Fathers of the Immaculate Conception of the Most Blessed Virgin Mary. The letter was then hand-delivered four days later to the pope by Argentinian bishop Hector Zordan.

Calloway was not informed of the declaration by any Vatican officials. Rather, he was informed by a Catholic journalist only after the declaration was made public on the morning of the Solemnity of the Immaculate Conception.

Fr. Calloway talks about his excitement over the Year of St. Joseph

He also remarked in a video response, "In my opinion, it's the best thing that Pope Francis has done, no kidding."

Calloway has been promoting devotion to St. Joseph, publishing his newest book, Consecration to St. Joseph: The Wonders of Our Spiritual Father, on January 1, 2020 — the 150th anniversary of the proclamation of St. Joseph as patron of the Universal Church.

In the book, he discusses two main reasons for an increase in devotion to St. Joseph. The first reason is, "Marriage and the family have always been under attack, but in modern times, the threats have reached extraordinary heights."

"Many people no longer know what it means to be a man or a woman, let alone what constitutes a marriage and a family," Calloway wrote, adding, "There is great confusion on these matters — greater confusion than in any previous era of human history."

His second reason reveals an even more encompassing problem, that "the entire world needs to be re-evangelized."

"Many nations and cultures that were previously Christian have fallen away from their Christian roots and are on a path of self-destruction," he said, noting that countries once established on Judeo-Christian principles "have become overrun by ideologies and organization that seek to strip society of all that is sacred." He warned that, "without a major turnaround, civilization itself is going to self-destruct."

Many nations and cultures that were previously Christian have fallen away from their Christian roots and are on a path of self-destruction.

Calloway elaborated to Church Militant, "By looking to St. Joseph and consecrating ourselves to him we can increase in wisdom and closeness to Jesus. Saint Joseph's name literally means 'increase.'"

He concluded, "By consecrating ourselves to St. Joseph, we, too, can increase in wisdom and closeness to Jesus!" 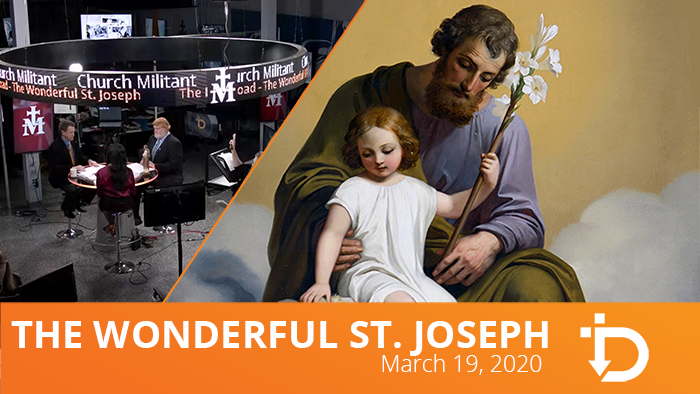