They Won’t Stop at Book Burning 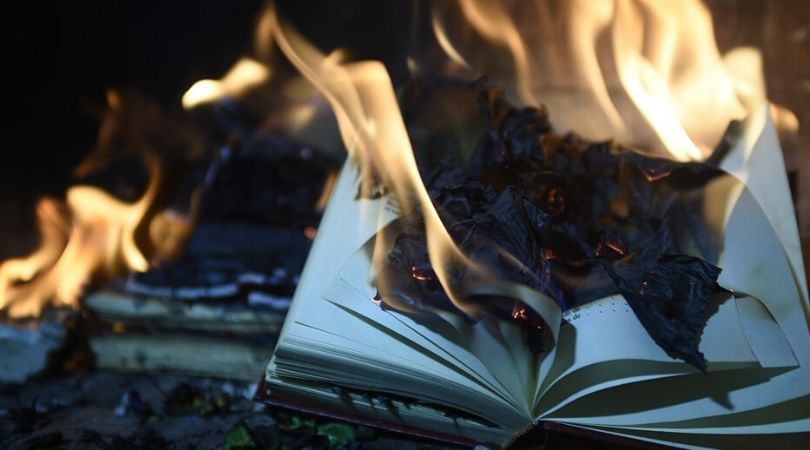 The gradual teardown of civilization

After the destruction of the Second Temple of Jerusalem in 70 A.D., the Jews relied on literacy to preserve their culture, with the Mishna as the written record of what until then had been an oral tradition of rabbinic commentaries.

While functional illiteracy seems to have been common, our Lord asked his listeners at least four times: "Have you not read ... ?" (Matthew 12:3, 12:5, 19:4 and Mark 12:26). On the very day of the Resurrection, he explained the prophetic writings to the two men on the Emmaus road, just as Philip later would baptize the obviously well-lettered official of the Ethiopian royal household.

Romans often had Greek slaves as teachers, because they were better educated than themselves. King Malcolm of Scotland did not bother to learn how to read but was charmed by the way his wife, St. Margaret, could read to him, and the subjects she chose gave her much influence.

Since the transmission of knowledge and its ancillary wisdom is fragile and dependent upon faithful stewards, civilizations require civilized people.

The first part of the eucharistic liturgy is the "synagogue part" because it teaches from the Sacred Books. "For I delivered to you first of all that which I also received: that Christ died for our sins according to the Scriptures ..." (1 Corinthians 15:3). Since the transmission of knowledge and its ancillary wisdom is fragile and dependent upon faithful stewards, civilizations require civilized people.

Many were surprised in 1953 when President Eisenhower warned in a commencement speech at Dartmouth, without notes or teleprompter:

Don't join the book-burners. Don't think you are going to conceal faults by concealing evidence that they ever existed. Don't be afraid to go in your library and read every book, as long as any document does not offend our own ideas of decency. That should be the only censorship.

Having considerable experience of war, he had seen the consequences of thought control.

Back in 1821, Heinrich Heine wrote: "Where they burn books, they will, in the end, burn people too."

The destruction of the libraries of Alexandria by Muslims in 640 and Cluny by Huguenots in 1562 had irreparable consequences. This also applies to the mutilation of art in all its forms. This is not a question of taste or optional aesthetic judgment. It is simply the fact that to rewrite history is eventually to resent history altogether, to live in the present without past or future.

The cruelest illiteracy consists in a pantomime education that commands what to think rather than how to think, and that erases from a culture any memory of its tested and vindicated truths.

In George Orwell's 1984 dystopia: "Every record has been destroyed or falsified, every book rewritten, every picture has been repainted, every statue and street building has been renamed, every date has been altered. And the process is continuing day by day and minute by minute. History has stopped. Nothing exists except an endless present in which the Party is always right."