‘This Never Happened in My Diocese’ 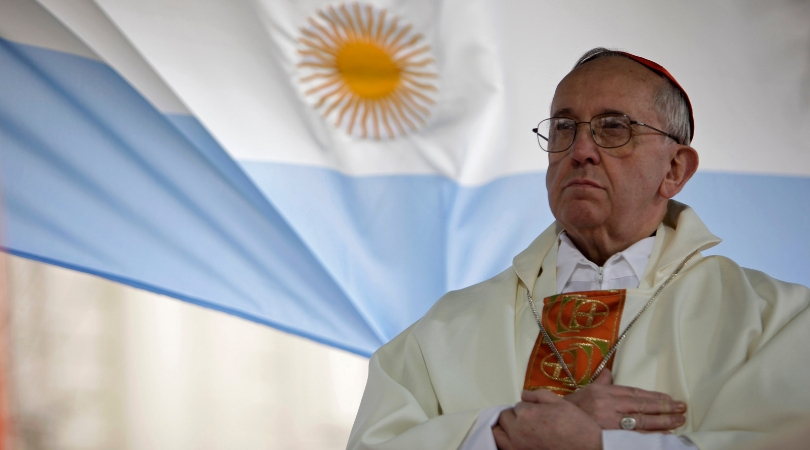 If Pope Francis was lax with sex abuse in Argentina, he'd have reasons to downplay it in Rome

American attorney Robert S. Bennett, a former member of the U.S. Bishops' National Review Board, was interviewed on Sept. 6, 2018 by Raymond Arroyo on The World Over. Bennett said he wrote to Cdl. Daniel DiNardo, the president of the U.S. Conference of Catholic Bishops (USCCB), offering to return to the National Review Board to help undertake a forensic investigation into failure on the part of U.S. Catholic bishops to deal with clerical sexual abuse in a responsible manner. Bennett strongly believes that only a lay organization like the National Review Board is capable of undertaking such a study.

His remarks echo those of Bp. Edward Scharfenberger of Albany, who rejected Cdl. Donald Wuerl's call for the USCCB to form a special committee to study the problem. Scharfenberger feels that the USCCB has lost all credibility on the issue and that "bishops alone investigating bishops is not the answer" (Lawler).

Bishops alone investigating bishops is not the answer.

If such a forensic investigation were to be launched, how should it proceed? Bennett told Arroyo, "You have to follow the money." By this, he meant you have to start with the present problems and see when and where they may have originated. Unfortunately, this often is not done.

Take, for example, the 1994 case of Fr. Francis Luddy of the Altoona-Johnstown diocese, who was not removed from ministry when his bishop first learned of his predatory behavior. While the district attorney reported that Fr. Luddy revealed that he had been molested in the seminary at the same age of the young man he himself later preyed upon, no one ever thought to inquire where, when and by whom Luddy was molested.

The U.S. media's investigative reporting of the current sex abuse crisis today is no better than the investigation that was undertaken involving the Luddy case. Archbishop Carlo Maria Viganò accused Pope Francis of failing to remove then-Cardinal Theodore McCarrick from ministry after he, Richard Sipe and Fr. Boniface Ramsey had alerted Church officials to McCarrick's sexual antics, which were already common knowledge within the Church.

If Pope Francis indeed was aware of these allegations and failed to act, then an investigation of Pope Francis' handling of other past abuse cases should shed light on his guilt or innocence. Ordinarily, if a person covered up abuse in the past and did not get caught, he will be prone to continue covering up.

If forensic investigators were to return to the archdiocese of Buenos Aires, where Pope Francis has yet to visit since his election, what might they find? In 2017, German TV channel ZDF produced a documentary showing how Pope Francis, when he was the archbishop of Buenos Aires, ignored cries for justice from abuse victims in his diocese; transferred predator priests to other parishes, as in the case of Fr. Mauro Inzoli; and sought to overturn a verdict of Fr. Julio César Grassi, who is serving a 15-year sentence for abusing children entrusted to his care in the "Happy Children Foundation" orphanage.

The documentary not only reveals how Francis, as Jorge Bergoglio, covered up pedophilia and the abuse of teenage boys, but also shows how he failed to address sexual abuse involving women. Featured in the documentary were six female victims of abuse who alleged that the current pope never answered their own specific complaints when they wrote to him as the archbishop of Buenos Aires.

In the course of undertaking their investigation in Buenos Aires, investigators were taken aback by what Pope Francis said to Rabbi Braham Skorka as recorded in their co-authored book, On Earth As It Is in Heaven. When asked by the rabbi about the incidence of sexual abuse in Buenos Aires, the Pope's response was, "This never happened in my diocese" (Hickson).

The veracity of that response is particularly hard to accept when one considers the fact there are no fewer than 2.5 million Catholics in the Buenos Aires archdiocese. When one of the six women featured in the documentary was asked to comment about the Pope's claim that he never had to deal with a case of sexual abuse, she responded, "He wants people to believe that, but it is a lie" (Hickson).

If the Pope lied about the incidence of sexual abuse within his former archdiocese, it is understandable why he would not take action against other bishops for underreporting abuse.

Speaking of lying, if the Pope lied about the incidence of sexual abuse within his former archdiocese, it is understandable why he would not take action against other bishops for underreporting abuse. In February of 2017, Pope Francis was sent documentation via San Diego Bp. Robert McElroy and the Apostolic Nuncio Christophe Pierre requesting that the Pope take action against Cdl. Edwin F. O'Brien who, when he was the archbishop for the Military Services, reported to the National Review Board that there were only two cases of sexual abuse in the military archdiocese.

In response to this report, Bishop Accountability — which recorded some 100 Catholic military chaplains of having been credibly accused or convicted of sex abuse — said, "Transparency regarding the abuse of military chaplaincies by U.S. bishops and order superiors is long overdue."

Because U.S. prelates like O'Brien grossly underreported abuse within their (arch)dioceses to the National Review Board, it is no wonder that the 2004 John Jay Study — based on false statistics provided by U.S. bishops — reported that only 4.3 percent of U.S. priests were guilty of sexually abusing minors between 1950 and 2002.

Cardinal O'Brien was also reported for having failed to remove Fr. John "Matt" Lee from ministry when he was informed in a letter dated May 6, 2002 that Lee was involved in an ongoing homosexual relationship. When Lee was arrested in 2007 and convicted of aggravated assault, sodomy, conduct unbecoming an officer and failure to disclose to sex partners that he was HIV positive, O'Brien lied by implying he had no knowledge of Lee's predator problems. While Lee only served a two-year sentence, he was later arrested in 2014 and is currently serving a 30-year sentence in a Delaware State Prison (Department of Justice).

The Feb. 15, 2017 letter to Pope Francis also implicated Bp. Joseph Adamec, the retired bishop of the Altoona-Johnstown diocese, who issued a "precept of silence" against Monsignor Philip Saylor, threatening him with excommunication if he were to speak about how Adamec mishandled the Francis Luddy lawsuit in which Saylor's truthful testimony cost the diocese $1.2 million. When Adamec was called to testify before the 37th Pennsylvania grand jury in which 50 priests of Altoona-Johnstown were found to have abused hundreds of young men and boys, his response to questions that were posed to him was silence.

Investigators will connect the dots and see how the Pope mishandled abuse in Buenos Aires, and, having gotten away with it, thought he could do the same thereafter.

How can one expect Pope Francis to discipline Bishop Adamec who was faulted by the Pennsylvania grand jury of covering up numerous cases of sexual abuse when the Pope himself has responded to similar allegations by also taking the Fifth Amendment (Associated Press)?

The head of the Roman Catholic Church, to whom all bishops report, cannot discipline bishops who perpetrate or cover up abuse when he himself is guilty of covering up and underreporting abuse. The Pope cannot continue taking the Fifth Amendment praying that this whole abuse thing will just blow over.

Investigators will connect the dots and see how the Pope mishandled abuse in Buenos Aires, and, having gotten away with it, thought he could do the same thereafter. Father Matt Lee thought that after having gotten away with abusing sailors in Hawaii, he could also do so at the U.S. Naval Academy and at the Marine Corps base in Quantico, Virginia. It turned out that Lee was wrong and he got caught (Chibbaro). It is only a matter of time before Francis, Wuerl, O'Brien, Tobin and other prelates guilty of covering up and underreporting sex abuse suffer the same fate. 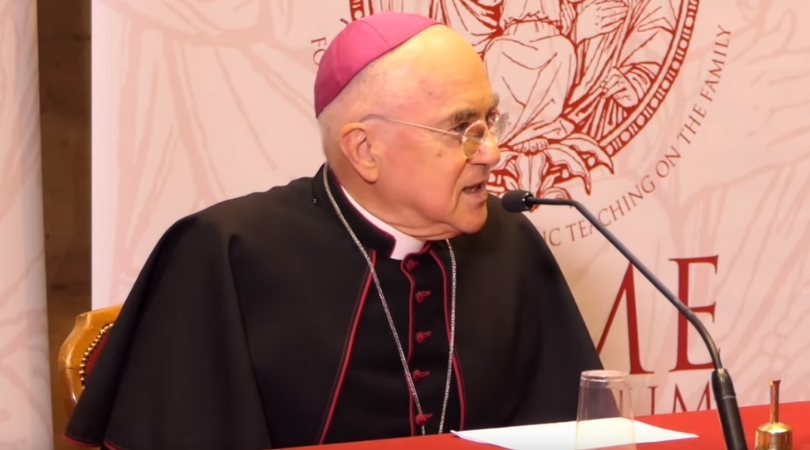