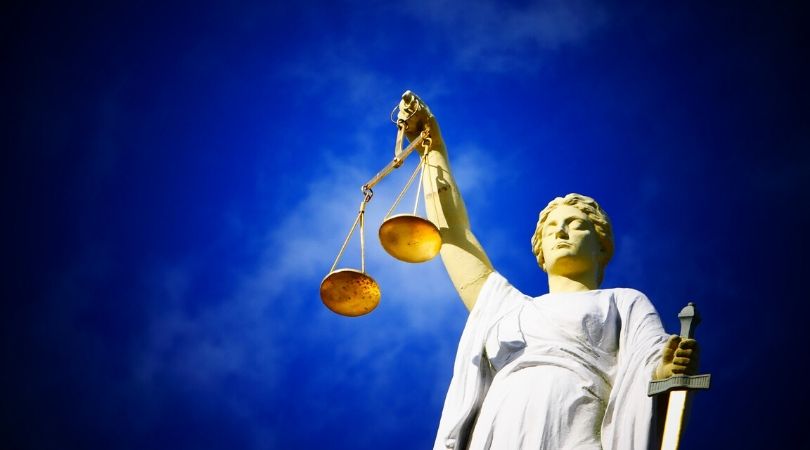 DETROIT (ChurchMilitant.com) - Asserting that all lives matter or that protesters should remain peaceful supposedly is racist speech that now has sudden and dire consequences.

"This may be a lot of things, this moment we are living through," observed Carlson. "But it is definitely not about black lives, and remember that when they come for you. And at this rate, they will."

Blowback to Carlson's comments caused sponsors to pull ads from his show including those by Disney, Papa John's, Poshmark and T-Mobile.

Carlson also brought up so-called swift justice that caused a men's basketball coach to be fired in Vancouver for simply liking a tweet that questioned black lives matter with the seeming assumption that all lives really matter regardless of color.

The following day, Carlson returned to the theme of how people were quickly judged to be racist and then immediately punished. He brought up the case of the Serbian soccer player, Aleksandar Katai, whose wife was in another state when she posted online comments in the Serbian language that were critical of looters, who were then wrecking Minneapolis.

Although she commented from Chicago, her husband, who was in Los Angeles practicing with his soccer team, the LA Galaxy, nevertheless still suffered the consequences.

The management of the LA Galaxy forced Katai to apologize for his wife and then to denounce her — denounce his own wife. Then they made him endorse Black Lives Matter, which he did. And then they fired him anyway. And then they attacked him on his way out, for something he didn't even do and may not even have known about that was written in a language almost nobody in America understands.

Another case Carlson cited involved UCLA professor Gordon Klein who was suspended and placed under police protection for requiring all students to take a previously scheduled exam. When minority students had asked to be exempt from the exam following the death of George Floyd, Klein refused, saying all students regardless of color had to take the exam.

Saying that all lives matter was once was considered not only part of free speech but simply just common sense. When viewing it through the current lens of racism, however, the phrase can result in real-world consequences.

Carlson noted, "UCLA immediately suspended him. Students threatened to kill him. Now Klein has police cars outside of his house."

Another professor on the California coast met with a similar outcome for exercising free speech. Catholic writer and philosophy teacher Timothy Gordon was fired on June 5 via e-mail by the diocese of Fresno when Gordon's students objected to his tweets critical of BLM.

"This e-mail followed short hours after a petition by progressive students and parents demanded my removal," Gordon related. "The reason? A series of tweets I had made (on summer break) about the domestic terror group "'Black Lives Matter.'"

Gordon added, "The organizers were getting signatories any way they could. I'm told that students were being bullied into signing it."

I will not, whatsoever, ever take Black Lives Matter seriously.

Saying that all lives matter was once was considered not only part of free speech but simply just common sense. When viewing it through the current lens of racism, however, the phrase can result in real-world consequences.

Such is the case of Grant Napear, whose 32-year career in TV was ended by uttering that phrase. When basketball player DeMarcus Cousins tweeted about BLM, Napear responded to Cousins with, "All Lives Matter, Every Single One!!!"

Meanwhile, some courageous commentators are still speaking up.

Black conservative commentator Candace Owens has made it clear she does not support BLM for a variety of reasons. One such reason is the group isn't concerned with unborn black babies.

"I will not, whatsoever, ever take Black Lives Matter seriously because if black lives mattered," remarked Owens, "we would be talking about abortion ... which has murdered 17 million black babies since its inception."

Owens sentiments are an echo of those expressed years earlier by Milwaukee's former Sheriff David Clarke.

Clarke, who is also black, took to task those protesting under BLM banners in 2014 tweeting, "If only these faux protesters were asked by media about all the black-on-black killing or black babies aborted in [the] U.S. every year."