Three More Dioceses: No Communion for Divorced and Civilly Remarried

LINCOLN, Neb. (ChurchMilitant.com) -Three more dioceses are reaffirming Catholic teaching on divorce and remarriage, rejecting the possibility of Holy Communion to the divorced and remarried.

Bishop James Conley of Lincoln, Nebraska, is the latest bishop to provide guidelines for his diocese. He released a letter on December 5 on the topic of Holy Communion for the divorced and remarried, echoing the guidelines of Phoenix, Arizona and Alberta, Canada.

In the letter to diocesan priests, Conley provided his clergy with the pastoral guidelines of the Phoenix diocese, the province of Alberta and the archdiocese of Philadelphia.

"I have provided these particular documents because they reflect the most faithful interpretation of 'Amoris Laetitia,'" Bp. Conley explained, "and convey the interpretation that is to be considered normative in the Diocese of Lincoln."

In the wake of widespread confusion concerning Pope Francis' apostolic exhortation, which some claim has opened the possibility of admitting the divorced and remarried to reception of the Eucharist, Conley suggests that the debate can result in greater clarity in Church teaching.

"'Amoris Laetitia' will continue to be discussed among the Church's bishops and the Holy Father, in order to bring clarity and understanding to difficult questions," he said. "I appreciate that public disagreement in the Church can become a source of discouragement. The history of the Church has included great theological disputes, which have been the source of division but, ultimately, have led to clarity, and to renewal."

The bishop admitted that the exhortation "also includes some passages which have proven challenging to interpret and understand, especially regarding the pastoral care of Catholics who are divorced and civilly remarried, or cohabiting," but went on to re-affirm Church teaching.

"Sexual relationships outside the bonds of marriage constitute circumstances of grave sin," he confirmed.

Bishop Thomas Olmsted of Phoenix, Arizona is saying the same. Welcoming fallen-away Catholics into the life of the Church "does not ... include receiving Holy Communion for those who are divorced and remarried," he affirmed.

"Pope Francis specifically calls those in this situation to seek the grace of conversion," he went on. "Throughout 'Amoris Laetitia' we see a continuity with the Church's magisterium, especially that of Blessed Paul VI, St. John Paul II and Pope Emeritus Benedict XVI, which reaffirm the constant tradition of the Church."

The bishops of Alberta and the Northwest Territory in Canada are also rejecting liberal interpretations of the apostolic exhortation. Their guidelines state:

It may happen that, through media, friends or family, couples have been led to understand that there has been a change in practice by the Church, such that now the reception of Holy Communion at Mass by persons who are divorced and civilly remarried is possible if they simply have a conversation with a priest. This view is erroneous.

The guidelines were signed by all six bishops in charge of the more than 1 million people living in Alberta and the Northwest Territory.

Undertaking to live as brother and sister is necessary for the divorced and civilly remarried to receive reconciliation in the Sacrament of Penance, which could then open the way to the Eucharist. This is a hard teaching for many, but anything less misleads people about the nature of the Eucharist and the Church.

The document counsels pastors to avoid giving the appearance of scandal. "[W]here pastors give Communion to divorced and remarried persons trying to live chastely, they should do so in a manner that will avoid giving scandal or implying that Christ's teaching can be set aside," the guidelines state. "In other contexts, also, care must be taken to avoid the unintended appearance of an endorsement of divorce and civil remarriage.

The guidelines of the aforementioned dioceses stand in stark contrast to those of San Diego bishop Robert McElroy, who ordered priests in his diocese to post invitations in parish bulletins welcoming divorced and remarried Catholics to "utilize the internal forum of conscience" to decide whether to approach for Holy Communion.

In June, 45 Catholic scholars and theologians sent a letter to Pope Francis expressing their grave concerns over doctrinal ambiguities in "Amoris Laetitia." Signatories asked the College of Cardinals to "approach the Holy Father with a request that he repudiate the errors listed in the document in a definitive and final manner, and to authoritatively state that 'Amoris Laetitia' does not require any of them to be believed or considered as possibly true." 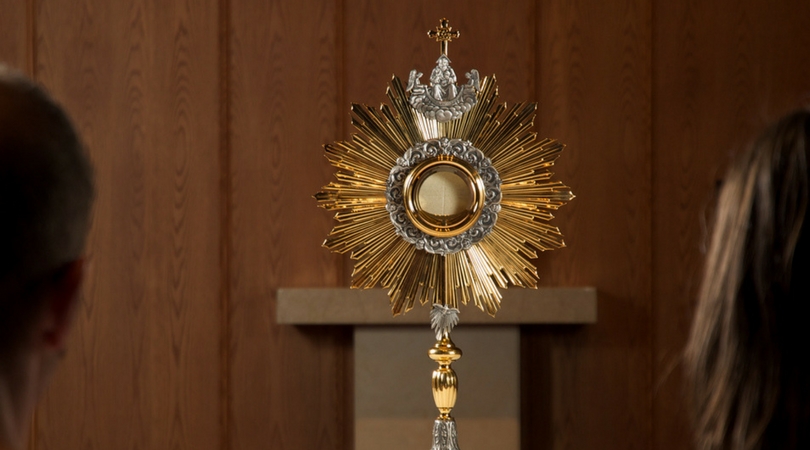