The Vatican is provoking a backlash by trying to unify China's Communist-backed "Patriotic" Church with the country's underground Catholic Church.

Bishop emeritus of Hong Kong Cdl. Joseph Zen is accusing the Vatican of "selling out" the Church in China.

"The Communists want to enslave the Church," he warns. "You're putting wolves before your flock, and they're going to make a massacre."

After seizing power in 1949, China's Communist government drove the Catholic Church in China underground, viewing it as a threat to their own power.

To subvert Catholic allegiance to Rome, the Communists established a counterfeit "Catholic" Church, the Chinese Patriotic Catholic Association — a schismatic body governed by Beijing instead of Rome.

Cardinal Zen is warning that ceding power to the Communist government will only increase persecution of faithful Catholics in China — the equivalent of "rewarding traitors" and "castigating the faithful." Officials in Rome, he says, are in effect telling China's faithful Catholics, "You are stupid for being loyal for so many years. Now, surrender."

Zen is not alone in his criticism. Population Research Institute Steven Mosher tells Church Militant, "The officially atheistic Chinese Communist Party ... wants to stamp out all religious belief and all religious behavior in China."

He warns Beijing's ultimate goals is "the imposition of atheism on everyone in China."

The Chinese government is responsible for the deaths of tens of millions of its own people and remains an enemy of the Church. Faithful Catholics are mystified as to why the Vatican is courting China's Communists.

Watch the panel discuss the Vatican's Chinese diplomatic push in The Download—Power Struggle. 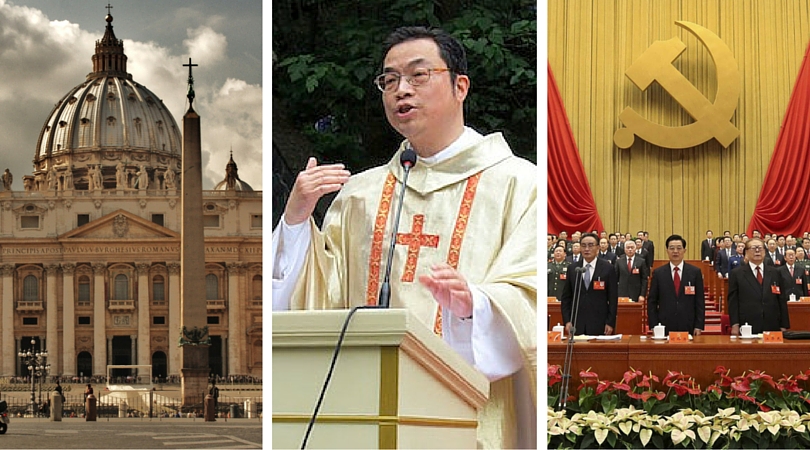