NASHVILLE, Tenn. (ChurchMilitant.com) - Tennessee lawmakers approve a bill to build a monument to the victims of abortion.

Tenessee lawmakers are overwhelmingly supporting the placement of a monument to unborn children on the state's Capitol campus. Tuesday's vote in the state's Senate passed SB2227 by 23–3 with only minor revisions. If the House accepts the revisions, the bill will land on Gov. Bill Haslam's desk for approval. The House passed the companion bill, HB2381, by 63–15 a week earlier.

The bill stipulates that the monument will be funded by private donations, and once it is complete, it will be named: "Tennessee Monument to Unborn Children, In Memory of the Victims of Abortion: Babies, Women and Men."

Tenessee's Capitol currently has two monuments dedicated to the atrocities of slavery and the Jewish Holocaust. Both memorials stand as reminders for future generations "so that a holocaust shall never again occur."

Tenessee Rep. Bill Dunn, one of the 22 co-sponsors of the bill, said at its introduction at the Capitol campus in March, "Both of these monuments that are already here recognize that atrocities occurred because human beings were treated as less than human. In both cases, the vulnerable and defenseless were subjected to the will of the powerful."

Dunn added, "The taking of the life of a baby in the womb is related to this brand of inhumanity."

Dunn noted the monument is to represent all victims, not just the "obvious victim" of the baby who lost its life, saying, "The women coerced into abortion, the fathers who can't protect their unborn child, the brothers and sisters who lose a sibling and society as a whole who becomes coarsened because life is cheapened."

Tennessee lawmakers are currently taking a number of steps to protect unborn children and families in the state. Two bills, passed into law in April, ensured no state tax funding would be given to Planned Parenthood or other abortion providers. The HB 2251 requires the state to apply for a federal waiver to defund abortion mills of the state's Medicaid funding.

Both SB2494 and HB2262 are the culmination of seven years of work by pro-life legislators and Gov. Haslam to redirect $1.1 million of state funding away from Planned Parenthood. The money will be given to public health departments for family planning programs.

In February, legislators approved a "heartbeat bill" requiring doctors to provide an ultrasound prior to performing an abortion.

Tennessee lawmakers are currently in session, and the bill did not specify the design or cost of the abortion victim monument. Church Militant reached out to Rep. Dunn who wasn't able to comment by press time due to the demands the legislative session.

Tereva Parham, a spokesperson for Planned Parenthood of Middle and East Tennessee, told the Charlotte Observer, "At its core, the purpose of this monument is to further stigmatize abortion."

"Our initial reaction to this proposal is that it's another form of political posturing to further create a hostile environment toward reproductive health," Parham said.

Francie Hunt, executive director of Tennessee Advocates for Planned Parenthood, said her problem with the monument is "The intention behind this monument is to shame women who have had abortions."

The Nashville monument for abortion victims would be the first one at a state capitol but wouldn't be the first in the state. The National Memorial for the Unborn in Chattanooga was built on the former site of an abortion mill. 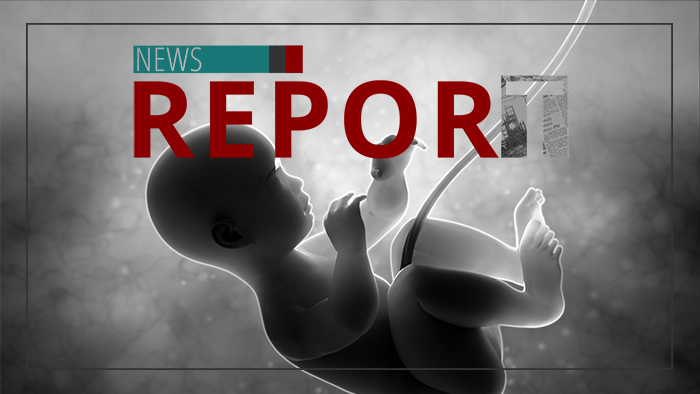