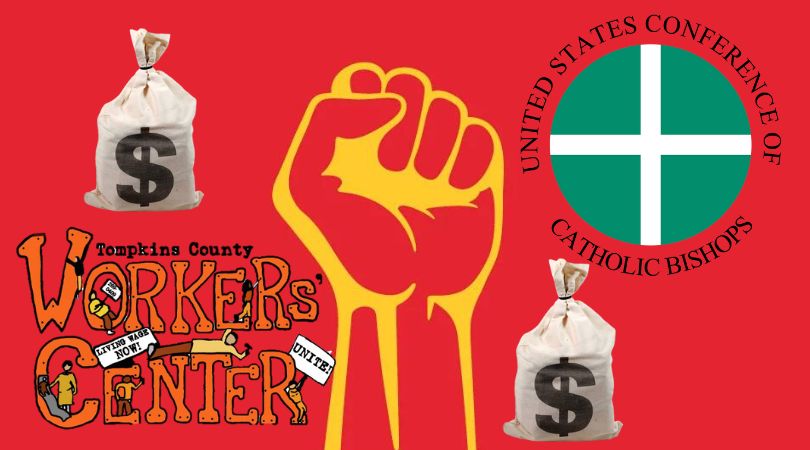 Tompkins County Workers' Center (TCWC) is a longtime grantee of the Catholic Campaign for Human Development (CCHD), having received $225,000 in Catholic funds since 2007. While it hasn't received a national CCHD grant since 2012, its most recent grant, found on the CCHD's 2020–2021 grants list, shows that it received $50,000 for that year.

We [The Lepanto Institute] published a report on TCWC in November of last year, showing a multitude of serious problems (and CCHD grantee violations) with the organization. In that report, we proved that

Given this statement alone and TCWC's affiliation with Jobs With Justice (which is radically pro-abortion, pro-LGBT and Marxist), TCWC should be disqualified from funding. Adding to that TCWC's direct support for Planned Parenthood and its participation in the abortion-advocating Campaign for New York Health, there is no excuse possible for the CCHD to provide any funding to TCWC, no matter how you look at it. Again, see our report, here, for that information.

TCWC is a Marxist organization, founded by a socialist, that is itself promoting socialism.

But what we're going to focus on here is the fact that TCWC is a Marxist organization, founded by a socialist, that is itself promoting socialism. We'll also show further connections between TCWC and Planned Parenthood, TCWC's direct promotion of socialism and TCWC's LGBT advocacy. As a reminder, socialism is completely condemned by the Catholic Church and is absolutely incompatible with Catholic social teaching. 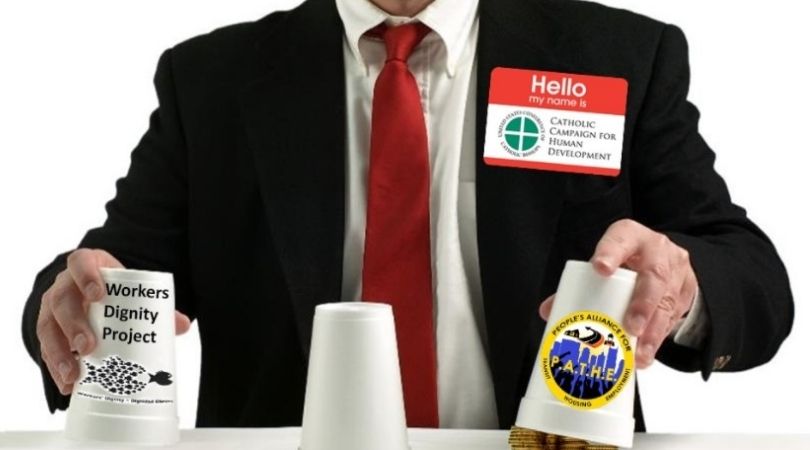