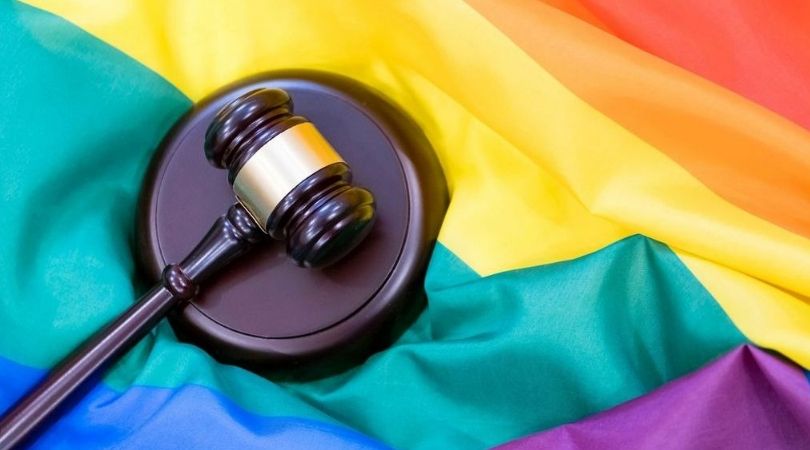 Conscience is becoming a battleground in anti-discrimination issues

ŁÓDŹ, Poland (ChurchMilitant.com) - A Catholic printer who refused to print posters for an LGBT foundation has won a victory in Poland's highest tribunal after it ruled that service providers have a right to act according to their conscience.

The Constitutional Tribunal (CT) overturned a Supreme Court verdict against the printer on Wednesday, calling it unconstitutional since it interfered with the rights of service providers to act according to their conscience and constituted "excessive interference of the state with the freedom of the individual."

In 2017, Adam J. from Łódź, the third-largest city in Poland, emailed the LGBT Business Forum Foundation stating his refusal to print a stand-up banner with the logo and name of the foundation.

We do not contribute to the promotion of LGBT movements with our work.

"I refuse to do a roll-up of the graphics I received. We do not contribute to the promotion of LGBT movements with our work," the printer said.

In March, the District Court of Łódź-Widzew found the printer guilty of violating Article 138 of the Code of Misdemeanours for "irregularities in professional services" and refusing to provide a service without "reasonable cause."

The court also stated that since there was a contract, there was an obligation to provide the service. Article 138 prescribes a fine of up to 5,000 PLN for intentional and unjustified reasons for refusing to perform a service to which one is obliged.

In September 2017, Minister of Justice Zbigniew Ziobro appealed to the Supreme Court against this judgment.

However, the Supreme Court ruled against Adam J. on June 14, 2018, stating that Article 138 did not provide for a refusal. However, it refrained from imposing a fine on the printer.

Minister Ziobro finally took the case to the CT arguing that the Supreme Court's verdict violated the constitutional principle of freedom of conscience and religion and economic freedom.

"The Supreme Court has stood on the side of state violence in the service of the ideology of homosexual activists," Ziobro commented.

In his motion to the CT, Ziobro said that state authorities cannot overtly and repressively interfere with the sphere of civic rights and freedoms, especially when the refusal of a service can be challenged by a civil action.

The CT overturned previous judgments against the printer on the grounds that "freedom of conscience and religion consists not only in the freedom to adopt a specific world view and the principles resulting from it, but also in following these principles."

CT Judge Mariusz Muszyński pointed out that restricting the freedom of private entities to conclude contracts and providing for penalties for refusal to provide such services violate citizens' trust in the state and the law.

Muszyński also stressed that the freedoms limited by the challenged provision are no less important than protection against discrimination.

"The legislator may use more gentle, but more effective, measures to protect against discrimination," the judge noted.

It cannot be right that LGBT activists demand the freedom to organize rainbow marches, and 'on the other hand they organize repressive actions, using the laws of the communist past.'

The "printer from Łódź did not make decisions dependent on the sexual orientation of customers," the ruling stated. "It wasn't about who, and what was ordered. The printer refused to perform the service when it considered that the content it would have propagated through the work of its printing house, violates its freedom of conscience and religion."

It cannot be right that LGBT activists demand the freedom to organize rainbow marches, and "on the other hand they organize repressive actions, using the laws of the communist past," a victorious Minister Ziobro tweeted.

His words were echoed by Polish minister Michał Woś: "You cannot force anyone in the course of business to provide services against your conscience and religious convictions."

Jarosław Jaruga, a lawyer with the Helsinki Foundation for Human Rights, said there were parallels to the U.S. case of a Colorado baker who refused to bake a wedding cake for a same-sex wedding.

We've seen it in the attempt in 2017 by the General Pharmaceutical Council to take away the conscience clause over the morning-after pill (unsuccessful); the (unsuccessful) attempt to extend conscientious rights not to participate in abortions in the 2018 Conscientious Objection (Medical Activities) Bill; and significantly in an American cause celebre, the Hobby Lobby decision 2014 allowing employers with religious objections to decline to provide contraception as part of legally mandated employer health care provision.

"The conscience issue is unlikely to go away any time soon," he added.

However, Pawel Knut, a lawyer for the Campaign Against Homophobia (KPH), said the judgment weakened the level of protection.

"Unfortunately it's a dark day for the history of the protection of human rights in Poland," he said.

In 2017, KPH had hailed the Supreme Court verdict as a "groundbreaking victory of equality in Poland" and "another milestone towards obtaining full protection against discrimination for Polish LGBT citizens."

LGBT rights have become a hot-button issue in Poland ahead of an election scheduled for October or November.

Article 173 of the Polish Constitution provides for dualism of the judiciary. It is composed of courts and tribunals, with the Supreme Court as the highest court of appeal for all criminal and civil cases and the CT as the final arbiter on the constitutionality of domestic and international law and on actions taken by state bodies.