Talk of a "blue wave" has quieted, as a broad-based November victory is no longer assured.

Before their persecution of Brett Kavanaugh, Democrats were positioned to retake the House of Representatives and hand the speaker's gavel once again to Congresswoman Nancy Pelosi (Calif.).

To control the House, a party needs to win at least 218 out of 435 seats. Previously, Democrats were favored to win 206 House races; Republicans had a lock on 189; while 40 contests were judged to be toss-ups.

But as of today, Democrats are favored to win 205 House races; Republicans are projected to win 198; and the number of toss-ups has fallen precipitously, to 32.

In politics, much can happen in four weeks, but for now, invigorated Republicans are relishing the post-Kavanaugh trend.

The Democrats still maintain an advantage — to recapture the House, they need to win 13 of the 32 toss-up races, while Republicans have to win 20 to maintain control.

Still, the trend is significant: nine toss-up seats have shifted into the GOP column, and one "safe" Democratic seat now leans Republican. Every former toss-up has now moved to favoring Republicans.

In the Senate, the story is the same, with all movement favoring Republicans.

Prior to the battle over Kavanaugh, Republicans were expected to win 47 seats and the Democrats 44, with nine seats considered toss-ups. Ominously for the Republicans, some toss-ups were trending toward the Democrat column.

But today, two toss-ups are now favoring Republican candidates; the result is the GOP tally has increased to 49; the Democrats remain at 44; while just seven toss-ups remain. As things stand now, to win control of the Senate, Democrats would have to win six of the seven contests.

Anger at Kavanaugh's treatment by the political Left and their allies in the media has galvanized voters.

"I've got women in my church who were not politically active at all who were incensed with this," recounted Melody Potter, chairwoman of the West Virginia Republican Party, before the Senate's final confirmation vote last Saturday. In his fight for re-election, Sen. Joe Manchin proved sensitive to his constituents' anger, becoming the only Democrat to vote in favor of Kavanaugh's confirmation.

"People in Indiana are angry. They are mad. They are changing their mind," noted Jodi Smith, state director of pro-life group Susan B. Anthony List.

Ahead of the final vote, Sen. Joe Donnelly — a vulnerable Indiana Democrat vying for reelection in November — announced he would vote against Kavanaugh. This "started a firestorm of epic proportions," Smith said. She described Donnelly's decision to follow Sen. Chuck Schumer (N.Y.) instead of his own constituents as "one of the best things that could happen to us," pointing out it may imperil Donnelly's bid to return to Washington.

In politics, much can happen in four weeks, but for now, invigorated Republicans are relishing the post-Kavanaugh trend. 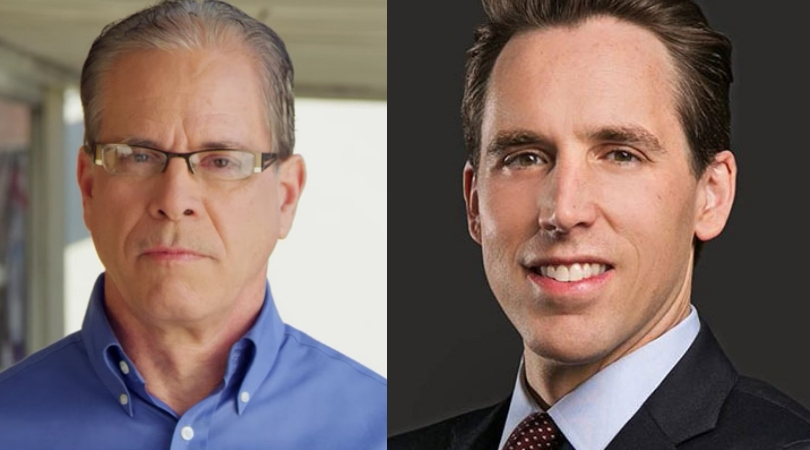