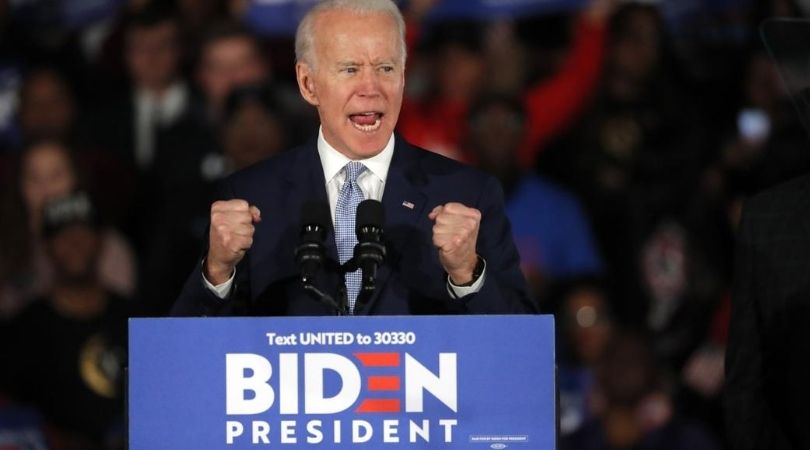 DETROIT (ChurchMilitant.com) - Prominent clergy are duking it out on social media over Joe Biden calling himself Catholic. Biden, the presumed Democratic candidate for president, announced this week Sen. Kamala Harris is his running mate.

Bishop Thomas Tobin of Providence, Rhode Island commented Tuesday on Twitter, "Biden-Harris. First time in a while that the Democratic ticket hasn't had a Catholic on it. Sad." Bishop Tobin's tweet was understood as a jab at Biden, saying he isn't authentically Catholic.

Mr. Biden is a baptized Catholic. Thus, he is a Catholic. https://t.co/IcO70zhKHd

In comments to the Boston Globe, Fr. Martin elaborated, "I cannot say why Bp. Tobin tweeted that out yesterday. All I can say is that, as someone who was baptized as a child, Mr. Biden is as Catholic as anyone else in the church."

"Baptism as a sacrament is irrevocable," Martin continued. "Mr. Biden may not be the kind of Catholic that Bp. Tobin agrees with, but that's not the standard for what makes a person a Catholic."

Father Martin responded to this as well, saying, "Again, Mr. Biden was baptized into the Catholic Church as a child. And so, pace a few priests and bishops, he is a Catholic."

Again, Mr. Biden was baptized into the Catholic Church as child. And so, pace a few priests and bishops, he is a Catholic. https://t.co/EUbL9rK7Hu

He said on Twitter back in May, "Just saw a headline in a Catholic newspaper with the phrase 'pro-abortion Catholic.' Sorry. That's a contradiction in terms."

Bishop Tobin sparked backlash from leftists last year when he spoke out against so-called Pride celebrations. He tweeted, "A reminder that Catholics should not support or attend LGBTQ 'Pride Month' events held in June. They promote a culture and encourage activities that are contrary to Catholic faith and morals. They are especially harmful for children."

Biden opposes Catholic teaching on a slew of issues, such as abortion, homosexuality and transgenderism.

During a vice-presidential debate in 2012, Biden insisted, "My religion defines who I am. And I've been a practicing Catholic my whole life."

But Biden went on to say that he would not "impose" on others the Catholic belief in unborn babies' right to life, remarking, "I do not believe that we have a right to tell other people that women can't control their body."

In April this year, Biden argued women must have access to abortion during the Wuhan virus pandemic, calling abortion "an essential health care service."

A priest in South Carolina denied Biden Holy Communion in October 2019 due to his stance on abortion. In 2016, then-vice president Biden officiated a homosexual "marriage" between two male White House staffers.

On Twitter in January this year, Biden called transgenderism "the civil rights issue of our time." Harris — Biden's newly-announced running mate — has been accused of targeting pro-lifers and failing to act on Catholic clerical sex abuse claims.

A lot of people scratch their heads about why some of these very conservative evangelicals support Trump.

Amid all this, the Biden campaign has tried to cast Biden as a religious man.

Never-Trump Republican John Kasich, formerly governor of Ohio, told CNN in a recent interview, "At the end of the day, I think he [Biden] is a man of faith."

He went on to say, "A lot of people scratch their heads about why some of these very conservative evangelicals support Trump. It seems not to be consistent with the things that they believe in as promoted in the Old and New Testament."

Kasich, an Anglican and ex-Catholic, is slated to speak at the Democratic National Convention, where Biden will be officially declared the Party's candidate.