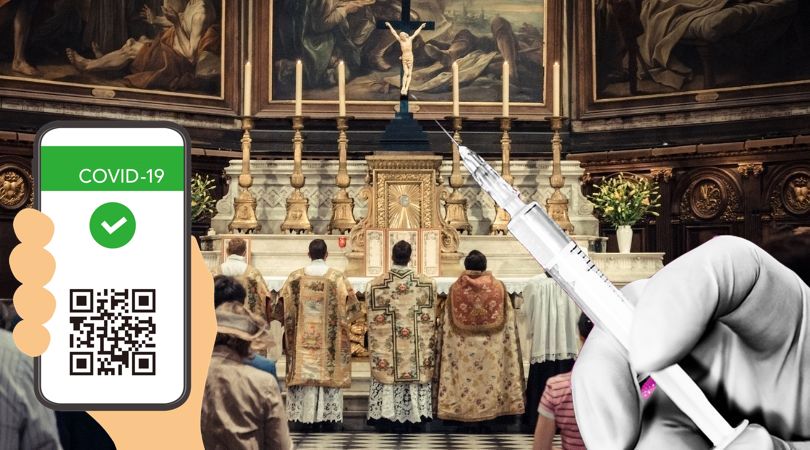 VALAIS, Switzerland (ChurchMilitant.com) - The leadership of the Society of St. Pius X (SSPX) is drawing heavy fire from its constituency of traditionalist Catholics after endorsing vaccine passports and urging clergy and laity to comply with coercive vaccine mandates.

In a statement published Friday, SSPX secretary general Fr. Arnaud Sélégny insisted that "if a health pass is needed to circulate, it may happen that the obligation to fulfill a duty of charity prompts us to agree to be vaccinated."

While maintaining that vaccination was a "prudential decision" and a matter of personal choice, Sélégny, a physician and professor at the SSPX seminary in Switzerland, argued there may be "a greater or lesser necessity for us to be vaccinated."

"Thus, if it is impossible to approach the dying to confer on them the sacraments without being oneself vaccinated, we should prefer the salvation of our neighbor to our own health or tranquility," the priest urged.

Sélégny said he would apply the same reasoning for vaccination to all who are "in justice" obliged "to provide for the salvation of their neighbor" or "in charity" required to make "sacrifices to ensure the salvation or the good of the neighbor."

The statement did not offer to give laity certificates of religious exemptions on grounds of moral objections to the abortion-tainted jabs but reiterated its earlier position maintaining the link with the "heinous crime of abortion" was indirect and very remote.

Admitting the vaccine mandates "may be found to be coercive — an abuse of power" as well as lead to "increased surveillance," Sélégny noted "we accept to submit to many pressures and constraints for reasons of justice, charity, common good or spiritual good."

The message was clear: We are just laypeople who do not possess the training to understand this very complex issue.

"We know that the simple act of using a smartphone, a credit card, surfing the internet or even driving a car puts us under state surveillance at almost all times," he mused.

The SSPX statement acknowledged "harmful side effects, more or less serious" from the shots but did not provide cautions against adverse effects. Further, it did not cite recent medical evidence that vaccinated individuals may be in greater danger of spreading the China virus.

'Deeply Disturbing' for the Well-Formed

In a robust response, blogger and SSPX supporter Tony Ambrosetti noted the Sélégny missive "is deeply disturbing for any Catholic with a sensus fidei and a well-formed conscience" and "full of the very same arguments we have been pummeled with for months now."

"Imagine my chagrin when I realized last evening, as I sat listening to the spokesman of the SSPX, that we were being subjected to propaganda and being heavily indoctrinated," Ambrosetti, a former naval officer, wrote.

"Make no mistake: This is the 'definitive' position of the SSPX, not just in the U.S. district, but worldwide. It is shocking and indescribably disappointing," Ambrosetti lamented.

"While there are SSPX priests who do dissent from this deplorable conclusion, this presentation would have had at least the tacit approval of Fr. Fullerton, U.S. district superior of the SSPX," he added, in his article titled: "The SSPX Doubles Down on the Vaccine."

The Church does not set a 'statute of limitations' on such a monstrous crime.

The blogger blasted the SSPX's clericalism: "The message was clear: We are just laypeople who do not possess the training to understand this very complex issue," noting that the priests addressed only one of 11 questions submitted by him.

No 'Statute of Limitations' on Crime of Abortion

The Church does not set a "statute of limitations" on such a monstrous crime; nor has any reputable theologian ever suggested that time can decrease the severity of such a crime, especially when taking the vaccine today is not only participation in the abortion of 1973, but more proximately, a sin of benefitting from the fruits of its use in testing, design or development of a vaccine or pharmaceutical.

Ambrosetti also explained how an SSPX priest defending the use of abortion-tainted vaccines "attempted the classic sidetrack by pointing out that if we pay taxes, we are certainly contributing to government-funded abortions."

In April, SSPX Austrian district superior Fr. Stefan Frey in his April newsletter warned against the China virus jab on grounds of its inextricable link to "the 'massacre' of babies torn from their mother's womb while they are still alive."

Cautioning against adverse effects and deaths, Frey wrote: "No one knows if mass vaccination will not lead to a global humanitarian catastrophe." The "global vaccination campaign is at the service of a 'political agenda' which wants to establish a new world order," he added.

However, in June, Frey recanted his previous opposition to the vaccine and adopted the leadership's pro-vaccine position, even recommending the "strong official Vatican documents" on vaccination as "a rich source of information."

Pushback From the Faithful

SSPX supporters in Italy told Church Militant the recent statement was evidence of a deep split between laity and many priests with the leadership of the society who were now revealing themselves as "totally compromised" and "eager to curry favor with Rome."

"Many SSPX priests are resisting the jabs and even warning their congregations to ignore the official statements from the leadership," a source close to the SSPX said.

"The SSPX Resistance in Ireland under Bp. Williamson has increased numbers as frustration grows with SSPX leadership over what some see as a lack of opposition to vaccines," an Irish source told Church Militant.

Meanwhile, traditionalists on Twitter slammed the SSPX statement as "vacillating," "pathetic," and "one that particularly lacks understanding as to the evil we face by continuing to grow an evil medical tyranny through pusillanimous compliance."

Lay traditionalist Catholics are rallying around Bp. Athanasius Schneider's alert that the vaccine "could be already in part a prefiguration" of the mark of the Beast prophesied in the biblical book of Revelation.

"But now even the body, your own body, is becoming the property of the State," Schneider said, noting that "those who are not vaccinated are in fact becoming a kind of person who has almost no equal rights compared with the others."

"The fetal industry is immoral and very grave because we are de facto collaborating with it, and especially committing a great sin of omission in failing to protest clearly and strongly, at least against the use of cell lines in the fetal industry and in vaccination," Schneider stressed. 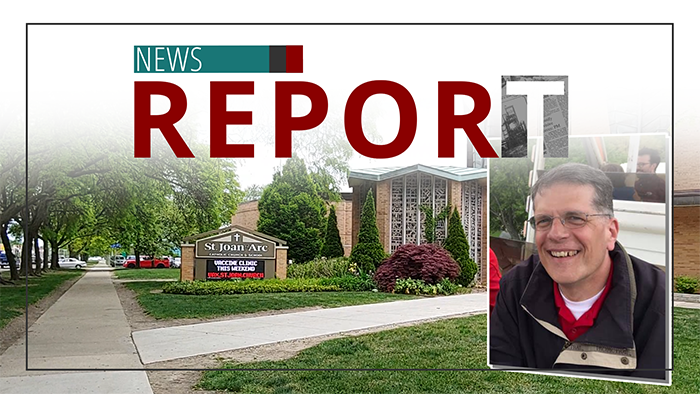