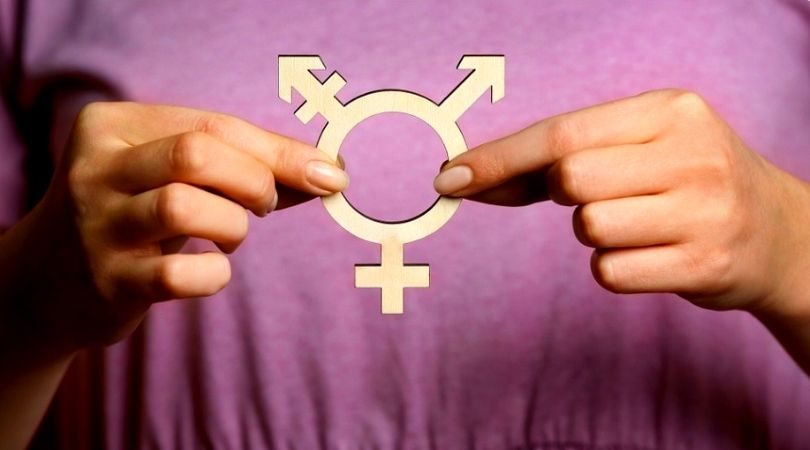 Transgender regret is a growing phenomenon, but you will not hear about it in the media, unless you do some digging.

Transgenderism, the newest dangerous movement within "progressive" ideology, has permeated the culture quickly, especially among the young and vulnerable. What has followed is a backlash of transgender regret. The media pushes so-called transgenderism with zeal, but ignores the deep regret more and more gender-confused people have painfully experienced.

Charlie Evans is a "former transgender" shunned by LGBT members and labeled a "traitor." She set out with vigor to help teens avoid making the same "horrendous mistakes" she made when deciding to begin "transitioning" at age 17. At that point she began living as if she were a man, shaving her head and binding her chest.

After appearing on the popular U.K. cable network Sky News, many young people, "former transsexuals" — who, according to Evans, "feel like a social contagion" — contacted her expressing their desire also to transition back to their natural selves. The floodgates were opened, and the Left was infuriated.

But that was just the beginning. Evans further enraged the Left by founding the non-profit organization "Detransition Advocacy Network," dedicated to doing just that — helping people de-transition back to their natural gender expression in order to live a normal and healthy life. Evans and her group, located in England, receive calls from across the globe by those with regret and are seeking help.

Leftist politicians and LGBT activists seem to care very little about the plight of these people.

Other than ideological purity, one reason may be the federal money involved in transgender programs — taxpayer dollars — which certain politicians would love to get their hands on.

The FDA has already received 24,000 reports of adverse reactions to cross-sex hormones.

One anonymous doctor in Los Angeles addressed the "dangerous" pre-treatment and surgical regimen, rarely discussed in public. "A patient administered high doses of 'sex-change' hormones must factor in the potentially catastrophic effects of totally disrupting the body's normal physiologic function," he said.

The FDA has already received 24,000 reports of adverse reactions to cross-sex hormones, which now include puberty-blockers for children who "identify" as the opposite sex.

Mike Penner, a writer for the Los Angeles Times, returned from vacation to the newsroom one day as Christine Daniels after surgery. Colleagues were accepting of him, as they were when he decided to return to presenting himself as his true sex with his original name. Tragically, Penner became another transgender statistic. He died by suicide in 2009.

Walt Heyer — who had his sex-obscuring surgery reversed — thinks this phenomenon is far more common than what the public has been led to believe. That is why, to the chagrin of transgender activists, he launched his Sex Change Regret website and has written many books on the subject of transgender regret.

The Church teaches sex is not assigned at birth, but created at conception.

"People don't fare well in life experience after undergoing gender surgery," Heyer said in a 2014 interview. "So it's always kind of troubling for me why we would pay for something ... that is actually over the long run, [going to] be more harmful than if we left the person alone and dealt with the psychological component."

Heyer was referring to politicians like Patrick of Massachusetts, who seek to include hormonal regimen and "gender reassignment" surgery in government health plans.

In Heyer's sixth book, Trans Life Survivors, he compiles 30 testimonies of transgender regret, capturing the painful experiences of those caught up in today's "transmania." The most heartbreaking are "survivors" who felt pressured into gender transition by social media, political correctness and even public school officials.

The Catholic Church teaches the human being is created by God (through his or her parents) as a union of spirit and matter; a body-soul composite in which the soul is the form of the body. This means the human person is one substance (not two), with the body being the physical manifestation of the person. The Catechism summarizes this in section 365:

The unity of soul and body is so profound that one has to consider the soul to be the "form" of the body, i.e., it is because of its spiritual soul that the body made of matter becomes a living, human body; spirit and matter, in man, are not two natures united, but rather their union forms a single nature.

This single nature renders impossible the notion that a person can be sexually different than his or her body. It is different from the dualist notion popular today, that the soul or mind is substantially different from body, laying the foundation for the rationalization of LGBT ideology.

The Church teaches sex is not assigned at birth, but created at conception — and defines who one is, in spite of any disordered feelings or confusion one may have to the contrary.