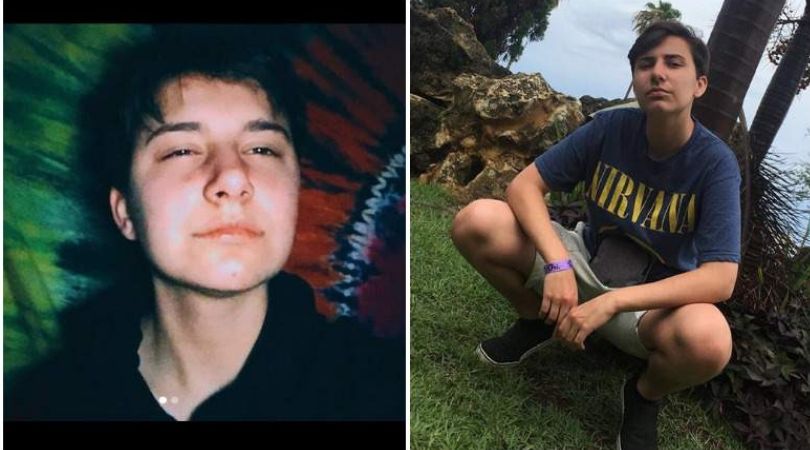 HIGHLANDS RANCH, Colo. (ChurchMilitant.com) - Unsealed court records illuminate the motives of the May 7 Colorado school shootings: revenge on classmates who taunted one of the teenage perpetrators, a 16-year-old pre-operative transgender girl who wished to become male.

Outside of conservative media outlets, mainstream coverage of the shooting evaporated once it was revealed the shooters espoused progressive political leanings and sympathies, which included the young woman's gender dysphoria.

The revelations confirm the shootings that claimed the life of one student and wounded eight others at the STEM School Highlands Ranch were in retaliation for teasing directed at Alec (born Maya) McKinney, 16. She and fellow shooter, Devon Michael Erickson, 18, were both charged as adults for first-degree murder.

McKinney, whose name is redacted in the documents because she is still a minor, said, "He wanted the kids at the school to experience bad things, have to suffer from trauma like he has had to in his life. He wanted everyone in that school to suffer and realize that the world is a bad place."

The probable cause narrative also depicts McKinney as the key figure in the melee, including allegedly threatening Erickson if he didn't participate in the spree, and orchestrating the theft of the three handguns and one rifle used in the shooting. The arresting officer stated he was advised that "[redacted] prefers to be called [redacted] and wants to transition from being a female to a male."

The report, derived from a recorded interview, continues with McKinney's version of events:

His friend [redacted] messaged him on Snapchat last night and told him not to go to school tomorrow. Devon saved this message because he wanted to show his friends in order to "save them." [Redacted] also told Devon that he was "super suicidal" and that he wanted to get revenge on a lot of people. [Redacted] stated he was considering killing his mom and siblings as well. Devon tried talking [redacted] out of doing that. [Redacted] told Devon he was going to kill him if he told anyone.

Although Erickson attempts to depict himself as an unwilling accomplice, he proceeds to relate how he acquiesced to several of McKinney's demands. In fact, Erickson had already left the school campus twice the day of the shooting and had arrived home after leaving the school a third time when McKinney sent him a message to return to school to pick her up.

Devon picked [redacted] up and the two returned to Devon's house. While at the house, Devon described [redacted] as being off and pissed off at a bunch of people. The two hung out in the basement and [redacted] used some cocaine while there. ...

A short time later, [redacted] told Devon to follow him and the two went upstairs. [Redacted] asked Devon where his parent's [sic] safe was. [Redacted] was aware there was a safe containing firearms because the two had previously discussed it a few weeks prior. ...

After showing [redacted] the safe, Devon walked towards the door in an attempt to get away. [Redacted] told Devon to get away from the door and threatened to kill him if he didn't.

After retrieving an ax and crowbar, Erickson told detectives McKinney was able to open the safe door enough to use the crowbar to pry it open.

Inside was a "Glock 21, a Beretta m9, a Ruger 22 rifle, and a Taurus revolver" as well as ammunition. Erickson said he showed McKinney how to load the weapons, and the two imbibed cocaine "because [redacted] threatened him to do so." Erickson concealed the rifle and one handgun in his guitar case, and McKinney took possession of the other two handguns.

He wanted the kids at the school to experience bad things, have to suffer from trauma like he has had to in his life. He wanted everyone in that school to suffer and realize that the world is a bad place.

After arriving at the school, Erickson put his guitar case in the back of the classroom and told his teacher he needed to leave class because he was feeling ill. Instead of going to the principal's office to inform them of the plot, however, he claims he had a panic attack and "went to the bathroom instead."

When he finally arrived at the office, Erickson told detectives, McKinney was already there. She threatened Erickson once again. The two proceeded to room 107 and the shootings commenced.

In her statement to another detective, McKinney "stated he was born a female and is still in the pre-op transitioning phase. [Redacted] is anatomically a female. ... He has been planning a school shooting for a few weeks."

After writing "the voices win" with nail polish on a closet wall, the pair defaced the car of Erickson's mother with spray paint before unsuccessfully attempting to set it on fire. Although admitting she fired her guns, McKinney stated she wanted to commit suicide but couldn't figure out how to deactivate the weapon's safety mechanism so she could shoot herself.