Am I transphobic or are you naturephobic?

Since it is becoming "fashionable" today among certain sporting circles to have biological males competing against and defeating biological females, I have thought it good to bring some common sense to the discussion.

Besides being unjust, it is ridiculous to have a man pretending to be a woman, just because he says so. Some people have same-sex attraction, but the Catechism of the Catholic Church explains very well that although it is not sinful per se to be attracted to a person of the same sex, it is not an inclination according to human nature. As the saying goes, God Our Lord created Adam and Eve, not Adam and Steve.

Naturally, the Catechism bases its teaching on Sacred Scripture, which presents homosexual acts as acts of grave depravity. The Church since the apostolic days has always declared that "homosexual acts are 'intrinsically disordered.' They are contrary to the natural law. They close the sexual act to the gift of life. They do not proceed from a genuine affective and sexual complementarity. Under no circumstances can they be approved" (paragraph 2357). Like everybody else, homosexual persons are called to chastity (paragraph 2359). It is recommended that from time to time we read the Catechism to keep Christ's values in perspective.

'Who am I to judge' is the slogan used to justify every other aberration.

Some pro-sodomy folks today argue that in the Old Testament, God may have been strong against homosexuality, but in the New Testament, Jesus inaugurated a new era of mercy and forgiveness. "Who am I to judge" is the slogan used to justify every other aberration.

But when you consider that Jesus is a Divine Person — the Second Person of the Holy Trinity, God the Son — and the three persons always think and act in unison, then you realize that God the Son was as intent as God the Father and God the Holy Spirit in sending fire and brimstone over the sodomites. Because God did not change His mind from one Testament to another. Jesus Christ, God the Son, is the same, yesterday, today and forever (Hebrews 13:8).

The idea that gender is not assigned by nature is absolutely insane. Whenever a baby is born, if the parents have not taken a peek of him/her through the ultrasound, the first question is: Is it a boy or a girl? Nobody with a remnant of sanity will ask if the baby is a transgender or a "gay" or any of the dozens of mythical genders that have been "identified." Common sense is in very short supply in the empty heads of those who dispute a baby's gender.

Yet today, some people tend not to consider the reality of our human nature. It is scientifically impossible for one to change sex: Our very chromosomes prevent it. If one were able to do a surgery to modify each and every cell of his body, then it might be possible to change. But it is not possible because, down to the cellular level, we are what we are — period. Therefore, it is a perversity of nature to attempt to do such a thing — that is, taking hormones to change the body's shape and/or surgically modify the body to look like the other gender.

Expulse what is natural, and it will come back galloping.

Bodily mutilation and dreadful surgeries and hormone injections do not do what one hopes to achieve. The growing number of suicides among those who have sought to change their gender are a reality, as at a given point in time, one realizes that the whole thing makes no sense. The French have a saying: "Chassez le naturel, il reviendra au galop," that is, expulse what is natural, and it will come back galloping. Suicide is very often the final precipice in their sorry lives.

A Question of Justice (and Perspective)

The outbreak of protest against South Dakota governor Kristi Noem's executive orders stating only girls can compete in female athletics in the state is an excellent example of an executive action against injustice. Her orders are in response to the growing push to allow the so-called transgender male athletes to compete in women's sports simply because they identify themselves as such.

It seems profoundly unjust that those males — who are physically more equipped to excel in certain sports than females — win against the latter. The girls are systematically put in second place, as if we had become a Muslim country, where women are second-class citizens. Yet this trend is endorsed by pro-abortion, pro-homosexuality, pro-communist China, pro-illegal immigration "Catholic" Joe Biden.

The implication to society of the "transphobic" perspective is not small: An irrational fear is an indication of a mental illness, and therefore most people — those who do not agree with "transgenderism" — are deemed mentally ill and in need of treatment. This will culminate in the abolition of freedom and the forced "re-education" of the populace. Communist China is an example of how people who disagree with certain dictatorial government policies are treated. Yet the likes of Biden and the political vermin among the Democrats will eventually impose laws to re-educate us and force us to abide by their view.

The gender ideologues in the liberal media and universities believe that human beings are herd animals. Herd animals tend to be politically correct and follow other people's views. They play a very clever game, pretending that society has changed and making people believe it. If they cannot find a consensus among the people, they will manufacture a "consensus" and tell people what the situation is or has become.

It is a deliberate strategy — a strategy that counts on the complicit silence of many Catholic bishops and priests.

Please bear in mind: This is not an accident. This is not unintentional. It is a deliberate strategy — a strategy that counts on the complicit silence of many Catholic bishops and priests and the declared support of others. Instead of teaching the truth — instead of helping people to find it, understand it and live by it — they allow confusion to reign supreme and let the people go adrift in this swamp of heresy and amorality.

Naturally, in our days of short supply of thinking ability, if the populace may come to believe that their views are too conservative or even worse — on the fringe of what most think — it will be rather easy to make them accept the new ideas or feelings they are told to embrace.

The role of clergy used to be irreplaceable in educating people about human nature. As they have failed in most cases, they have been replaced by the laity, as Ven. Abp. Fulton Sheen indicated.

Raymond de Souza, KHS, KM, is a knight of the Equestrian Order of the Holy Sepulchre of Jerusalem, a knight of the Sovereign and Military Order of Malta and a fourth-degree Knight of Columbus. A speaker on pro-life and apologetics issues, he is the delegate for international missions of Human Life International. He has visited 38 countries of the six continents as part of conferences held in English, French, Spanish and Portuguese and has speaking ability in Italian and Afrikaans. He is available to address Catholic audiences anywhere in the free world to defend the gospel of life and the purity of Catholic doctrine, counting on the recommendation of bishops and priests in New Zealand, Australia and the United States. He has been a radio broadcaster in New Zealand and Australia and, today, writes a syndicated column for the weekly national Catholic paper, The Wanderer.
--- Campaign 32075 --- 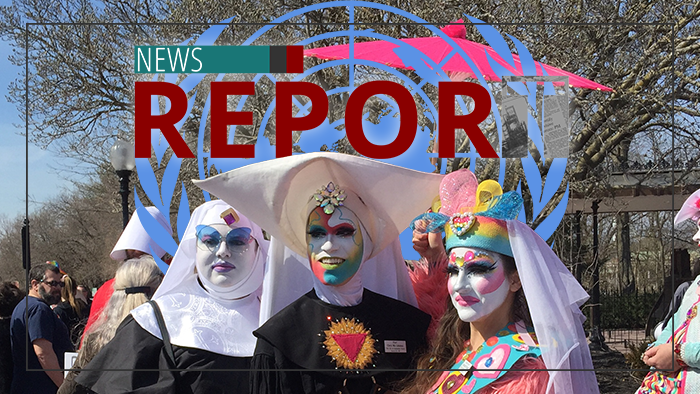