"Embryonic stem cells have not shown any verified improvement in patients"

ARLINGTON, Va. (ChurchMilitant.com) - A woman who is unable to walk is regaining feeling throughout her body after trying adult stem cell therapy.

IN 2001, Laura Dominguez-Tauer broke her neck when her car lost control and crashed. At 16, she became a quadriplegic and was told she would never walk again. Not content with American doctors' advice to accept her condition, her father, Abel Dominguez, found a treatment in Portugal using adult stem cells that offered hope.

Six months after the treatment, Dominguez remembered regaining feeling in her toes while her mother was painting her toenails.

"More and more feeling started to come back in my body, and now I can pretty much feel most of it," she told Daily Mail in 2014.

"Before the stem cell procedure, I wasn't able to move very much," she said, adding, "and then after the procedure, I'm able to get up. I'm able to stand and walk around a little bit with help."

Church Militant spoke with Dr. David Prentice, an international expert on stem cells and the vice president and research director of the Charlotte Lozier Institute, about adult and embryonic stem cells. Doctor Prentice explained that most adult stem cells "are obtained from bone marrow or umbilical cord blood (taken after the baby is born) because those tissues also have the highest concentration of adult stem cells." He noted that "almost every tissue in the body has some adult stem cells, including liposuctioned fat."

Embryonic stem cells are obtained through the destruction of a living baby, usually less than a week old. Recent achievements in keeping embryos alive in vitro have prompted debate of increasing the legal limit for embryonic research from 14 days to two months.

"But there are no treatments, and embryonic stem cells have not shown any verified improvement in patients yet, as verified by valid, peer-reviewed scientific publications — the gold standard for scientific evidence," Dr. Prentice noted.

"Some clinical trials are ongoing for some eye disease and one trial for spinal cord injury, using embryonic stem cells," he said, adding, "By contrast, there are hundreds of published papers documenting positive results of adult stem cells in patients for dozens of conditions and over 1.5 million patients so far."

"The stem cell procedure made my upper body a lot stronger," she said. She began to work out two hours a day and opened Beyond the Chair, a gym for people recovering from spinal cord and brain injuries. They are currently planning fundraisers to provide scholarships for access to the gym.

Doctor Prentice said the transplant process into the patient "depends on the tissue damage or condition to be treated."

"They can be concentrated and injected directly into the target, such as heart or joints or brain," Dr. Prentice said, adding, "Often, they are simply put into the bloodstream and then hone in on damaged tissue."

The CLI's website, StemCellResearchFacts.org, was launched to help educate the public on the latest research and what conditions can be treated. They list 26 kinds of cancers, 16 types of auto-immune diseases and 10 different anemias and blood conditions that can be treated with adult stem cells. Additionally, adult stem cells can be used to treat gangrene, Parkinson's disease, immunodeficiencies and liver cirrhosis.

The risks are substantially higher for any use of embryonic stem cells.

The FDA has approved over a dozen cellular and gene therapy products — the majority of them sourced from cord blood. In addition to paralysis, cellular therapy can be used to treat dozens of conditions, and some have become standard medical practice. Between 2010–2014, over 30,000 bone marrow and umbilical cord blood transplants were performed in the United States to treat Multiple Myeloma and leukemia.

Despite research spanning almost 15 years, no approved successful treatments have been made using embryonic stem cells.

"The risks are substantially higher for any use of embryonic stem cells," Dr. Prentice told Church Militant. "One of the main risks is tumor formation, as the cells like to grow and grow, and it's difficult to shut down that growth of every cell injected."

He explained, "Embryonic stem cells are also difficult to control in getting the desired tissue to form (e.g., nerve instead of bone) and may form clumps of nonfunctional cells or even cysts." He added:

There is also a huge risk of immune rejection of embryonic stem cells, as they are taken by destroying a young human being and are not taken from the patient or even carefully matched by tissue markers. That means that patients have to be on immunosuppressive drugs which can weaken resistance to infections or even cancerous growth.

"Adult stem cells have none of those problems," he said. "In about half of cases the patient can use her own adult stem cells, and in the other cases, the cells can be matched, so there are few problems. They do not grow out of control and can be focused on producing desired, functional tissue."

Asked why researchers are still pursuing stem cell research using cells from aborted babies, Dr. Prentice replied, "those who pursue embryonic stem cells also do not have a point of view that sees early human life as valuable other than for research material." He added:

Some scientists feel that they can control them and produce a one-size-fits-all treatment, producing any desired tissue from embryonic stem cells. That would also mean potential financial benefits to the one who can produce such results. So there are economic incentives, as well as curiosity that play into their use.

"I think having the adult stem cell procedure was the best decision that I've ever made," she said. "I think that it's been very beneficial, it's helped me out so much," she concluded. 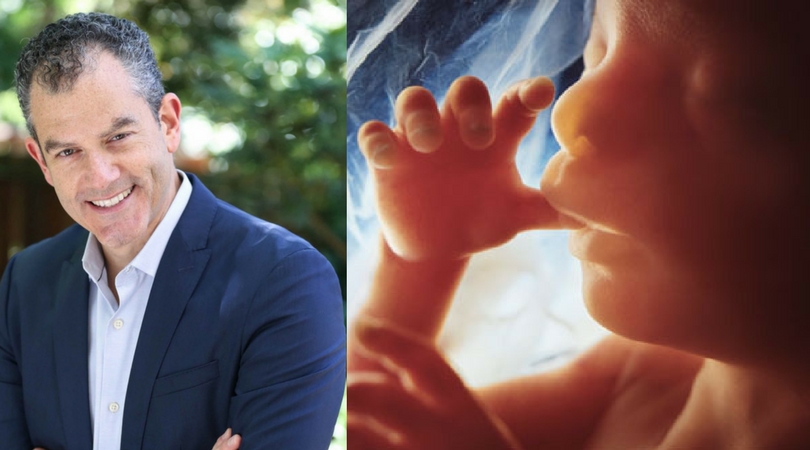