OTTAWA, Canada (ChurchMilitant.com) - Canada's prime minister is pushing legislation that would freeze the buying, selling and importing of handguns across the country.

Justin Trudeau, on Monday, introduced bill C-21, which contains "some of the strongest gun control measures in over 40 years." If passed, the ban on handgun sales or transfers would take effect this fall. Trudeau made his announcement following two school shootings in the United States.

"Gun violence is a complex problem," observed Trudeau, "but at the end of the day, the math is really quite simple: The fewer the guns in our communities, the safer everyone will be."

The law would not only hinder handgun ownership but also limit the ammunition held by long guns to just five rounds. The sale and transfer of high-capacity magazines would be banned as well.

This is one of many steps taken under Trudeau's rule that has limited access to guns. In 2020, the government banned over 1,500 different assault-style firearms, following a mass shooting in Nova Scotia.

In 2020, the government banned over 1,500 different assault-style firearms.

Monday's proposed legislation would enact "red flag" laws that give judges the ability to force gun owners who are "considered a danger to themselves or others" to give up their firearms. Trudeau also vowed to establish an AR-15 buyback program before the end of this year.

Trudeau took a shot at the United States while speaking at a press conference. When asked if the legislation may be excessive, he replied, "We need only look south of the border to know that if we do not take action, firmly and rapidly, it gets worse and worse and more difficult to counter."

Canada's minister of emergency preparedness, Bill Blair, explained how different Canada and the United States are. He said, "In Canada, gun ownership is a privilege, not a right. This is a principle that differentiates ourselves [sic] from many other countries in the world, notably our colleagues and friends to the south."

Prominent Canadian conservative Pierre Poilievre slammed the legislation, saying gun owners that follow the law should be respected and dangerous criminals should be jailed.

Canada's botox dictator Justin Trudeau wasted no time in using the tragedy in the U.S. to his own political advantage in Canada. Now, Uvalde [Texas] is more than 2,000 miles from Ottawa, but because of what Salvador Ramos was allowed to do in Texas, Canadians are no longer allowed to protect themselves.

He also slammed Trudeau for plans to legalize fentanyl and other hard drugs, such as cocaine and methamphetamine, in British Columbia. Carlson explained that more people are dying from hard drugs than from gun violence in Canada:

Well, days ago, he announced that he is legalizing fentanyl, along with cocaine and methamphetamine in Canada's third largest province, British Columbia. This is a province where over 165,000 people died last month from drug overdoses. By comparison, in 2020, in the entire nation of Canada, 23 people died per month in acts involving a firearm. So why, if you were concerned about public health, would you ban firearms but legalize fentanyl?

In British Columbia, starting next year, citizens are allowed to possess up to 2.5 grams of hard drugs without fear of arrest or charges. The legislation will apply to those over 18 years of age. It will legalize heroin, fentanyl, cocaine, methamphetamine, and MDMA (ecstasy). The pro-drug legislation will last for three years. 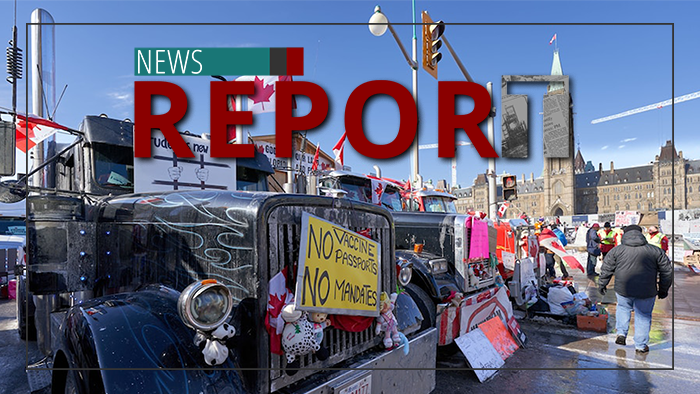