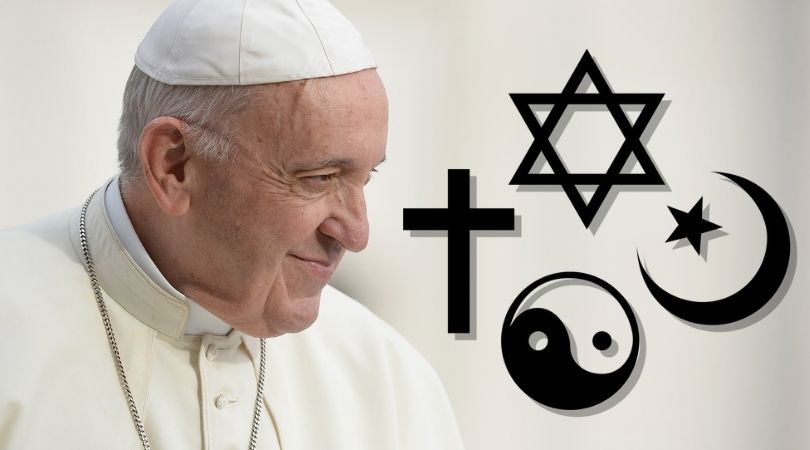 Creating authentic unity in the One True Faith

Part II of a three-part series on Church teaching on ecumenism. Read Part I.

The fullness of Truth is found in the Catholic Church alone — period. Other religions may have parts of the truths of the Faith, in greater or lesser degree, but mixed with errors. But today, false ecumenism tends to lead many to recoil from this reality, as being "un-ecumenical," "approaching triumphalism," "uncharitable," not showing true "Christian love and understanding," comparing it to the so-called "dark old medieval days of hostility and misunderstanding."

But we must ask: Can the Catholic Church set aside some of the truths revealed to Her from Jesus Christ at the dawn of our Redemption, simply to be together with other Christians whose churches have not originated in early Christianity? Is it honest to hide our intention of converting everyone to Christ?

No, it is not honest to do so. It is far more charitable for Catholics to tell the whole truth in charity, and seek the unity that is intended by Christ and His Apostles, not the cacophonic fake "unity" sought by the World Council of Churches.

"To know history is to cease to be a Protestant," said the English convert John Henry Newman. We must investigate history, discuss the claims of the new churches in an atmosphere of frank and friendly dialogue. We must investigate the possibility of the Catholic Church going wrong after Constantine the Great, and if the so-called reformation of the 16th century was indeed a return to original Christianity, or the making of something completely foreign to it.

If there was a return, which church has restored the full gospel? There are thousands of churches today. And when — and by whom — was the gospel lost?

We believe and know that the will of Christ is the union of all around the rock that he himself established on earth — the See of Peter. Let our separate brethren investigate our claim and find out how it makes sense, so "they all may be one, as thou, Father, in me, and I in thee; that they also may be one in us," as Jesus said (John 17:21).

In His Sacred Humanity, Jesus came to do the will of His Father, because His human will was — and is — perfectly united with His divine will. "Holy Father, keep them in thy name, whom thou hast given me, that they may be one, as we also are" (John 17:11).

The Divine Persons of the Trinity have the most perfect unity of mind, intentions and means. That is the type of union that Jesus prays we may have with each other, not mere togetherness in the same place pretending to be united in prayer. Scripture underscores this, through:

Hence, St. Paul was very radical in opposing dissensions in matters of faith: "I appeal to you, brethren, by the name of Our Lord Jesus Christ, that all of you agree and that there be no dissensions among you, but that you be united in the same mind and the same judgment" (1 Corinthians 1:10). Luther's "Sola Scriptura" is here outright condemned by St. Paul.

"Now I beseech you, brethren, to mark them who make dissensions and offenses contrary to the doctrine which you have learned, and avoid them" (Romans 16:17). That is where the Church learned to excommunicate heretics, following St. Paul.

Of course, authentic unity must be based on truth — not on opinions, personal interpretations, preferences, approaches, orientations, personal perspectives, viewpoints and whims.

So, we can better define the reality of false ecumenism: It results in the mingling of beliefs and creeds which, being contradictory among themselves, cannot possibly fit in the type of unity Christ desires for us. How can a Christian, who believes in the power of free will to say yes or no to God's grace, be equally pleasing to Christ as the "Christian" who believes in Calvinist predestination? Or the differences among Christians regarding infant baptism? Jesus' presence in the Eucharist? The necessity of good works? The power of the priest to forgive sins in God's name, and so on?

A non-offensive "ecumenical prayer of unity" is more acceptable to everyone today because it is more vague and ambiguous. But it's therefore un-Christian, displeasing to God.

Jesus made it clear:

On the other hand, in daily life, Catholics are not only allowed but also encouraged to work parallelly in projects with other baptized Christians in pro-life activities, acting as citizens of the same country; in political work to prevent anti-family legislation; or in efforts to oppose abortion, IVF, homosexual unions, transgenderism and so on.

But the final goal is simple and straightforward — conversion to Catholicism so that there may be a corporative reunion according to the mind of Christ around the See of Peter.

'Bear Not the Yoke With Unbelievers'

When one moves on from parallel activities to "ecumenical union," then the pursuit of the truth is of fundamental importance. What is the use of being united in error? Take "women priests" and "bishops" in the Anglican Churches; the homosexual "priests" in the Episcopalian church; or the plans of Mormonism to restore polygamy and their belief in polytheism, etc. We cannot make true ecumenism with these people.

Bear not the yoke with unbelievers. For what participation has justice with injustice? Or what fellowship has light with darkness? Or what concord has Christ with Belial? Or what part has the faithful with the unbeliever? And what agreement has the temple of God with idols? For you are the temple of the living God. As God says, I will dwell in them, and walk among them; and I will be their God and they shall be my people. Wherefore, go out from among them, and be ye separate, says the Lord. (1 Corinthians 6:17)

Certainly, we must be polite — not condescending — towards anyone. But if we indeed seek the unity for which Christ prayed, then we must seek all of that truth that has been revealed by God. The totality of God's truth is contained in the traditional teaching of the Catholic Church.

All authority in Heaven and on earth has been given to me. Go, therefore, and make disciples of all nations, baptizing them in the name of the Father and of the Son and of the Holy Spirit, teaching them to observe all things whatsoever I have commanded you. And lo, I am with you always, to the end of time." (Matthew 28:18–20)

As Scripture teaches in Mark 16:16, "He who believes and is baptized will be saved, but he who does not believe will be condemned," but not every belief saves. Relativism is both wrong and damnable.

Let us remember this fundamental principle: The false maxim that teaching the truth does not require attacking or refuting error is of the essence of the heresy of religious liberalism. There is no adequate Christian formation without apologetics.

He who believes and is baptized will be saved, but he who does not believe will be condemned.

As the prophet Nehemiah tells us how to build the walls of the New Jerusalem, "Of them that built on the wall and that carried burdens and that laded, with one of his hands he did the work, and with the other he held a sword. For every one of the builders was girded with a sword about his reins (4:17–18).

Raymond de Souza, KHS, KM, is a knight of the Equestrian Order of the Holy Sepulchre of Jerusalem, a knight of the Sovereign and Military Order of Malta and a fourth-degree Knight of Columbus. A speaker on pro-life and apologetics issues, he is the delegate for international missions of Human Life International. He has visited 38 countries of the six continents as part of conferences held in English, French, Spanish and Portuguese and has speaking ability in Italian and Afrikaans. He is available to address Catholic audiences anywhere in the free world to defend the Gospel of life and the purity of Catholic doctrine, counting on the recommendation of bishops and priests in New Zealand, Australia and the United States. He has been a radio broadcaster in New Zealand and Australia and, today, writes a syndicated column for the weekly national Catholic paper The Wanderer.
--- Campaign 31877 --- 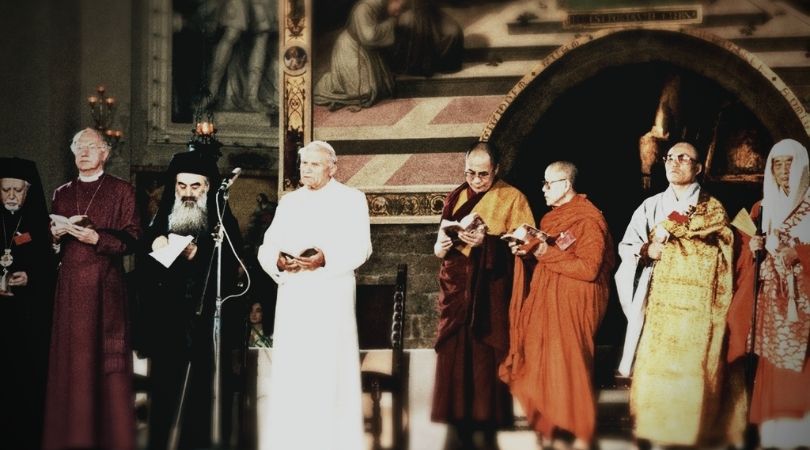 Christianity and Heresy Do Not Mix
By Church Militant   •   0