Members of the council were named September 21 and include such heavyweights as former Pennsylvania's Republican senator Rick Santorum and the president of the pro-life Susan B. Anthony List, Marjorie Dannenfelser, whom Trump recently picked to head his campaign's Pro-Life Coalition.

Another Catholic council appointee is Joseph Cella, founder of the National Catholic Prayer Breakfast, who didn't support Trump in the primaries, but who is now backing his bid for the Oval Office.

If you look at the totality of Mr. Trump's positions, such as preserving and protecting religious liberty, the sanctity of human life, providing an uplifting and empowering economic agenda and opening wide the opportunity for school choice, particularly to Hispanics and African Americans in urban areas, the difference couldn't be more stark on these core issues between Mr. Trump and Hillary Clinton.

Another council member is Matt Schlapp, a Catholic who chairs the American Conservative Union. Schlapp observed, "What I am seeing in my community with my friends, in my church, is that more and more practicing Catholics, conservatives, Republicans, independents are waking up to the fact that he's the right choice to make for president."

Irish Catholic Steve Bannon — on hiatus from running Breitbart.com — is overseeing Trump's entire campaign, while the politically savvy Kellyanne Conway, a longtime Catholic from New Jersey, is manager of the operation.

Trump was fighting an uphill battle trying to obtain the Catholic vote, which makes up roughly one-fourth of the electorate. A Pew Research poll in July showed 57 percent of churchgoing Catholics would vote for Clinton while only 38 percent were leaning towards Trump.

Some speculated that this was largely owing to immigration, which seems to be heralded as the primary issue by bishops in the United States. The same poll showed 77 percent of Latinos, mostly Catholic, were supporting Clinton.

But the political landscape has changed rapidly in the last six weeks as Catholics not taken in by the social justice campaign fostered by clerics take over the Trump campaign and give it solid direction. Trump could now be just one state away from the White House, according to recent polls.

Clinton's open immigration policy may be her downfall, with typically blue states like Michigan showing an uptick in support for Trump likely owing to the massive Syrian refugee influx mandated by President Obama into Detroit — some say in direct violation of existing laws that require state approval before such federal action can occur.

Obama set the limit this year for Syrian refugees entering the country at 10,740. If elected, Clinton vows to raise that number to 65,000 annually. 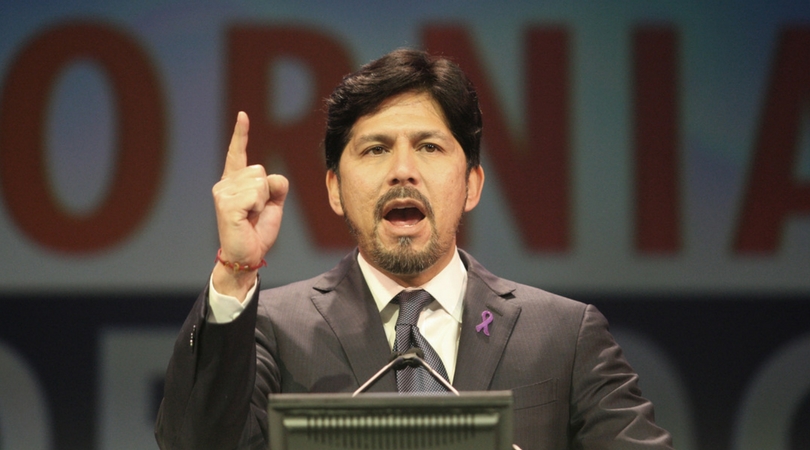 California on Path to Becoming Sanctuary State
By Stefan Farrar   •   0