Judge Gorsuch — nominated in 2006 by President George W. Bush to the 10th U.S. Circuit Court of Appeals in Denver — ruled in 2014 against the Affordable Care Act (ACA), which forced Hobby Lobby to provide contraceptives for employees.

"[T]he ACA's mandate requires them to violate their religious faith by forcing them to lend an impermissible degree of assistance to conduct [that] their religion teaches to be gravely wrong," he wrote. His ruling was upheld that year by the Supreme Court in a 5–4 decision.

Gorsuch is considered a constitutional originalist, one who interprets the Constitution according to the understanding of the Founding Fathers at the time of the document's ratification. In a 2016 speech, Gorsuch explained that judges should "apply the law as it is, focusing backward, not forward, and looking to text, structure and history to decide what a reasonable reader at the time of the events in question would have understood the law to be."

Against judicial activism, Gorsuch wrote in a 2005 article, "American liberals have become addicted to the courtroom, relying on judges and lawyers rather than elected leaders and the ballot box as the primary means of effecting their social agenda on everything from gay marriage to assisted suicide."

"It is an argument premised on the idea that all human beings are intrinsically valuable and the intentional taking of human life by private persons is always wrong."

All human beings are intrinsically valuable.

Wanting to restore the checks and balances of the three branches of government, Gorsuch opposed the politicization of the judiciary. In a 2005 article he wrote:

Where trial court and appeals court nominees were once routinely confirmed on voice vote, they are now routinely subjected to ideological litmus tests, filibusters and vicious interest-group attacks. It is a warning sign that our judiciary is losing its legitimacy when trial and circuit court judges are viewed and treated as little more than politicians with robes.

The absence of any track record on abortion-related issues has some pro-lifers worried that Gorsuch may not be as pro-life as they wish. During his presidential campaign, Trump promised to appoint judges to the Supreme Court that would overturn Roe v. Wade. "[Because] I am pro-life, and I will be appointing pro-life judges, I would think that that will go back to the individual states," Trump said.

As someone committed to fighting overreach by the executive branch and judicial activism in the judicial branch, Gorsuch may be the fulfillment of Trump's promise. Based on his stated judicial philosophy, if Gorsuch does rule to overturn Roe v. Wade, it will be based on a literal interpretation of the Constitution and not on personally held ideology.

Now that the 49-year-old Episcopalian has been nominated by the president, all eyes are turned to the Senate to see if Gorsuch will survive the fierce battle awaiting his confirmation. 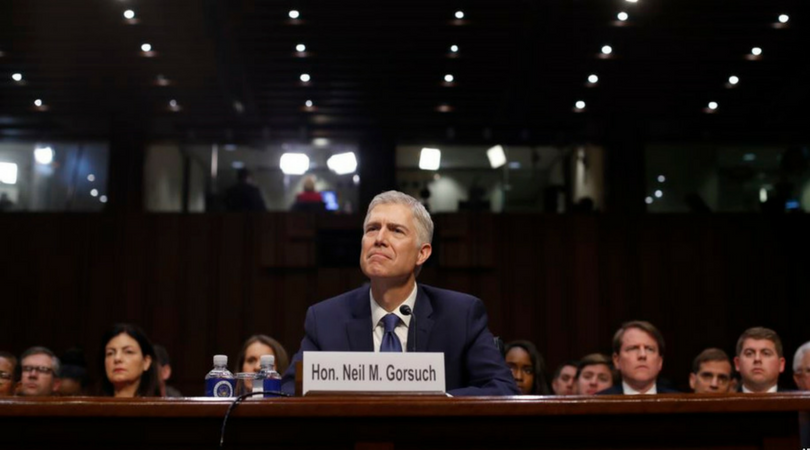