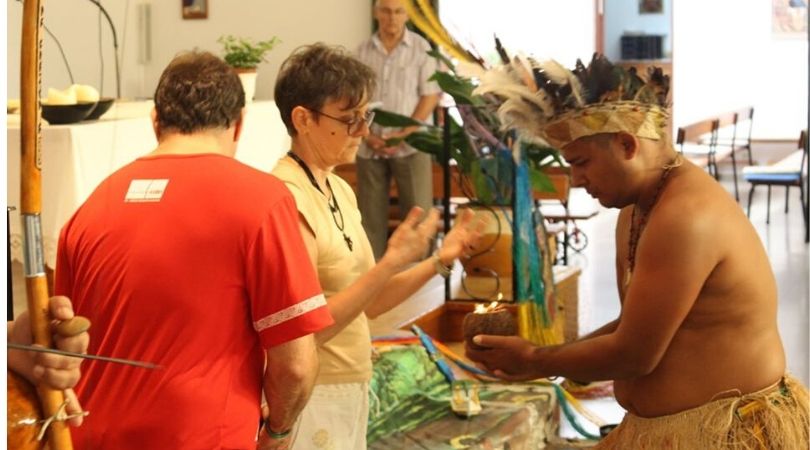 MENORCA, Spain (ChurchMilitant.com) - A TV celebrity priest has come under fire for featuring a Pachamama idol in front of the parish altar and permitting Amazon Synod participants to conduct indigenous rituals at his Mass in Menorca, Spain.

Father Antoni Fullana Marquès, chaplain and director of the Catalan TV series Humans and vicar of Sant Antoni Maria Claret parish in Ciudadela, introduced "a group of itinerant missionaries" at the celebration of the Holy Eucharist last Sunday.

A representation of the "Mother Earth" goddess was placed in front of the altar, and a bare-chested man wearing a hula skirt and feathers on his head danced around the sanctuary with a coconut oil lamp.

The priest and congregation were asked to stretch out their hands and welcome the "light" into their lives, as three other participants walked around the altar, one playing a one-stringed musical instrument.

Four indigenous persons who had participated in the Amazon Synod and were returning to the Amazon made a stop-over in Menorca, even though the Balearic island is not on the route.

A bare-chested man wearing a hula skirt and feathers on his head danced around the sanctuary with a coconut oil lamp.

The parish priest praised the service on Facebook and in the parish bulletin: "Today at the Mass of 10am we had the pleasant visit of this group of itinerant missionaries to the Amazon. They come from the synod of Rome and have explained their experience and what they do on the mission. Thank you very much for your testimony."

Alexander Tschugguel, hailed for removing the Pachamama idols from the Church of Santa Maria del Traspontina in Rome and throwing them into the Tiber River, told Church Militant:

It was clear that Pachamama "rituals" were going to be replicated in other parts of the world. As I pointed out, the indigenous peoples of the Amazon are only being used to promote a new religion. The "church with an Amazonian" face was not invented for the Amazon area alone. It was cooked-up to turn around our faith and liturgy.

Tschugguel, who was travelling from Austria to the United States, called on faithful Catholics to take up cudgels against the desecration caused by such acts.

"Every faithful Catholic who witnesses such abominations must talk to the bishops and priests and show them, that we, as Catholic laymen no longer accept paganism entering the Church," he said. "We want the Church to live by God’s commandments, not by those of 'Mother Earth.'"

The Amazon Synod members also participated at a second Mass in the parish of Santa Eulalia Dalaior at 7 p.m.

A Facebook post on the Menorca diocese’s Secretariat for Missions defended the celebrations, calling them "an experience of a plural and rich church that would spread and spread the Lord by incarnating him in the culture and identity of each town."

The statement criticized traditionalists as "many times closed to the realities of others and the different way to express faith in the God and Father of Jesus Christ."

Meanwhile, Abp. Franco Coppola, apostolic nuncio to Mexico, has lashed out at critics of the indigenous rituals held in the Vatican Gardens on October 4, emphatically stating that "at no time was there any act of worship on the part of the Holy Father or those who accompanied him: All of them were, all the time, in their seats."

In a lengthy post defending Pope Francis, the papal ambassador questions the "sources of information" on the event held on the Feast of St Francis of Assisi and insists that the Pachamama figures "are not idols, but symbols that as such represent life, fertility and the earth."

Coppola cites examples of inculturation from Mexico, calling them Catholic: "In all the indigenous areas of Mexico there are, among their inhabitants, perfectly 'Catholic' rituals, but for those who do not know them, they may seem 'pagan' or 'almost pagan.'"

Earlier, Bp. Felipe Arizmendi defended the presence of Pachamama at the Amazon Synod.

"They are not goddesses; it is not an idolatrous cult," he wrote. "They are symbols of Amazonian realities and experiences, with motivations not only cultural, but also religious, but not worship, because this is due only to God."

Arizmendi admits that he "felt annoyed" when he saw indigenous peoples prostrating to kiss the earth in his previous diocese, but understood that "the natives do not worship her as a goddess, but desire to value and recognize her as a true mother, because she is the one who feeds us, the one that gives us water, air and everything we need to live."

"It is very daring to condemn the Pope as an idolater, since he never has been nor will be. At the end of the ceremony in the Vatican gardens, they asked for a word and simply prayed with our Father," he stated.

On Monday, the Menorca diocese’s Secretariat for Missions welcomed the "itinerant missionaries,” inviting them to address a diocesan gathering. 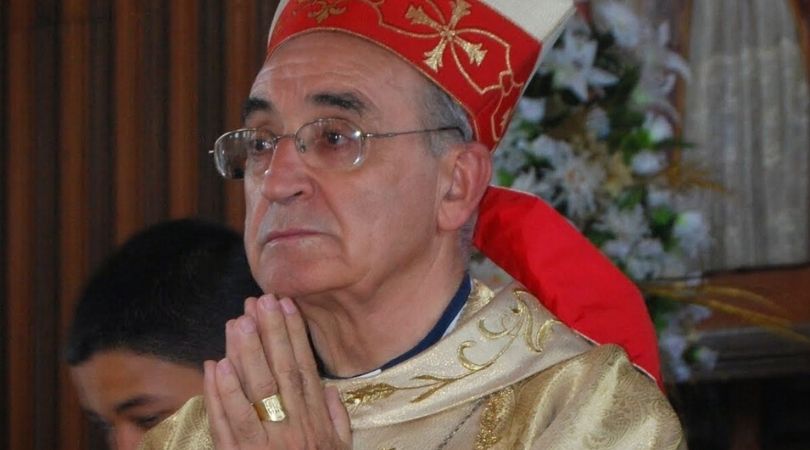 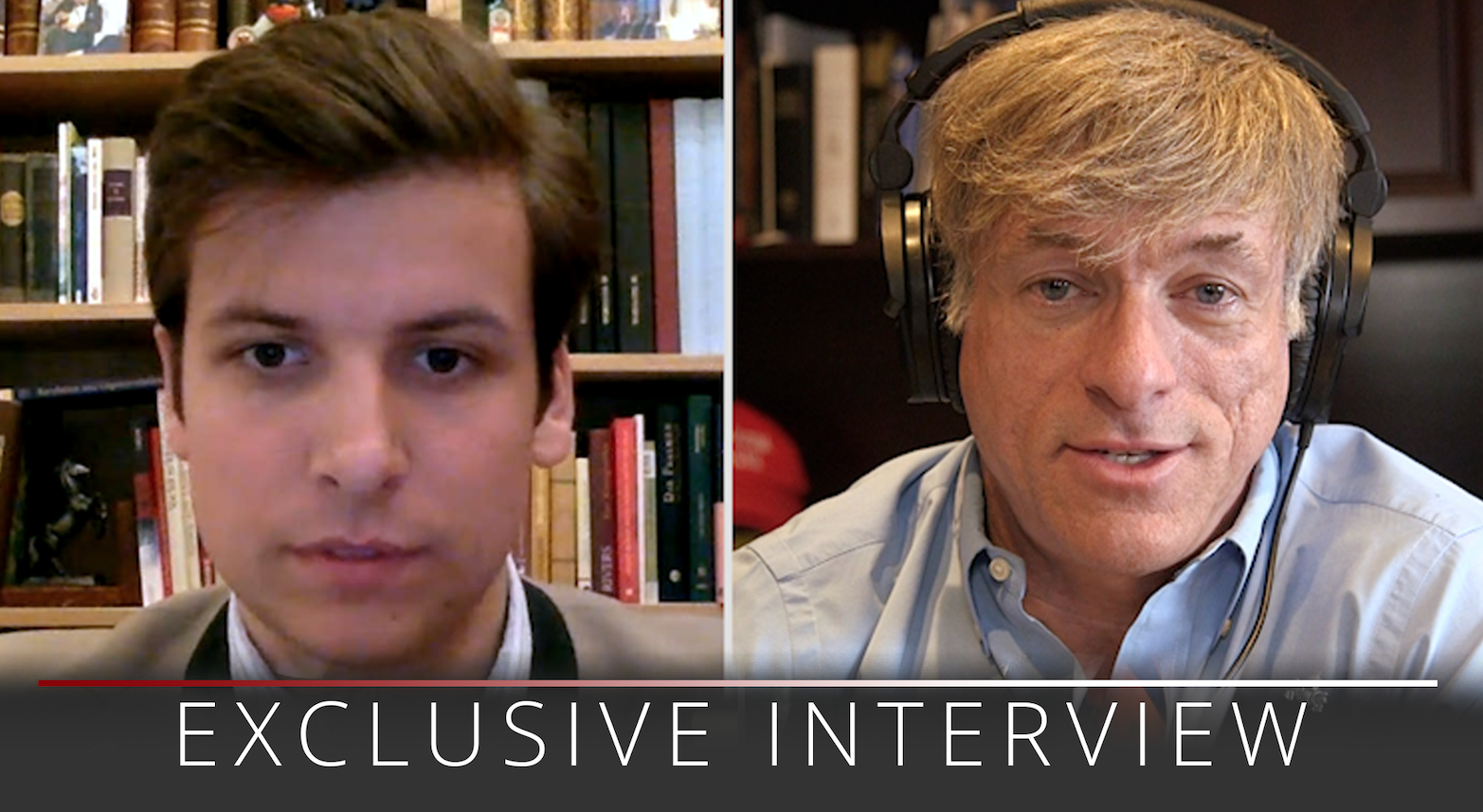 Communion Wars
Lose this war and be damned.
Evening News